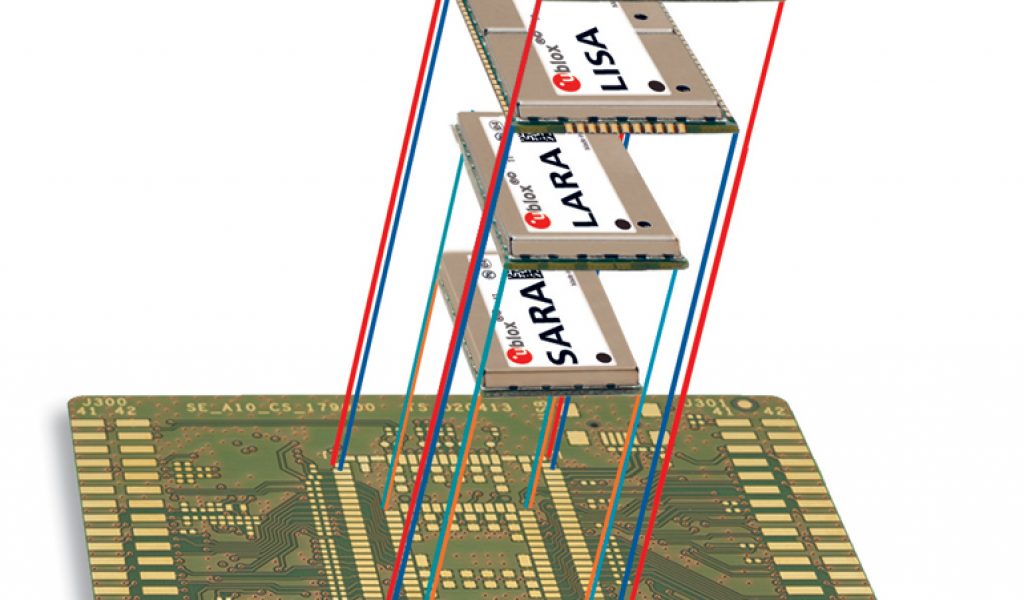 Despite LTE being a nearly ubiquitous communication technology, myths and misconceptions still abound around this complex and evolving cellular protocol.

But while LTE is a nearly ubiquitous communication technology, it’s still not well understood. Myths and misconceptions surround this complex and evolving cellular protocol, as well as the upcoming 5G cellular standard.

1. LTE is only for smartphones.

Today, most of us use LTE primarily through our smartphones, but LTE’s capabilities go far beyond checking Facebook and watching YouTube videos. While it’s true that LTE evolved from a need to provide communication bandwidth for smartphones, LTE has also turned out to be a robust medium- to long-range communication protocol for machine-to-machine communication in the Internet of Things (IoT). LTE today is being used for drone control, vehicle telematics, precision agriculture (Fig. 1), environmental sensing, and more.

2. LTE is just about higher speeds.

Driven by the need of the cellphone market for high-speed connectivity, LTE was initially created to provide high-bandwidth connectivity for smartphones. However, the high-speed capabilities of LTE allow it to efficiently serve medium and even low data-rate devices as well.

The extra carrier capacity created from upgrading to LTE allows cellular networks to provide efficient cellular connectivity at a variety of bandwidths. The need to support medium and low data-rate devices has been addressed in particular by recent releases of the 3GPP standard.

Release 13 adds two low-speed categories to the LTE standard, allowing it to efficiently support medium- and low-bandwidth IoT devices. These new categories are Cat  M1, which provides 1-Mb/s uplink speed, and NB-IoT (or Cat NB1), which operates at 63 kb/s to suit sensing and metering applications.

At these medium- and low-speed categories, cellular networks can efficiently and economically support large numbers of low-bandwidth devices. The end-user device reports its LTE category to the base station when establishing the connection, and the base station communicates accordingly with the device.

For embedded designers, LTE for the IoT can simplify device and network design. Whereas today’s IoT protocols often require gateways to connect devices to the cloud, LTE gives IoT devices a direct connection to the internet.

While higher-bandwidth categories of LTE used in smartphones use power-hogging techniques like MIMO to achieve superior data rates, lower-bandwidth LTE categories are designed for low power consumption to meet the needs of the IoT.

NB-IoT, for instance, uses a simplified network protocol along with narrowband transmissions to achieve robust long-range connectivity using low cost, low power radios(Fig. 2). Though the emphasis on low power consumption means NB-IoT throughput maxes out at 63 kb/s, for many IoT applications such as sensors and metering devices, this is more than enough.

In the early days of LTE, coverage was poor as it competed with other standards such as WiMAX and initially struggled for market acceptance. High rollout costs also meant network providers phased their LTE deployments to spread out the costs of base-station upgrades.

As time went on and consumer demand for high-bandwidth 4G connectivity picked up, the industry centered on LTE as the chosen 4G network standard, which has greatly improved LTE coverage. These days, network providers have finished their migration to LTE and coverage is excellent across North America, Europe, and Asia/Oceania.

5. LTE networks are difficult to upgrade.

The difficulty and expense of the migration from 3G networks to LTE makes it seem like future upgrades of LTE may also be costly and complex. For modern LTE deployments, however, network upgrades can be done through a simple software update to the base station and don’t require costly hardware replacements.

Along with the trend toward distributed and cloud-based base stations, where the base station hardware is decoupled from the radio antennae, upgrading LTE networks to the latest release is now quick and easy for cellular providers.

6. LTE is difficult to design in.

Hardware design challenges also scare off many designers from using LTE in their IoT designs. Higher-speed categories of LTE use spatial multiplexing with multiple antennas to achieve high speeds, and having to deal with the RF considerations of integrating dual, decoupled antennas into a cramped embedded device is a headache most designers would rather not deal with.

3. With the nested design principle, cellular modules can be upgraded without requiring hardware redesign.

For designers of industrial devices, design longevity is another concern when incorporating cellular technology, which seems to change every year. One elegant solution to the problem of differing cellular module form factors and pinouts is the nested design philosophy taken by u-blox. Using nested design, a single printed-circuit board (PCB) can accommodate different generations of u-blox cellular modules without redesign (Fig. 3).

The arrival of 5G cellular technology is getting closer each year, with preliminary tests already being carried out by major providers and significant progress being made on the 5G standard, which the 3GPP aims to finalize by 2018. Current projections show it coming to the consumer market by 2020 and bringing 12X speed improvements compared to current 4G LTE technology.

Unfortunately, while intra-generational cellular upgrades often only require simple software upgrades, the vast speed increases that 5G cellular technology will bring will require new radio hardware. Because of hardware upgrade costs, 5G will mostly likely be phased in gradually, similar to the way 4G LTE was phased in.

For those who choose to deploy LTE today, though, it’s not all bad news: This means LTE devices will be network-compatible for years to come.

8. LTE and 5G will only work in licensed spectrum.

Today’s cellular technologies work on licensed frequencies set aside for cellular use, but future versions of LTE and 5G are being proposed that will work in unlicensed ISM bands. This would increase coverage and network capacity for cellular network operators and enable higher data rates for end-user devices.

9. Wi-Fi and cellular will stay separate.

One exciting future development specified in the latest Release 13 of LTE and proposed for 5G is the blurring of Wi-Fi and cellular connectivity. Today, LTE and Wi-Fi are separate technologies. In the future, though, cellular networks may seamlessly log users onto Wi-Fi networks when available and users will be able to transparently roam between the technologies.

LTE/Wi-Fi aggregation is another way that cellular technologies will leverage unlicensed spectrum to improve network capacity, especially in areas already blanketed with Wi-Fi signals. This will help relieve network congestion currently experienced in densely crowded areas and improve coverage in indoor areas that are difficult to reach with traditional cellular networks.

Similar to how LTE is currently characterized for its speed, media attention on 5G focuses on the high-speed aspect. In fact, low-bandwidth IoT communications will be a key component of 5G.

Today, the IoT uses a bewildering number of wireless protocols and standards to connect devices to the cloud. These protocols have vastly differing performance characteristics, are incompatible with each other, and often require gateways to connect devices to the cloud. Just as LTE has been expanded to support lower-bandwidth devices through various categories, 5G will also support a broad spectrum of connection speeds for the IoT.

By unifying devices under 5G, device design and interoperability will be simplified. Instead of requiring gateways, devices will connect straight to the cloud just like today’s cellular devices. Designers can implement a single interface and be ensured that the device will operate wherever there’s cellular coverage.