73 mobile manufacturing factories have come up in India in last 2 years, says IT minister 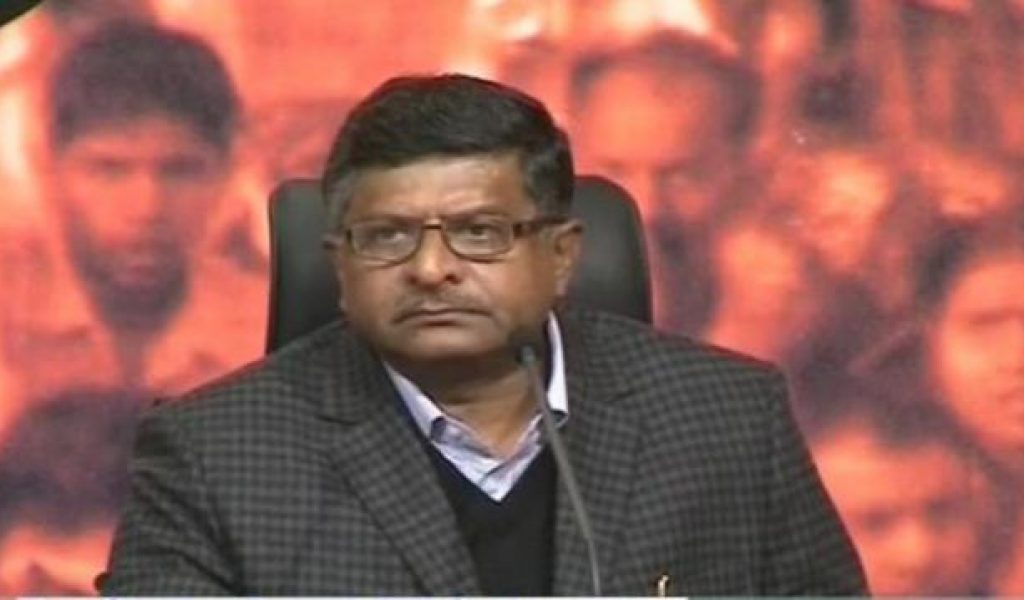 Minister of Electronics and IT Ravi Shankar Prasad on Tuesday asked the neighbouring countries to take a cue from the Indian model of improving governance and empowering the poor through digital initiatives.

Prasad was delivering the Keynote Address at the 10th South Asia Conference on ‘Strengthening Connectivity in South Asia’, organised by the Institute for Defence Studies and Analyses (IDSA).

Calling India the “home of aspirational population”, Prasad said: “Growth is important, but equity is also equally important.” Aspirations of the people in the South Asian region were the same, though they might differ in degree, he added.

More than ten million mobiles have been manufactured and India is becoming a big hub of electronics manufacturing, the minister said.

Indian companies can also export mobiles to the neighbouring and East Asian countries.

Speaking on how the recent digital initiatives are changing India, he said that the nation was at the cusp of a big transformation. “The aim is to spread digital services to provide people with good governance, as trusting them with digital technology can lead to awareness and empowerment.”

Earlier, speaking at the inaugural session, IDSA Director General Jayant Prasad noted that connectivity is at the core of regional cooperation and integration, as its key enabler.

An effective roadmap for building the regional public goods (RPGs) of connectivity and infrastructure would require four core areas to be addressed — institutional design, financing, sequencing and measurement, he added.

The two-day annual conference is being attended by a cross-section of policymakers, academics, diplomats and young professionals from the entire South Asian region.