Manufacturing in Vietnam Strengthens in March 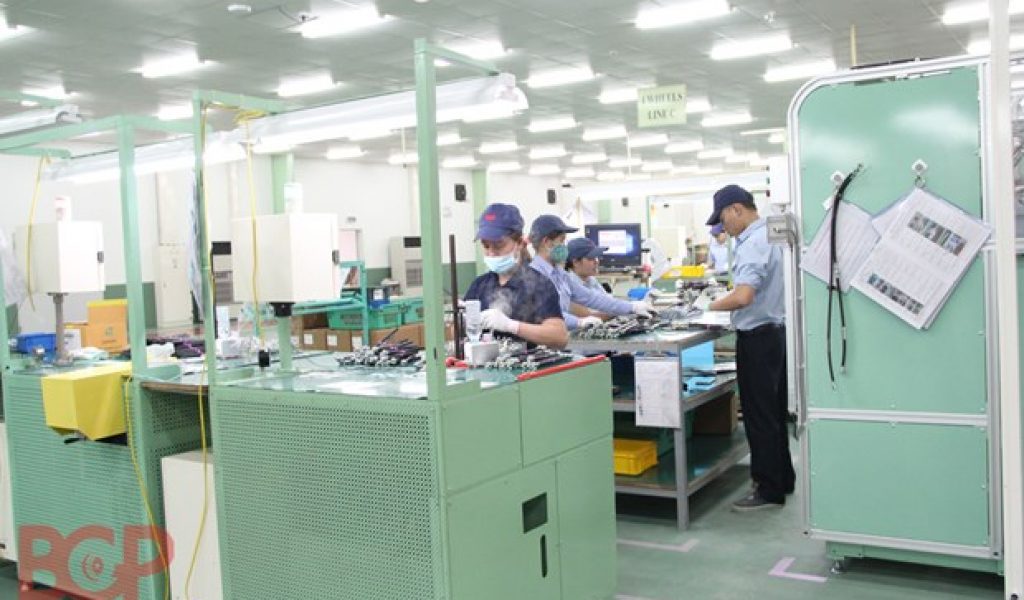 (VietnamPlus / VNA) – Vietnam’s manufacturing sector gained growth pace at the end of the first quarter, with marked increases in output, new orders and exports, leading to stronger rises in employment and purchasing activity, according to a report by the London-based global information provider IHS Markit.

In the report on Vietnam Manufacturing Purchasing Managers’ Index (PMI) in March revealed on April 1, IHS Markit said business confidence in the country also surged to a 20-month high.

The index rose to 53.6 in March, up from 51.6 in February and signalling a solid improvement in the health of the manufacturing sector. In fact, business conditions strengthened to the greatest extent in 27 months.

Signs of improving customer demand and success in keeping the COVID-19 pandemic under control helped to support rises in new orders and output in March.

New business increased for the seventh successive month, and at the fastest pace since July 2019. In some cases, clients had expanded their order sizes over the month. There were also signs of improvement in international demand conditions, helping lead to the greatest increase in new business from abroad since November 2018.

Production, meanwhile, rose at a much faster pace than in February, with the rate of growth hitting a 20-month high. Output was up across all three broad sectors, with consumer goods firms leading the expansion.
Higher new orders and expanded production requirements encouraged Vietnamese manufacturers to increase their staffing levels and purchasing activity during March.

Employment rose at a modest pace, but still the strongest since June 2019. Similarly, input buying increased to the greatest extent in 20 months.

On a less positive note, disruption to supply chains continued to affect the sector and led inflationary pressures to strengthen. Input costs and output prices rose at the fastest rates in just over three and four years respectively.

Difficulties sourcing raw materials remained, with suppliers’ delivery times continuing to lengthen. Issues with the importing of items, material shortages and a lack of shipping containers all contributed to longer lead times. That said, vendor performance declined to the least extent in four months and firms were able to expand their stocks of purchases.

Stocks of finished goods also rose, due to a combination of higher production and issues with the delivery of orders.

Shortages of raw materials, often due to the COVID-19 pandemic, led to a sharp and accelerated increase in input costs during March. In particular, higher steel prices and increased costs for items sourced from China were mentioned. The latest rise was the fastest in just over three years.

Output prices, meanwhile, were raised at the sharpest pace in just over four years as manufacturers passed on higher input costs to their customers.

Commenting on the latest survey results, Andrew Harker, Economics Director at IHS Markit, said the Vietnamese manufacturing sector saw growth step up a level in March, with production rising at the fastest pace in 20 months according to the latest PMI data.

Based on the historical relationship between the PMI and official numbers, the latest figures suggest manufacturing production secured double-digit growth year-on-year in the first quarter