A Review of Silicon Photonics

With the end of Moore’s Law rapidly approaching—some say it’s already here—new applications of older technologies are gaining attention. One specific area of interest is photonics.

The National Center for Optics and Photonic Education defines photonics as the technology of generating and harnessing light and other forms of radiant energy whose quantum unit is the photon. It can also be defined as the science and application of light. Photonic applications use the photon in the same way that electronic applications use the electron. So, it’s natural to think of photonic applications in a similar manner as we think of electronic applications. The connection back to Moore’s Law is that we want to integrate photonic structures on a typical silicon wafer, utilizing SI-based technology that the industry has been continually shrinking and improving. This aspiration has led to the creation of silicon photonics technology, where photonics structures are built directly onto silicon wafers.

There has been much interest and attention paid to silicon photonics in the past five years. In fact, university centers of excellence have been established at RIT and MIT and at many other research centers worldwide. The field of silicon photonics explores the optical properties of materials and their application in telecommunications, laser-based radar, data communications, sensing, and in many other areas.

Silicon photonics has the potential to dramatically improve the performance and reliability of electronic integrated circuits while significantly reducing size, weight, and power consumption. As quoted on the AIM Photonics website, “Developing a widely accepted set of processes and protocols for the design, manufacture, and integration of photonics systems will not only advance this technology in the United States, but also present a tremendous economic opportunity, with the overall global market estimated to grow to in excess of $795 billion by 2022. Integrated photonics will enable the advancement of the aforementioned applications, as well as others, in the 21st century in the same manner that semiconductor microchips fostered the revolution in computing over the past 40 years.”

Virtual fabrication is a form of simulation used for modeling process variability and can be used to model variability in these devices. SEMulator3D is a virtual fabrication software platform that models step-by-step processes and the impact of process variation and is useful in the design of silicon photonics devices. Along with its process modeling capabilities, it can interface with third-party FDTD tools to simulate the optical properties of a modeled structure.

Figure 1 demonstrates an example of using SEMulator3D for 3D process modeling of a silicon photonics device. The example highlights the flow of a process build for a Y-splitter, along with meshing and mesh export of the structure. The exported mesh is subsequently imported into a third-party FDTD tool, used to model the optical properties of the splitter (see Figure 2). 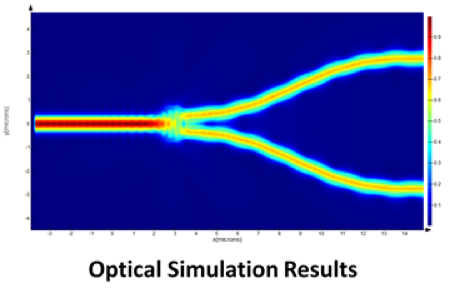 A directional coupler was also modeled in SEMulator3D (Figure 3) and sidewall angle variation impact on the optical properties of the device was studied. In this virtual experiment, DOE and Monte Carlo analysis was performed using built-in process variation and analytics capabilities. The resulting sidewall variation profile is shown in Figure 3. There is also a capability for modeling lithography impacts due to line edge roughness (LER). A complete process impact study of this LER effect is shown in Figure 4. The final step in the LER analysis (not shown) would be to create and export a mesh, followed by mesh import into a third-party FDTD tool to simulate the optical properties of the device. 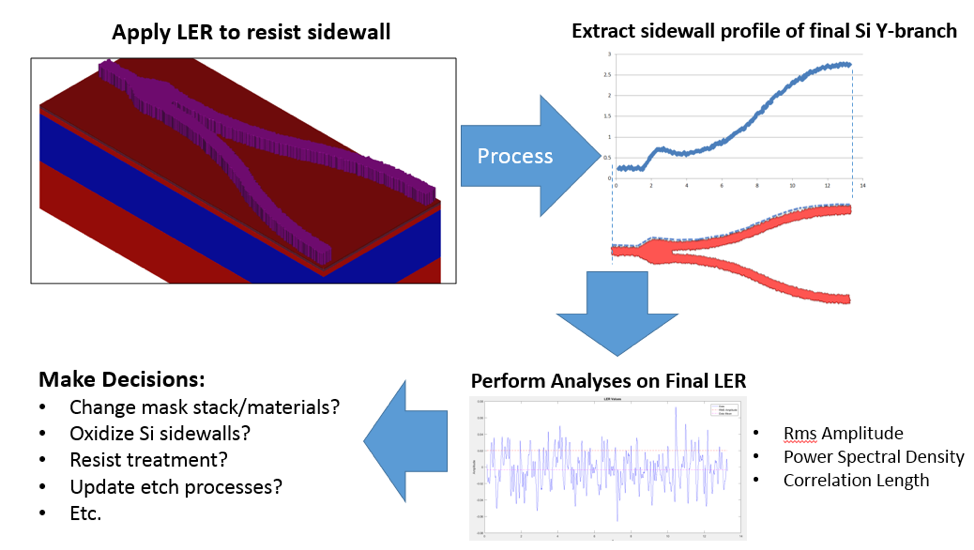 Figure 4. LER impact on Y-splitter. Final step in the process is the mesh export/import into FDTD simulation tool to optimize optical properties.