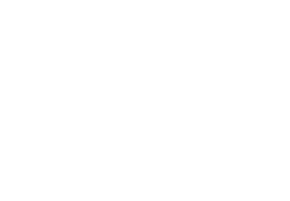 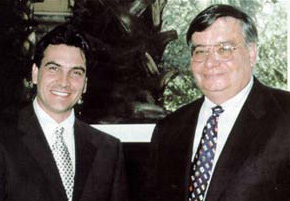 BY WALT CUSTER AND JONATHAN CUSTER

Business conditions have continued to improve throughout 2017. The global Purchasing Managers Index (Chart 1) was at a 44-month high in September, forecasting continued world manufacturing growth ahead.

Semiconductor sales have been especially strong, up almost 20% globally in 2017 versus 2016 – as they are driven by both better end market demand and memory chip shortages and resulting price increases (Chart 3). SEMI capital equipment (Chart 4) has benefited from the strong chip demand. It was especially strong by S Korean memory chip producers. 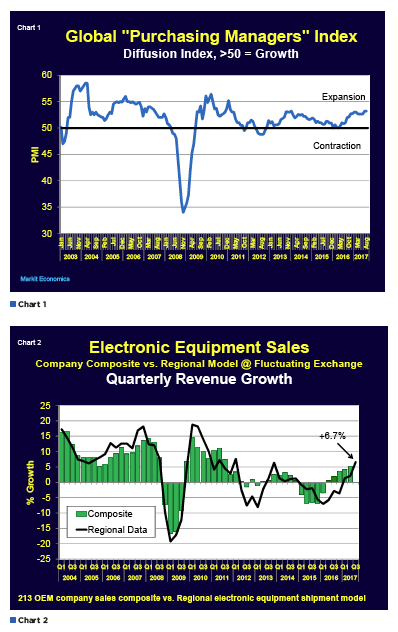 The 2016 global printed circuit market was recently estimated by IPC to be US$ 58.2 billion with over 50% of the production being in China (Chart 6). This autumn China’s sales have again risen seasonally (Chart 7). For this full year world printed circuit sales will likely increase 2-3%.

2017 has been positive – for the electronic equipment end markets, EMS and ODM companies, active & passive components, process equipment and materials!

• IoT connected devices are predicted to reach 7 billion by 2022. –ON World

• IoT in manufacturing market is forecast to reach $150 billion by 2024. –Global Market Insights 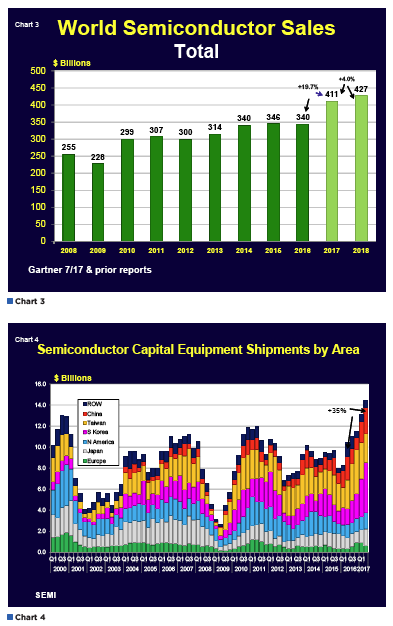 • Human machine interface market is forecast to grow at 9% CAGR to $7.4 billion by 2022. –Research and Markets

• Industrial robots sales for the electrical and electronics industry increased 41% y/y to 91,300 units in 2016. –International Federation of Robotics

• Wearable smartwatches are forecast to reach $17.4 billion in 2021. –Gartner 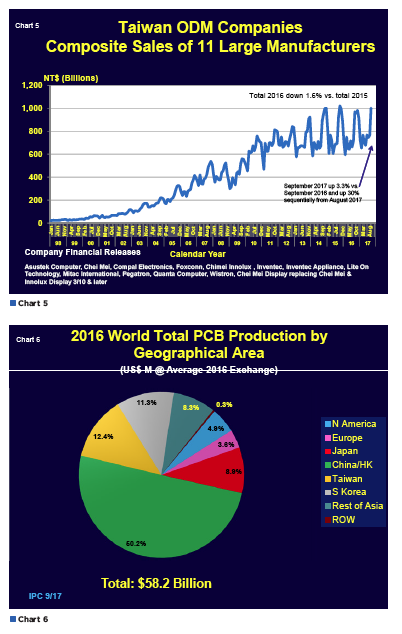 Testing, Inspection and Certification market is expected to grow at 5% CAGR from $184 billion in 2017 to $248 billion by 2023. –MarketsandMarkets

APS Energia spent 1.2 million zloty to add a modern SMD assembly line at its engineering and production center near

• is planning to invest over CNY37.5 billion to build a new smartphone plant in China’s Nanjing, Jiangsu Province. 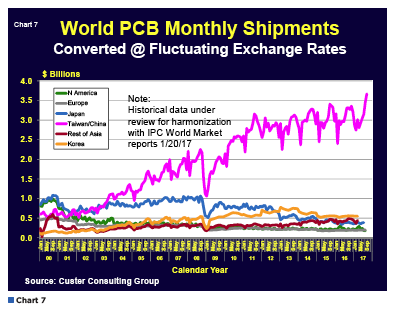 • plans allocated $5.74 billion to establish a smartphone and LCD TV manufacturing facility in Nanjing, China, which will include R&D, chip making facilities and a logistics center.

• and EnviroLeach launched an e-waste recycling plant in Memphis, Tennessee.

• subsidiary Nypro doubled the size of its medical device facility to more than 170,000 SF in Gurnee, Illinois.

Kitron invested in a SMT line in Johnstown, Pennsylvania.

Lite-On Technology invested US$45 million to establish an automotive electronics subsidiary in Suzhou and US$35 million for a storage devices and components subsidiary in Changzhou, China.

• closed its factory on the Indonesian island of Batam.

• reached a milestone of connecting more than 25,000 pieces of manufacturing equipment to the 42Q cloud solution.

TUV Rheinland India moved into a 14,000 SM facility in Electronic City in Bangalore.

ZKW Elektronik invested in a Scorpion high-speed dispenser from Essemtec.

• PCB design software market is forecast to increase at 13% CAGR to $4,800 million in revenues by 2026. –Future Market Insights

Calumet Electronics hired 30 new employees in September and another 30-40 in October.

Ion Science completed its move into a new ultra-modern 1500m² facility in Fowlmere, England with the purchase of a complete iineo Europlacer SMT pick and place production line system.

Shimadzu plans to double PCB production capacity in Philippines by 2019 with addition of more manufacturing lines.

Automotive electronics’ conformal coatings market is projected to grow at over 6% CAGR to $915 million by 2021. –Technavio

Electronic chemicals market is forecast to reach $39 billion by the end of 2026, on the back of growing demand from the semiconductor & IC and PCB industries. –Reportlinker

Epoxy composite market is expected to

ESD foam packaging market will grow at 6.3% CAGR from $173 million in 2017 to $233 million in 2022 due to the swift surge in the miniaturization of electronic devices. –Transparency Market Research

Laser equipment market (excluding marking) will grow at a 15% CAGR to $4 billion by 2022. –Yole Développement

• opened a design center in Japan.

Camtek completed sale of its PCB business to affiliate of Principle Capital.

ESI appointed Lynne Camp to Board of Directors.

Europlacer officially opened its manufacturing base and French HQ in Rocheserviere, France.

Nordson ASYMTEK named Per Orla-Jensen, GM of the Americas Sales and Support Teams and promoted Russ Horne to Sales Engineer and Marc McCormick to Technical Product Specialist for the Americas.

Taiyo America expanded its technical support and new business development with a new Dallas/Fort Worth office.

• Semiconductor fab equipment spending (new and refurbished) is expected to increase 37% y/y in 2017, reaching a new annual spending record of about US$55 billion. –SEMI

Taiwanese semiconductor industry is expected to increase 3.5% y/y to NT$2.54 trillion (US$84.5 billion) in 2017. –Deputy Minister of Economic Affairs

DRAM bit production will grow at 19.6% in 2018 as major suppliers intend to slow down the pace of their capacity expansions and technology migrations for chip price stability. –DRAMeXchange

• Automotive sensing market (MEMS and classic active sensors such as pressure, inertial, magnetic, imaging, radar and LiDAR) is expected to grow from $11 billion in 2016 to $23 billion by 2022. –Yole Développement

• applications (cartography, corridor mapping, exploration, meteorology, automotive and urban planning) market is predicted to grow at 26% CAGR to more than $5.2 billion by 2022. –Markets and Markets

Wireless sensor network annual unit shipments will triple in 2022 from 1 billion in 2018. –Research and Markets