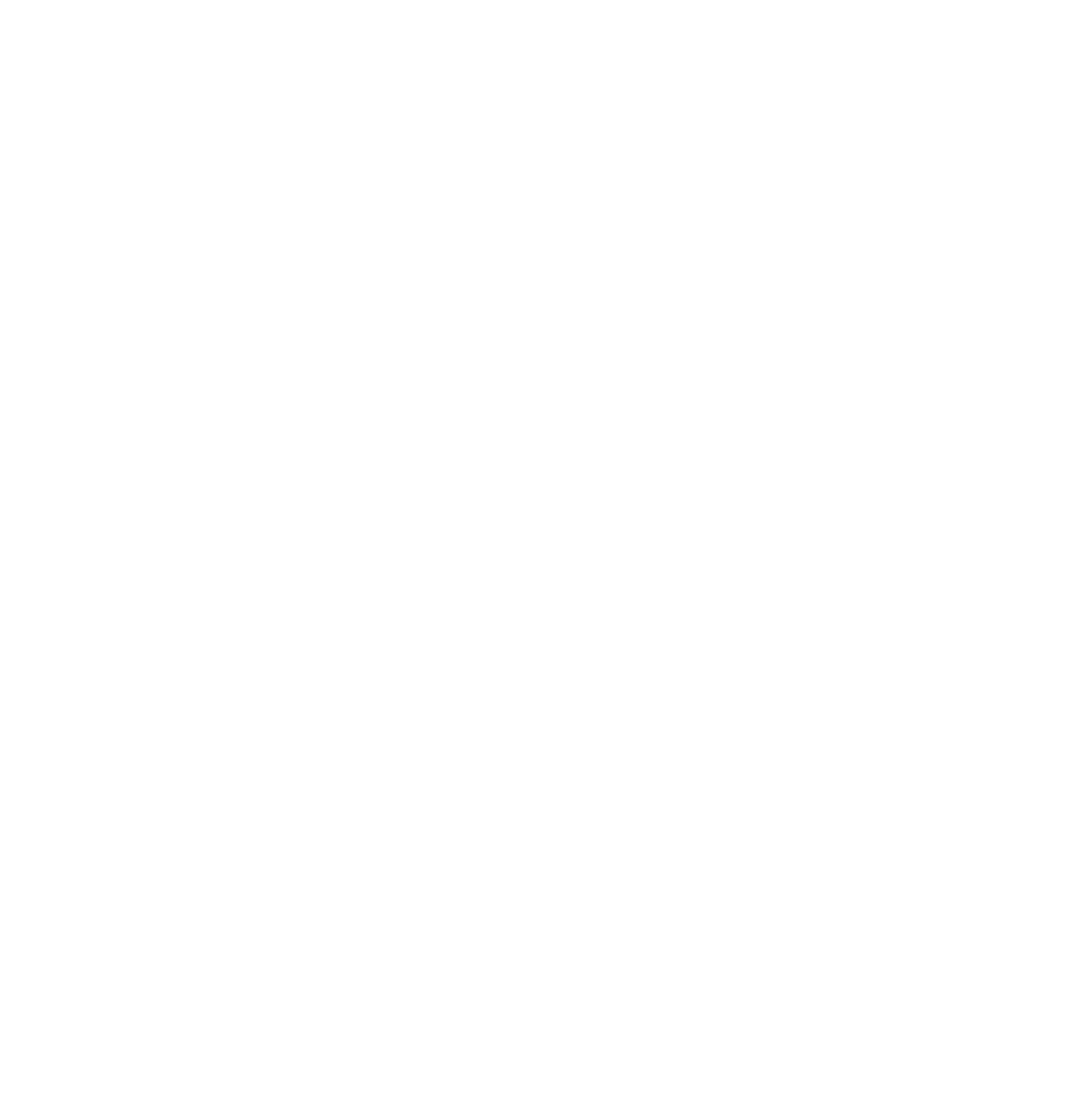 With the semiconductor industry in Vietnam expected to grow at a compound annual growth rate (CAGR) of 14.3% over the period of 2014 to 2019, momentum is growing in this emerging market. The electronics supply chain convened at SEMICON Southeast Asia (SEA) in Penang, Malaysia to explore new opportunities and technology.

The increase in Vietnam is driven by the recent increase in demand for devices. Electronics accounted for 23% of all Vietnam exports in 2014, up from only 5% in 2010, making it a key development focus of the Vietnamese government (Vietnam Trade Promotion Agency). “Foreign direct investment” manufactured goods make up a large portion of the electronics export market, with only a small percentage contributed by local Vietnam companies. The electronics industry in Vietnam increased its market share of the electronics industry to 38% in 2014, and with the increasing number of electronic items, Vietnam finds itself at the cusp of being an important electronics exporter within the region.

A new report indicates increasing demand from growing industries will drive growth. This research service provides information on the Southeast Asian SMT equipment market. The study provides an analysis of the total market as well as segments by country (Singapore, Malaysia, Thailand,Indonesia, Vietnam, and the Philippines), product types, end users, market competition, and distribution channels. The revenue forecast is provided at regional and country levels till 2020, with 2015 as the base year. Historical data from 2011 to 2014 has also been included. The end-user segments that have been included are: electronics, automotive, aerospace, medical, computing and storage, telecom, industrial, and others. Four types of products have been included: pick-and-place, inspection, screen printer, and reflow oven.

• The SMT equipment hardware market is estimated to grow at a Compound Annual Growth Rate (CAGR) of % during 2015–2020.

• Migration of electronics manufacturing from China to Southeast Asia is boosting capital investments in SMT hardware and software, driving the growth of the market.

• The key regions for SMT equipment hardware include Thailand and Vietnam that together accounted for % of the market in 2015. The latter is expected to grow at a CAGR of % during 2015–2020.

• With low levels of product differentiation on the hardware side and increasing competitive pressure, SMT equipment manufacturers have started to focus on providing value addition through software to differentiate their products from their competitors.

• The ability to provide line solutions is an emerging competitive trend which is likely to result in some impact on vendors and distributors that do not provide complete solutions to customers.

KEY QUESTIONS THIS STUDY WILL ANSWER

• Is the market growing, how long will it continue to grow, and at what rate? What are the key factors driving/restraining market growth?

• What are the key trends in terms of SMT equipment in the market?

• Which are the high-growth segments, and how is the market segmented by end-user verticals?

• What is the mode of distribution for the overall market and for the individual technology segments?

ASM International has been recognized as one of 26 companies receiving Intel Corporation’s Preferred Quality Supplier (PQS) award for their performance in 2015. ASM International has demonstrated industry-leading commitment across all critical focus areas on which they are measured: quality, availability, technology, customer service, labor and ethics systems and environmental sustainability. ASM International is recognized for their significa nt contributions providing Intel with front-end deposition equipment for ALD, PECVD and Diffusion, viewed as essential to Intel’s success.

“We are deeply honored and thank Intel for their recognition through this prestigious 2015 Preferred Quality Supplier Award, the first for ASM International in its history. This achievement reflects our long partnership, the value of our leading-edge materials deposition technology, and the significant progress we have made in our relentless drive toward operational excellence.” said Chuck del Prado, CEO & President ASM International.

Elite Advanced Technologies has opened a new European subsidiary based in Mol, Belgium.

“We wanted to be closer to our existing partners and more accessible to new ones” says Frederik Luppens, business development manager for Europe. “Being present in Malaysia, Taiwan and China gives us access to a large clientele of manufacturing companies but we noticed that designers, developers and decision makers are often in Europe and North America, hence we want to be closer to them to be able grant a world-class customer experience.”

The European subsidiary of Elite Advanced Technologies is in full operation since January 1, 2016 and based in Mol, Belgium.

Stadium also set up dedicated production capabilities within the factory to support the growing demand for its power products and wireless devices.

Spread across a 12,000sqm site, the new facility has four surface-mount production lines that can handle small-pitch micro-BGA ICs and miniature 0201-sized and odd-form components with in-line automated optical inspection (AOI), as well as through-hole assembly lines and lead-free wave soldering. The site offers medium- to high-volume capability including a chip-placement capacity of >6 million devices per day. The site also has an EMC chamber along with functional and in-circuit test capabilities, as well as equipment for automatic conformal coating and 24 injection moulding machines up to 450 tonnes.

The new facility has been in operation since July 2015, following the group’s decision to move its Asia operations from its previous manufacturing site in China after 15 successful years at a site near to the new facility. Due to meticulous planning and preparation, primarily carried out by the local team in China, the move was accomplished in just three weeks and disruption to customer orders was avoided.

Epson announced the launch of the new generation NS8000II series of IC test handlers in Southeast Asia for chip manufacturers and testers in the manufacturing and semiconductor industry.

The New Generation NS8000II series of IC handlers are capable of transferring, testing, and sorting up to 13,500 chips per hour. They deliver high consistency and accuracy, with standard contact pressure sufficient for high-speed testing of high-pin-count chips. The machines are able to test chips at temperatures as high as 155°C.

The IC handlers are used widely in testing of chips for wireless communication such as tablet PCs and smartphones, applications for Internet of Things such as wearables, as well as other applications within the manufacturing and automotive industries. IDC estimates that global spending on IoT devices and services will rise from $656 billion in 2014 to $1.7 trillion in 2020. That growth is expected to be fueled by growth in devices, connectivity solutions, and IT services.

Epson’s IC Handlers, developed from its advanced robotics technology, are recognised as the industry’s fastest and most accurate handlers for high-speed transferring, testing and sorting of chips for factory automation. Epson will be providing a one-stop IC Handler solution and will sell directly to customers.

Showa Denko K.K. (SDK) and its subsidiary Nippon Polytech Corporation have jointly developed a new grade product of solder resist to be used for manufacturing of Chip on Film (COF) circuits. Compared with our conventional grade product “NPR(TM)-3400,” the new grade product has 2.5 times of tolerance to bending, and protects finer patterns, while maintaining excellent levels of withstanding voltage, thermal resistance and moisture resistance.

Solder resists are insulating inks applicable to circuit boards and films, and protect electric circuits from extraneous materials and moisture. LCDs with frameless structure are increasing their share among flat screen TVs, PCs and smartphones, because the progress in definition of images increases the demand for larger displays with more flexible designs including less oppressive one. Our conventional solder resist “NPR(TM)-3400” has already secured 50% share of the global market for solder resists applied to COF circuits in LCDs, due to its reliable electric properties including applicability to fine circuit patterns with pitch of 20 to 30um, and competent tolerance to bending.