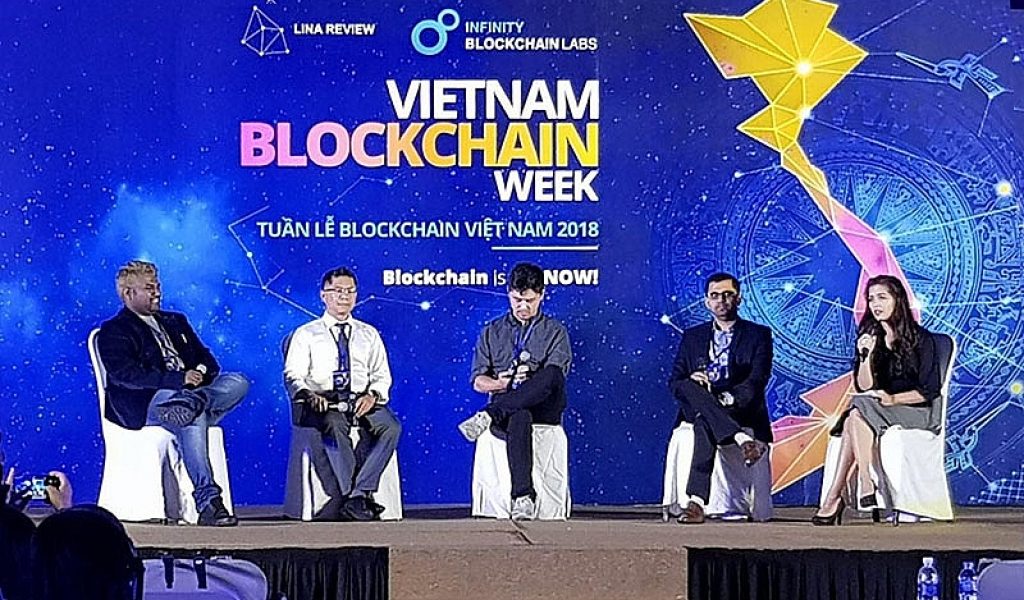 The very first Vietnam Blockchain Week has attracted 2,000 attendees and experts who were excited to discuss the future of this breakthrough technology in Vietnam.

At the inaugural Vietnam Blockchain Week held in Ho Chi Minh City on March 7-8, various issues relating to blockchain have been presented by speakers, panelists, and participants. The most pressing topics include understanding blockchain and its applications in various industries, ranging from finance and education to logistics and healthcare.

Blockchain is defined as the digital ledger that provides a secure way to capture and access information via a chain of “blocks,” or grouped data. Traditionally, business or personal information is often stored in one place—blockchain now makes it possible to decentralise transactions, agreements, and contracts in a supposedly safe and transparent manner.

At the Vietnam Blockchain Week, experts emphasise that it is important to separate blockchain and bitcoin, a type of cryptocurrency that is making headlines around the world due to its disputed legal status. According to Mitchell Pham, co-founder of LINA REVIEW, while blockchain is the technology underpinning bitcoin, its uses go far beyond digital currencies.

Pham referred to LINA REVIEW as an example. The blockchain-based platform is expected to disrupt the online review industry where everyone can build their own review system and get rewarded for doing so.

“The Vietnamese economy is growing very fast, prompting different industries to look into blockchain to increase the efficiency of their business,” he said.

The entrepreneur added that lots of young Vietnamese are skilled in mathematics and computer science, making the country an important source of talent for blockchain. For example, about 40 engineers in Vietnam are working to develop LINA REVIEW.

Another topic discussed during the two-day conference is how blockchain can revolutionise the banking industry. The technology is expected to simplify cross-border payments, allow faster shares trading, eliminate the middlemen, verify customers, and improve the customer reward process.

Unlike cryptocurrencies, blockchain is being embraced by governments around the world, including Vietnam. For example, the National Payment Corporation of Vietnam has already been testing out blockchain in some transactions between Singapore and Vietnam.

Ta Viet Dung, head of the Technology Application and Development Department at the Ministry of Science and Technology, said that Vietnam welcomes new technologies like blockchain to help boost the economy.

Leigh Flounders, co-founder of LINA REVIEW, stresses that Vietnam has a young population that is well-connected to the Internet, making it an ideal market for blockchain.

“Companies in Vietnam can improve their business by using technology, which is accessible and transparent, yet at the same time safe and impossible to be manipulated,” said Flounders.

However, he stressed that blockchain is not a “magic wand” to solve all business problems. Businesses should test out what areas of their management need blockchain before deciding to integrate their system with this new technology.