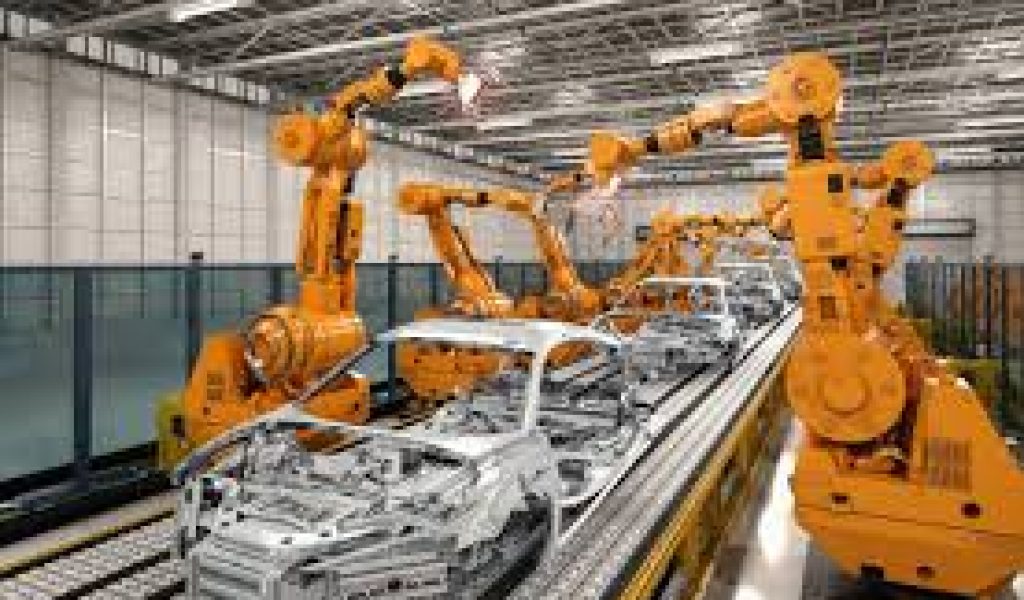 BRIC Conclusion: Things are a bit dicey. Manufacturing is taking a hit from the global trade war, although the service sectors are still expanding. On the plus side, inflation is contained, which gives their central banks room to maneuver. Unemployment is low, which should support modest increases in retail sales going forward.

Form an investment perspective, this is a higher-risk region. Investors with a higher risk tolerance who want to invest for the long term might want to consider taking a position in broader country ETFs. But for the risk-averse, this region should be avoided.

Let’s start with a table of key macro numbers:

The general trend in manufacturing is that the U.S.-China trade conflict continues to negatively impact corporate sentiment, which is depressing orders. Brazil is an exception to that, however, with increases in new orders, production, and employment in the latest Markit report. Service companies are still expanding with new orders and employment rising.

Next, let’s look at the OECD leading indicators: 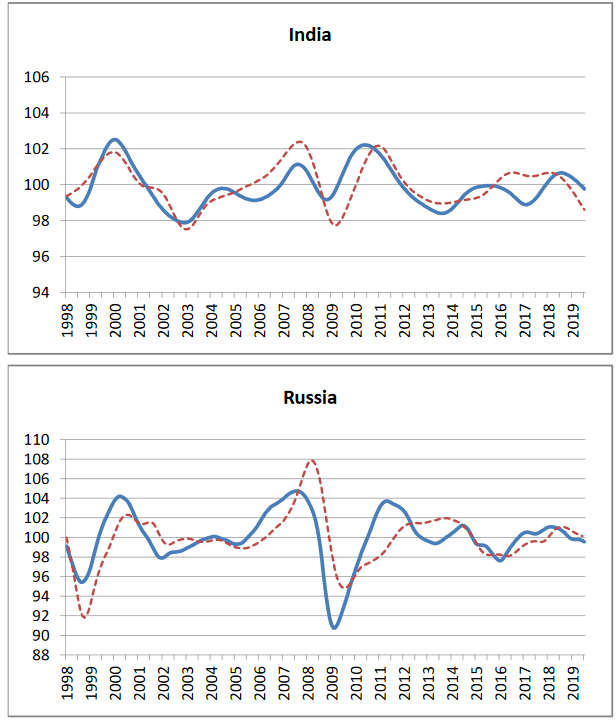 Both India (top chart) and Russia show slower growth on the horizon.

Only Russia’s ETF (far right) is in the middle of a solid rally – and it sold off with the global markets last month. Brazil (far left) is doing modestly well, but over the last year, it’s just as likely to have been moving lower as higher. China (second from left) has been trending lower since the late Spring, while India’s (second from right) recently sold off.

Leading indicator conclusion: The future is mixed. Manufacturing is clearly an issue for three of these countries. Most of the leading indicators are pointing towards sub-par growth. 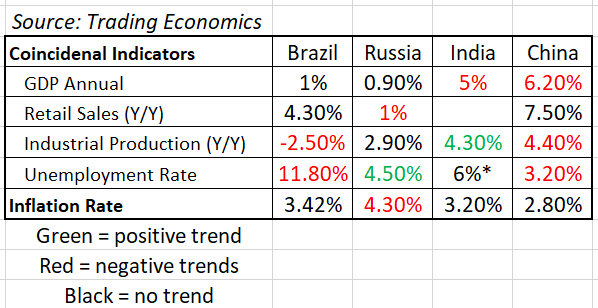 Brazil’s economy contracted from 2014-2017. This sent unemployment to over 12%, where it has remained since. Industrial production has been declining for the last year, but the decline has printed some very large fluctuations in the data. Inflation is contained. After the end of the last recession, retail sales have consistently grown on a Y/Y basis.

1. Recent data on economic activity suggest a possible resumption of the process of economic recovery. Copom’s baseline scenario assumes that this recovery will occur at a gradual pace. 2. The economy continues to operate with a high level of economic slack, as reflected in the low industrial capacity utilization indexes and, mainly, in the unemployment rate.

The bank also noted that the country needs a great deal of change to occur at the federal level, which probably won’t be coming anytime soon.

Going forward, the most likely scenario is from a middling level of economic growth.

Russian growth has been weak the last two quarters, printing .5% and .9% annual growth. Industrial production has been increasing at a steady rate. The unemployment rate has been declining for the last 8 months but retail sales have dropped as well. 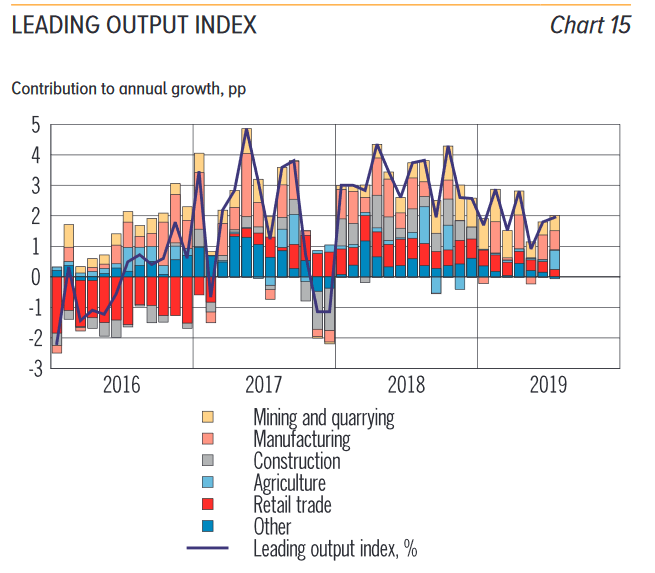 Indian GDP growth declined from 8% in 2Q18 to 5% in 2Q19. The unemployment data for the country is spotty, but according to the latest measure, it was 6%. However, this was for 2018. Industrial production has been trending between 2.7% and 4.3% Y/Y growth for the last six months (save for one weak reading). Consumer spending has been moving sideways for most of this year.

The Reserve Bank of India is projecting modestly softer growth (remember that this is for a developing country):

China appears to be weathering the trade issue modestly well. GDP has moved modestly lower, declining from 6.8% to 6.2% over the last few years. Industrial production’s Y/Y percentage change has trended lower over the last 12 months, dropping from 5.8%-4.4%. Although unemployment has also trended lower, the Y/Y percentage change in retail sales has as well (it’s dropped from 9.2%-7.5% Y/Y). Not only is China dealing with heightened trade tensions, but it is also making the transition from emerging to developed economy, which means to expect slower overall growth.