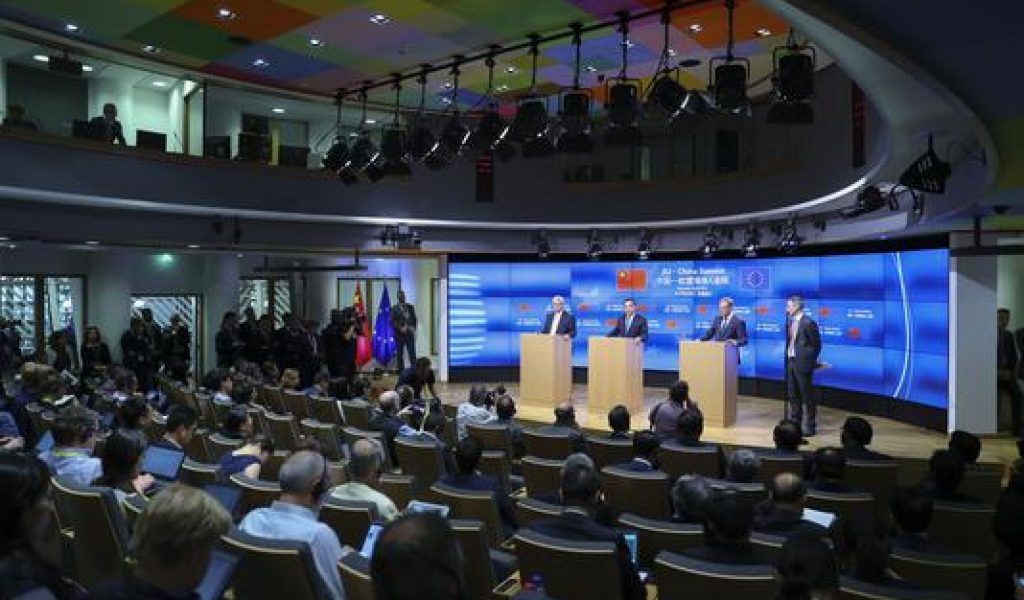 by Sello Rasethaba
Hundreds of small business and community enterprise owners from across the Brics countries converged in Tianjin, China, on Sunday to meet potential funders and market principals.The “2017 Brics Hi-tech SMME (small, medium and micro-enterprises) Cross-border Investment and Trade Co-operation Conference” will bring together regional and global leaders to deepen understanding of trade and strengthen financial co-operation opportunities among Brics businesses so that they grow.

This landmark gathering is organised by The Bank of China, together with the Financial Services Working Group of the Brics Business Council (China). It will start today and continue tomorrow.

The Brics Business Council was established during the 5th Brics Summit held in Durban in March 2013.

Among the major objectives of the “Cross-border Matchmaking” is to leverage the role of financial institutions as vehicles for small business development. All this, while providing cutting-edge financial services, products and support for Brics small and medium size businesses and community enterprises.

For South Africa, the conference could not have come at a better time than when government has renewed its commitment towards driving SMME growth as a powerful lever for radical economic transformation and inclusive development.

When delivering the Department’s 20-17/18 financial year budget vote debate recently, Minister of Small Business Development, Lindiwe Zulu, said they were moving with renewed vigour to ensure an enabling environment for new and established SMMEs and co-operatives, whilst unlocking their full potential as envisaged by the National Development Plan.

She outlined policies, legislation and regulations that create such an environment for small businesses to grow and thrive in the economy.

Zulu also stated that informal businesses, start-ups, existing SMMEs and co-operatives have, in different fora, raised the issue of lack of access to finance as a big challenge. She indicated that her department had a wide range of instruments, grants and loans available to mitigate this challenge.

She also outlined non-financial support like training and upscaling of infrastructure through the Shared Economic Infrastructure Facility programme, as another positive intervention to strengthen SMME support.

The minister stated that opportunities arising out of the R600billion government procurement spend will assist SMMEs and co-operatives with respect to access to markets.

The minister also announced that in February 2017, the department launched Peek – South Africa’s first digital portal and e-commerce platform for small businesses in the crafts sector. Peek links crafters and designers into the ever-expanding national and international networks of market opportunities. It highlights the very best of what South Africa offers in the crafts sector.

The department has established an international relations function aimed at taking advantage of opportunities offered by South Africa’s relationship with countries like Denmark and organisations such as the Global Entrepreneurship Congress.

Coupled with these interventions is South Africa’s participation in the “B20 Cross-thematic group on Small and Medium Enterprises” and “Brics’s FSWG SMME” programmes.

Worth noting is that the G20 and the B20 SME cross-thematic group has developed three highly relevant recommendations to the G20:

Facilitating SMME participation in cross-border trade – G20 members should facilitate SMME access to cross-border trade and global value chains by systematically including their voice and needs in trade agreements, by capacity building, and by easing business travel.

It is clear to see that the “2017 Brics High-tech SME Cross-border Investment and Trade Co-operation Conference in Tianjin, China” and related business-to-business sessions mark an important step for “building up” SMME financial service platforms among Brics countries.

Another important element of the conference is to promote trade co-operation between domestic and foreign customers by seizing the opportunities brought by the Beijing-Tianjin-Hebei integration initiative, the “Belt and Road” initiative, the China (Tianjin) Pilot Free Trade Zone and national innovation demonstration zones.

It also brings into the spotlight assistance to SMMEs of the Brics countries to expand international market presence, introduce advanced experiences and technologies, promote the transformation and upgrading of industries, and improve international competitiveness.

This is based on the commitment towards building the “China-Europe Advanced Manufacturing Industrial Park” and other high-end advanced manufacturing bases.

The conference will also advance efforts of meeting the equity and bond financing needs of SMMEs and sharing the policy advantages of Tianjin’s “Investment-Loan Linkage” policy.

The gathering will also focus on such hi-tech industries as new energy, new materials, high-end equipment manufacturing, biopharmaceuticals, electronic information technology and petrochemicals as well as traditional industries such as fishery, agriculture and light textiles.

Overseas enterprises in the Brics countries, “Belt and Road” countries as well as Europe, Asia-Pacific and Americas are all invited to attend the conference.

Meanwhile, it is crucial for Zulu’s Department to take advantage of the opportunities arising out of the Presidential Chief Executive Initiative comprising about 100 chief executives and business leaders working with trade unions and national treasury.

The Chief Executive Initiative has embarked on a number of projects that include finding investment opportunities in eight high-potential sectors, including agriculture, tourism and small- and medium enterprises. The Initiative has also set up the South African SMME fund to stimulate entrepreneurship and drive economic growth in the country, in order to create jobs.

It is important to note that the “2017 Tianjin China and Brics High-tech SME Cross-border Investment and Trade Co-operation Conference” is organised by the Brics FAWG with the support of the Chinese Ministry of Foreign Affairs, Ministry of Industry and Information Technology of the China, China Council for the Promotion of International Trade and other ministries and institutions and support from business organisations of Brics countries and the African Union, Association of Southeast Asian Nations and other international organisations.