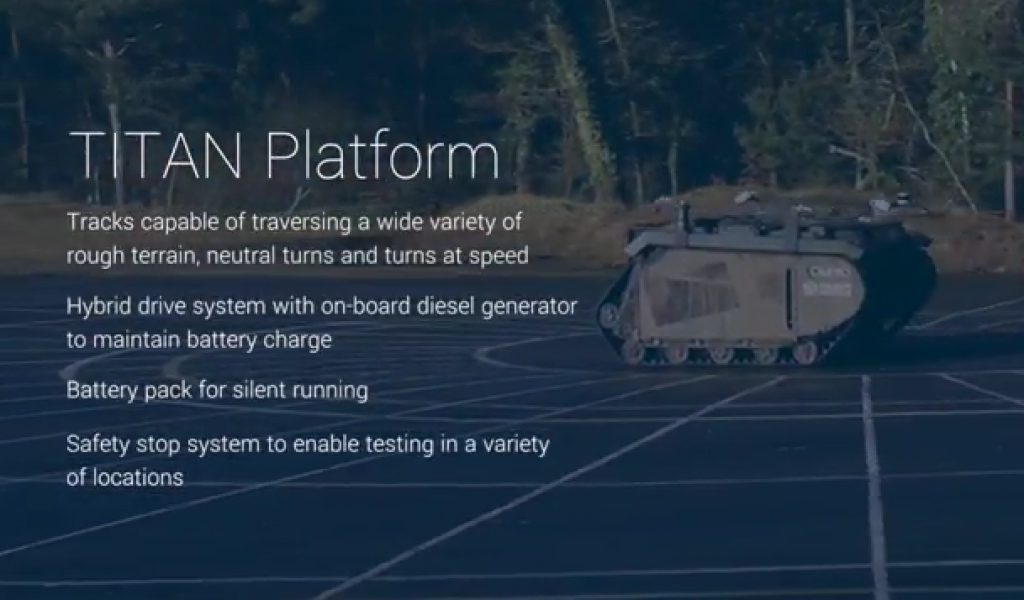 Drones and other unmanned systems are to be tested on Salisbury Plain by the British military, to tackle the costly and often dangerous task of delivering essential supplies to frontline troops.

One such company is Animal Dynamics, a spinout from Oxford University. The startup has turned to recent advances in computational analysis to help it learn from nature and challenge engineering conventions.

By tapping into design lessons from millions of years of evolution, Animal Dynamics is producing machines that mirror the mechanics of animals to help them perform better and move more efficiently.

The Financial Times reports that Stork, the firm’s autonomous paraglider, is one of five unmanned transport concepts chosen by the British government’s Defence, Science and Technology Laboratory for assessment during a four-week military exercise on Salisbury Plain this November.

The Stork consumes less fuel than a conventional drone and can carry up to 100kg of supplies over 100km. Its large inflatable wing can be used to glide without the use of the propeller, while most drones use fuel to keep themselves aloft.

Animal Dynamics also produces the Skeeter, a small-scale drone based on a dragonfly, and Malolo, a water-based vehicle propelled by a flapping, whale-like motion rather than a traditional propeller.

The other selected companies include Qinetiq, which has developed a tracked robot called Titan; Barnard Microsystems, which is supplying a fixed-wing drone; Horiba Mira, with its Viking autonomous truck; and Finnish company Fleetonomy, which is developing an autonomous quadcopter.

Each company will receive £750,000 in government funding to develop the concepts, with a decision to be made next year on which system is best suited to frontline supply missions.

Meanwhile, FLIR revealed that it is providing the US Army with miniature reconnaissance drones. In May, the Pentagon claimed that the military will have self-driving vehicles before the public does.

However, the UK’s Ministry of Defence is seemingly focused on the supply-line and reconnaissance capabilities of autonomous vehicles, rather than their offensive applications – though several of those companies taking part in the exercise have developed unmanned weapons systems, including the Predator drone and Qinetic’s Modular Advanced Armed Robotic System (MAARS).

Greater reliance on the technologies’ battlefield supply and reconnaissance applications would not only keep military personnel out of harm’s way, but also help the British Army keep long-term costs down at a time when it is facing ever-tightening budgets.

Nevertheless, many organisations – including AI and robotic systems vendors – fear the potential weaponisation of AI, and the rise of machines that have the autonomous power over life and death.

Just yesterday Internet of Business reported that 160 AI organisations, including Google’s DeepMind, have signed a pledge against the development and use of lethal autonomous weapons.

That announcement came in the wake of a Google employee rebellion against the company’s participation in the Pentagon’s Project Maven programme, which forced Google to quit the deal (effective from Spring next year) and publish a new ethical AI strategy.