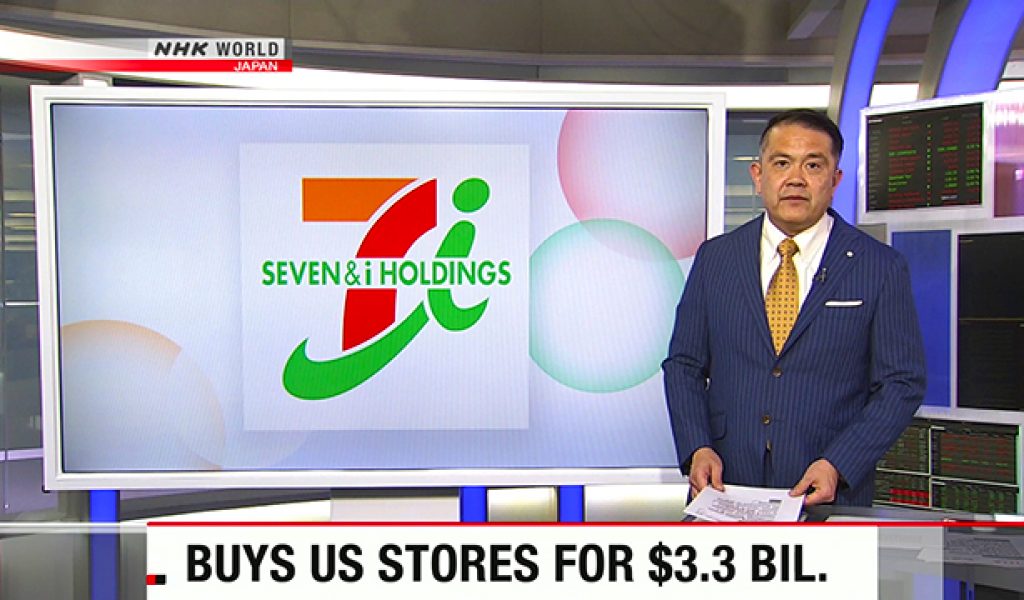 Japanese stocks tumbled and closed at this year’s low. That’s after the minutes from US Federal Reserve indicated an early reduction in bond holdings. Giang Nguyen has more from the Tokyo Stock Exchange.

Investors lost a lot of their risk appetite after the Fed minutes came out. The upcoming summit meetings between the US and China also kept them on the defense.

Turning to currencies, the dollar lost steam against the yen on the release of the Fed’s minutes. Earlier, it jumped to the mid-111 yen-level after the strong ADP payroll report in the US.

Let’s check individual stocks. Most sectors were lower. Exporters, including electronics makers like Japan Display and Pioneer, fell on the stronger yen.

Investors will now be keeping a close eye on the official US nonfarm payroll data due out on Friday.

Most other benchmarks in the Asia-Pacific region also ended in the negative before the US-China summit talks.

Sydney was down 0.3 percent.

Hong Kong’s Hang Seng index slipping by 0.52 percent. 24,273 is the closing number after 2 days of gains. Financials were sold on profit-taking. But property shares rose on strong home sales for March.

Over in Shanghai the Shanghai Composite bucked the trend, ending up 0.3 percent to 3,281, the closing number, to hit a 4-month high, there. Investors seemed to shrug off weak service sector activity data for March. Construction-related shares remained higher, boosted by the government’s plan for a new economic zone.

Japanese retail chain operator Seven & i Holdings will acquire convenience stores from a US company. It says the 3.3-billion-dollar deal will boost its presence in the country.

Seven & i will buy about 1,100 stores in Texas and other states from gas station and convenience store operator Sonoco in August.

“This acquisition is going to impact our financial condition initially, but I believe it will be highly profitable further down the line.”
Ryuichi Isaka / President, Seven & i Holdings

Seven & i operates 8,700 convenience stores in the US. The company plans to bring the number of stores to 10,000 by fiscal 2019 by offering unique products developed with local businesses.

Japanese delivery companies are handling a record number of packages due to the popularity of online shopping. They’re struggling with a serious labor shortage and the burden of having to re-deliver parcels when people aren’t at home. Yamato Transport says it delivered an all-time high 1.8 billion packages in the last fiscal year.

That was 7.9 percent higher than the previous year. The company handled about 1 billion packages in 2003. The figure rose to over 1.6 billion after the firm started to handle parcels from online retailer Amazon 10 years later.

Yamato is negotiating with online shopping firms and other major clients to reduce the amount of packages. The firm will also cut night-time re-delivery hours to reduce burden on their drivers.

Demand is rising for lockers that allow customers to receive parcels while they’re away from home. They’re useful as delivery firms are reviewing their services.

Electronics firm Panasonic received orders for 2,000 units last month. That’s more than 5 times a usual month. They had planned to introduce 3 new types of delivery lockers earlier this week, but had to postpone their release to June as supply for conventional models can’t catch up with demand. Company officials had predicted sales of about 15,000 units for the current fiscal year, but say the figure should increase.

The Asian Development Bank has released its latest economic outlook for the Asia-Pacific region. Analysts are forecasting a slight slowdown for the region this year, on the back of looming global risks and China’s slower-growing economy.

The ADB released its outlook for 45 economies in the Asia-Pacific, excluding Japan, Australia and some other industrialized countries.

The bank sees growth of 5.7 percent for 2017, down 0.1 of a percentage point from last year. The region’s economy has slowed for 3 straight years up until 2016.

The ADB says China’s deceleration will continue, amid ongoing structural reforms. The analysts are predicting 6.5 percent growth for this year, 6.2 for the next. The country is trying to shift its focus away from manufacturing and more toward the service sector.

India is expected to grow 7.4 percent in fiscal 2017, and 7.6 percent in 2018. The analysts believe stronger consumption and fiscal reforms will improve the country’s prospects.

ADB economists are also citing possible risks. They’re pointing to higher US interest rates, which may accelerate capital outflows from the region.

Leading Japanese chipmaker Renesas Electronics has unveiled a self-driving system for autos. It features safeguards against mechanical glitches and cyber-attacks.

Semiconductors control the vehicle’s operation. 4 identical chips are used as backups in case the others fail. The remaining chip would be able to safely stop the car. The vehicle has sensors and a camera on the roof to monitor traffic lights and its surroundings.

The car also has a system to alert the driver to a cyber-attack. If there is an intrusion, warnings are immediately shown on the navigation system display, and the car stops automatically. The firm aims to put the vehicle on the road in 2020 at the earliest.

Toshiba executives are facing a deadline. Unless they come up with an earnings report next week, there’s a chance their company — one of Japan’s biggest — will be delisted from the stock market. And it’s not their only problem.

The Japanese conglomerate is working to cover massive losses from its former nuclear subsidiary in the US. Westinghouse filed for bankruptcy protection last week. That limits Toshiba’s exposure to future losses — but not the debt already accumulated.

Executives have yet to clarify the damage. They’ve warned debts are likely to exceed assets by 5.6 billion dollars for the business year just ended.

Management has a plan to raise cash. They’ve decided to sell a majority stake in their semiconductor division. Shareholders backed the idea but they will still have to clear it with regulators.

Earlier Ramin Mellegard talked with Nana Yamada who’s been following recent developments on Toshiba. We asked her how the negotiations on selling the semiconductor business are unfolding.

Yamada: Toshiba is planning a second round of bidding in mid-May. And their executives hope to select a buyer by June. But the negotiations won’t be easy.

One reason is that the Japanese government is concerned about a foreign company getting access to Toshiba’s critical technologies. People familiar with the deal say that government officials are reluctant to sell the unit to a Chinese or Taiwanese firm on grounds of national security.

Another hurdle is whether the deal will get the go-ahead from anti-trust authorities. Toshiba has the second-largest global market share of NAND-type flash memory at 21 percent.

Samsung has the biggest share at 32 percent. Western Digital comes in 3rd at 15. And the top 5 manufacturers account for 95 percent of the market worldwide.

If Toshiba’s flash memory division is sold to one of its rivals, the deal will probably need to clear the competition law in the buyer’s country. That process could take a long time and may drag on.

Finally, the acquisition is expected to be huge, likely exceeding 1 trillion yen, or about 9 billion dollars. That’s a lot of money for a single company. It’s more likely Toshiba will be negotiating with a team of companies — obviously a longer process.

Mellegard: A lot of money, a lot of details there. Now, officials have already postponed their earnings report twice, they said they need more time for accounting of Westinghouse. Will they be able to meet the deadline and what happens if they can’t?

Yamada: We hear there are still differences between Toshiba and its auditing firm. Those have to be settled to release the earnings report in time. If their executives fail to announce it by then, they could ask for another extension.

But if the authorities reject their request, Toshiba officials would have no choice but to submit their figures within 8 business days. And if the company misses that date, Toshiba would be delisted. And that would create all kinds of headaches for the company.

It would find it harder to raise funds and also make it more difficult to bid for infrastructure projects, possibly having a negative impact on Toshiba’s future operations. That’s because Toshiba will be counting on infrastructure, after shrinking its nuclear business, and spinning off its semiconductor unit. So anything that clouds those prospects is obviously a concern.