Can Samsung rise from the ashes of its Note7 debacle? 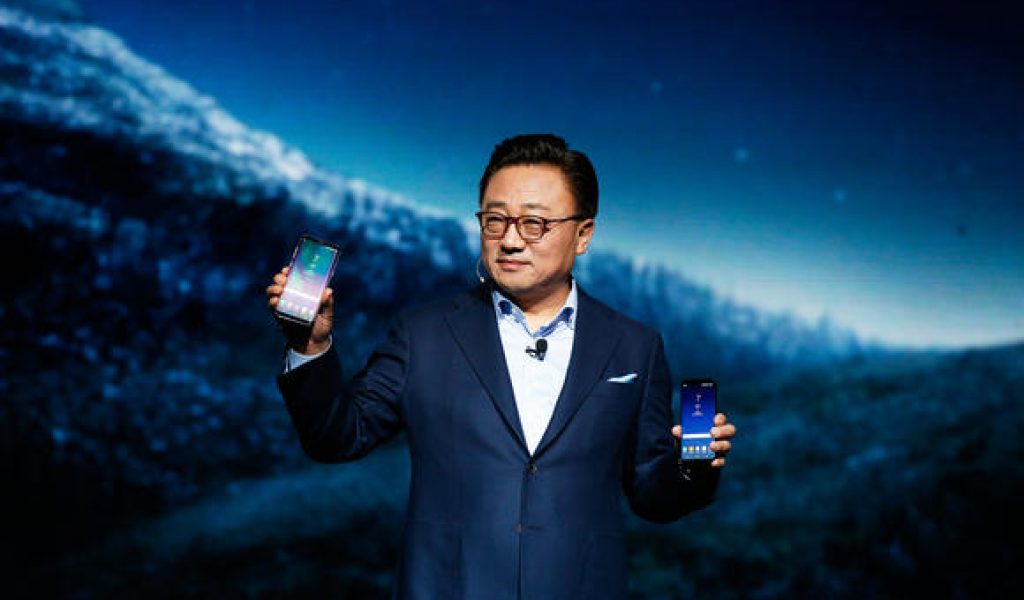 SEOUL Samsung Electronics is pulling out all the stops to make sure its latest flagship smartphone does not suffer the humiliating fate of last year’s fire-prone Galaxy Note7. Whether the new device will help the company to regain its leadership of the global smartphone market, however, remains to be seen.

The Galaxy S8 “will take you beyond the limits of what you have known before,” said Koh Dong-jin, president of Samsung’s mobile communications business, at the launch of the device on March 29 in New York.

Samsung spent over two years developing the phone’s hardware and more than six developing the software, Koh said. One innovation he touted was the Bixby intelligent assistant. With Bixby, users can, for example, photograph an unfamiliar wine bottle and be told the brand, how it tastes and where to buy it online.

The new device features a curved OLED panel that covers nearly the entire face and can play ultrahigh-definition 4K video. It will hit the market on April 21 at an estimated price range of $720 to $810.

CHECKING IT TWICE The biggest concern is whether Samsung can regain consumer trust. This crucial task falls to Kim Jong-ho, who heads the company’s newly established Global Quality Innovation Office. Kim used to serve Samsung Electronics as a quality control expert but was reassigned last year to serve as president of shipbuilding affiliate Samsung Heavy Industries.

Kim was transferred out because Samsung Electronics wanted younger blood in its leadership. But after a year, he found himself back at the electronics company, which saw his expertise as invaluable.

When it comes to quality control, Kim is the only one who can take the helm, a source close to Samsung said.

Learning from the Note7 fiasco, the mobile unit created dedicated teams to handle core components. The Global Quality Innovation Office, moreover, reports directly to Vice Chairman Kwon Oh-hyun, who chairs the board of directors and is effectively the No. 2 leader of the group.

Every process that goes into making smartphones, from development and production all the way to inspections, is double-checked by the newly-created office and the dedicated components specialists to prevent a repeat of last year. Samsung has also made Japan’s Murata Manufacturing, which is buying Sony’s battery operations, a third supplier of mobile phone batteries. The extra procurement source should minimize risks should any problems occur at a supplier. Samsung has said the overheating problems in the Note7 came from defective batteries.

A WAY OUT? The Galaxy S8 has drawn a positive reaction so far. Samsung built a smartphone with a superior design and high competitive advantage, said Lee Seung-woo of IBK Investment and Securities. Many analysts believe that the S8 will capture the demand that existed for the Note7, with sales in its first fiscal year surpassing the roughly 48 million Galaxy S7 units sold last year.