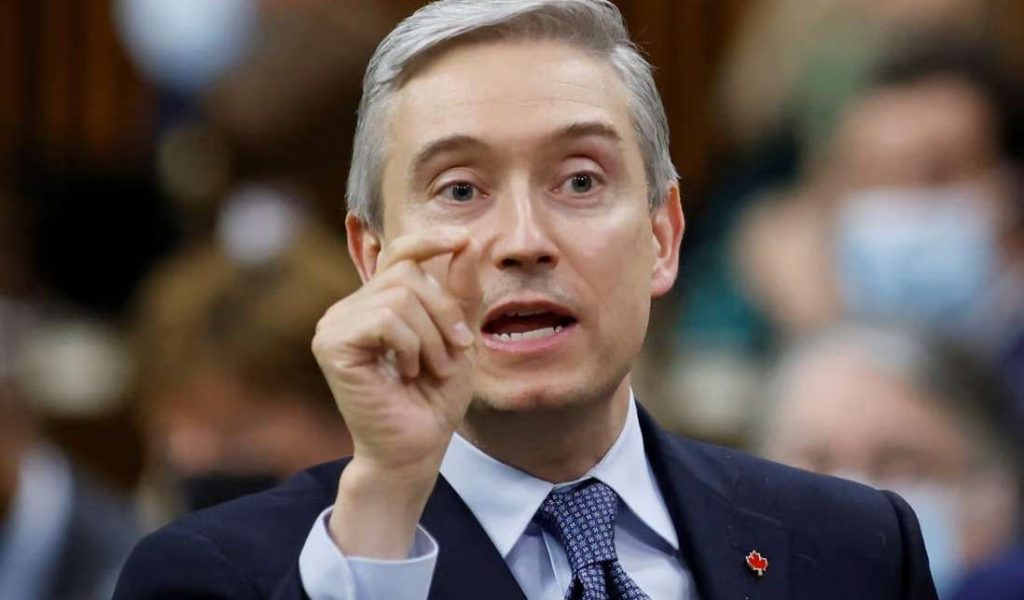 Canada’s government ordered three Chinese firms to divest from a trio of small lithium miners based in the country, days after introducing tougher rules on foreign investments in the nation’s critical minerals sectors.

Zangge Mining Investment (Chengdu) Co. Ltd., was ordered to divest from Ultra Lithium Inc., based in Vancouver, Canada’s federal government said in a statement on Wednesday.

The government ordered the divestiture after a “rigorous scrutiny” of foreign firms by Canada’s national security and intelligence community, Industry Minister Francois-Philippe Champagne said in a statement.
“While Canada continues to welcome foreign direct investment, we will act decisively when investments threaten our national security and our critical minerals supply chains, both at home and abroad,” Champagne said.

“The federal government is determined to work with Canadian businesses to attract foreign direct investments from partners that share our interests and values,” Champagne said.

Canada has large deposits of critical minerals like nickel and cobalt, which are essential for cleaner energy and other technologies.

Demand for the minerals is projected to expand significantly in the coming decades.

Earlier this year, Canada, the United States, Britain and a few other countries established a new partnership aimed at securing the supply of critical minerals as global demand for them rises.