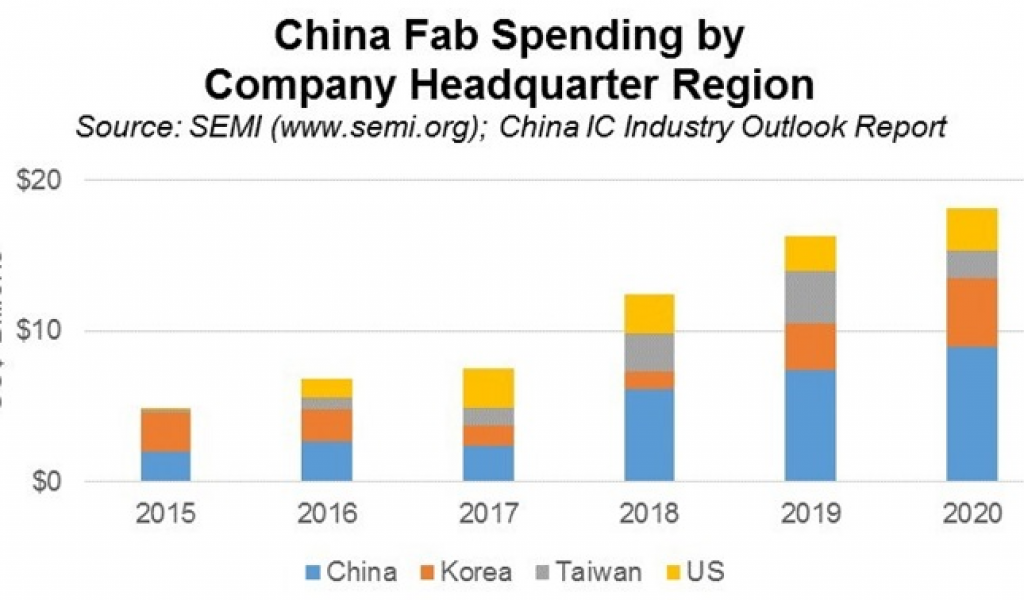 China’s annual IC production value is estimated to surge 28.8% on year to US$27.59 billion in 2018, mainly bolstered by sustained domestic demand, capacity expansions, optimized product portfolios and increased memory prices and output, according to Digitimes Research.

Based on the “Made in China 2025” program, China’s self-production rate of semiconductor products needed for the domestic market will reach 40% by 2020 and surge further to 70% by 2025, making it a crucial national policy to expand IC production capacities.

As new capacity expansions at the memory plants operated by Intel, Samgung and SK Hynix in China are expected to be completed as scheduled, Digitimes Research estimates the monthly production capacity of 12-in fabs in China will exceed one million pieces by 2025.

In addition, such China’s home-grown memory makers as Yangtze Memory Technology, Hefei Rui-Li IC, and Fujian Jinhua Integrated Circuit are all actively proceeding with the development of advanced memory products, but whether their planned new capacities can be completed as scheduled remains to be seen, given their still unclear sources of relevant technologies.