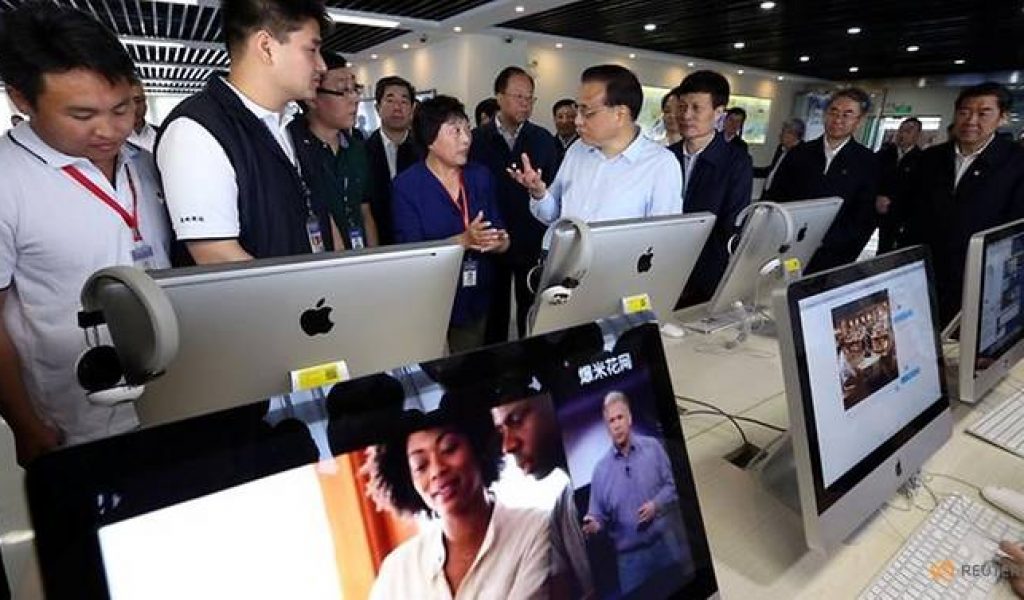 TAIPEI: China is the best place for expanding manufacturing and investment, the country’s premier told the world’s largest contract electronics maker Foxconn less than two weeks after its chief executive Terry Gou went to the White House to discuss increasing investment in the United States.

“We will continue to expand our development, and optimise the business environment. China has a huge market and lots of talent, it is the best investment place for expanding manufacturing,” Li Keqiang was reported as saying on the State Council’s official website, which carried pictures of Li’s visit on Tuesday to Foxconn’s sprawling manufacturing facility in Zhengzhou, Henan province.

The pictures showed Li being escorted by Gou around the facilities. The State Council statement said Li had encouraged Gou to further invest in high-end research and development as well as in supply chain production in China.

Li’s visit comes weeks after Gou and other senior Foxconn executives discussed significant investments in the United States at the White House.

At the time, Gou told Reuters that Foxconn was planning “capital-intensive” investments in America. On Wednesday, a person familiar with the matter told Reuters Foxconn plans to begin construction on a U.S. plant in the second half of this year. No other details were provided.

Analysts have said that Gou treads a fine line in balancing his business empire that straddles both the United States and China.

Foxconn is a major supplier to Apple Inc. China is the base for its assembly of Apple’s iconic iPhones, and where Foxconn employs about a million people.

Foxconn is also in the running as a suitor for Toshiba Corp’s chip business. People familiar with the deal have told Reuters that Foxconn is considered a U.S. security risk due to ties with China.

Reuters earlier reported that Japanese display maker Sharp Corp may start building a US$7 billion plant in the United States in the first half of 2017, taking the lead on a project initially outlined by its Taiwanese parent Foxconn.