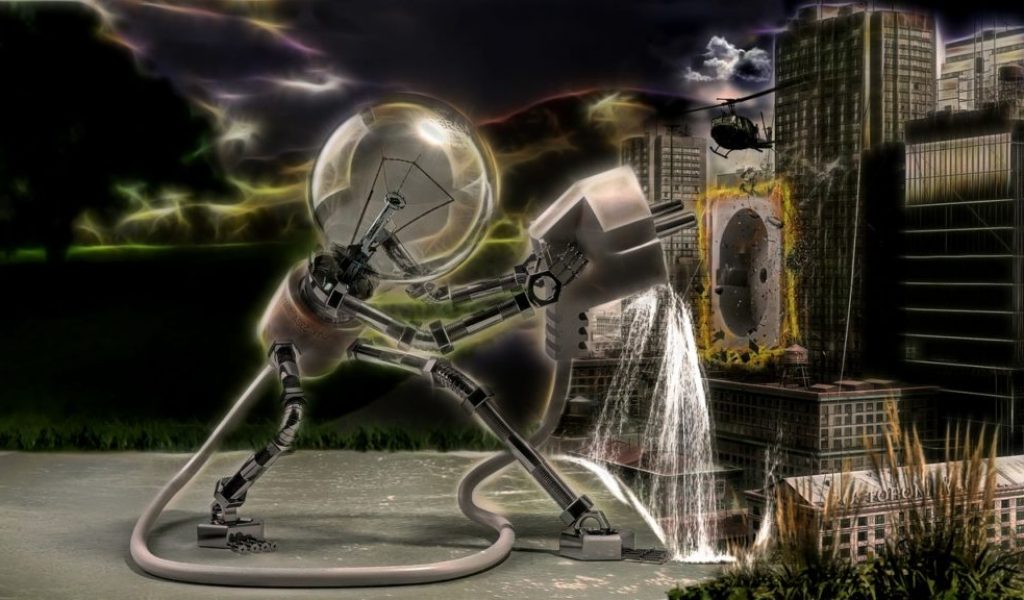 Why China is on the rise in Automation, Global Robotics, Industrial Robots – Industry Leaders

Chinese robotics is positioned for leadership in global robotics, as the emerging industry is moving toward increasing rivalry and consolidation.

In the new and emerging industry, the rise of innovative robotics startups heralds the future. In 2016, almost 130 companies were funded by venture capital, including China-based RooBo, Israeli Roboteam, and German ReActive Robotics. While the most valuable deals involved unmanned aerial systems companies (read: drones), they were followed by agricultural robotics, service robots for businesses and personal use.

The total amounted to almost $2 billion; over 50 percent more than in 2015 – itself a record year.

As emerging industries diffuse to mass markets, innovative startups typically become acquisition targets by major corporations that seek to consolidate the rapidly-growing industry. Last year was a milestone for such acquisitions in robotics and automation with 50 companies sold for more than $19 billion.

The top five transactions totaled more than $1 billion each, including German KUKA, which was bought by Chinese Midea; the Luxembourg-based Dematic (German Kion Group); and the US-based Intelligrated (American Honeywell).

Aiming at leadership, KUKA is pausing its acquisition spree to absorb new businesses. As a winning German company, it was known for reliability. As a winning Chinese company in global markets, it must achieve lower costs.

As evidenced by the boom of innovative startups, venture capital funding and industry acquisitions, global robotics is the new technology frontier.

Past investments by Chinese industry leaders, central and local government agencies and universities are paying off. In 2016, industrial robots beat all other categories in terms of output growth – integrated circuits, motor vehicles and mobile telephones – expanding by more than 30 percent.

Until recently, Chinese industrial robots were still relatively simple compared to such players as Japan’s Fanuc or Switzerland’s ABB. Two of three industrial robots that were purchased by Chinese factories from abroad, and most Chinese companies depended on imported foreign components.

Today, China is rebalancing from a low-cost ‘world factory’ to a world-class advanced-manufacturing power, which is precipitated by new technology-related initiatives, including Strategic Emerging Industries (SEI), Sci-Tech Innovation 2030, Internet Plus, and Made in China 2025. At the same time, Chinese industry leaders are moving from low prices to world-class innovation.

But market leadership will not come without competitive friction. And as global robotics is approaching consolidating phase, rivalries are about to become tougher.

In 2015, worldwide sales of industrial robots soared to 254,000 units. Almost two of three were sold in Asia; nearly half of these in China, and the rest elsewhere in Asia and Australia. In professional service robots, sales value rose to $4.6 billion; in personal service robots to $2.2 billion.

In global robotics, the key rivals feature the US, Japan (and to a degree, Korea), Europe and China. The US is most capital-intensive. Japan stresses innovation. Western Europe exemplifies greatest intensity (high ratio of robots per population).

Nevertheless, as the largest growth market, China is moving toward production leadership. US dominance in the automotive industry is no longer immune to competition, as evidenced by the 2016 purchase of US-based Paslin by Zhejiang Wanfeng, a subsidiary of a Chinese car parts supplier. The KUKA acquisition is boosting Midea in rivalry with Japanese innovation.

In 2015, markets were dominated by European and North America (80%), as against Asia (20%). Yet, the uptake of industrial robots in is accelerating regionally. In the first half of the 2010s, the annual supply of industrial robots rose by 70 percent in Asia/Australia. In 2015, China’s robot density was ranked only 28th in the world, but it is targeted to more than quadruple by 2020, as Chinese industry leaders said in the recent robotics summit in Shanghai.

Moreover, the regional strengths of incumbent robotics leaders are eroding, due to international uncertainty and the new US protectionism. Despite slow recovery, impending European elections suggest that regional disintegration remains a risk and complicates industry leaders’ efforts to achieve scale and scope in the region.

While three of four units in the NAFTA area (US, Canada, Mexico) are sold in America, the White House’s new protectionism has potential to undermine the very market US multinationals rely on for their leadership, as well as their sales in growth markets, such as China. Due to its deepening stagnation, Japan needs solid external growth, which was expected from the Trans-Pacific Partnership (TPP) that the US exited in January.

Conversely, China’s large-scale capital markets are still in their early phase and have a lot of room to grow, unlike in the US. The same goes for Chinese robotics density, unlike in Europe. Relative to Japan, China continues to grow 4-5 times faster. And while Washington is pushing for new barriers, Beijing is pushing for new globalization and regional growth (One Road One Belt Initiative), both of which will facilitate rapid rise of new industries.

Indeed, the fundamentals of the emerging industry and economic realities are supporting the rise of Chinese robotics in a way that is no longer possible for other major industry players.

The original commentary was published by China Daily on March 24, 2017