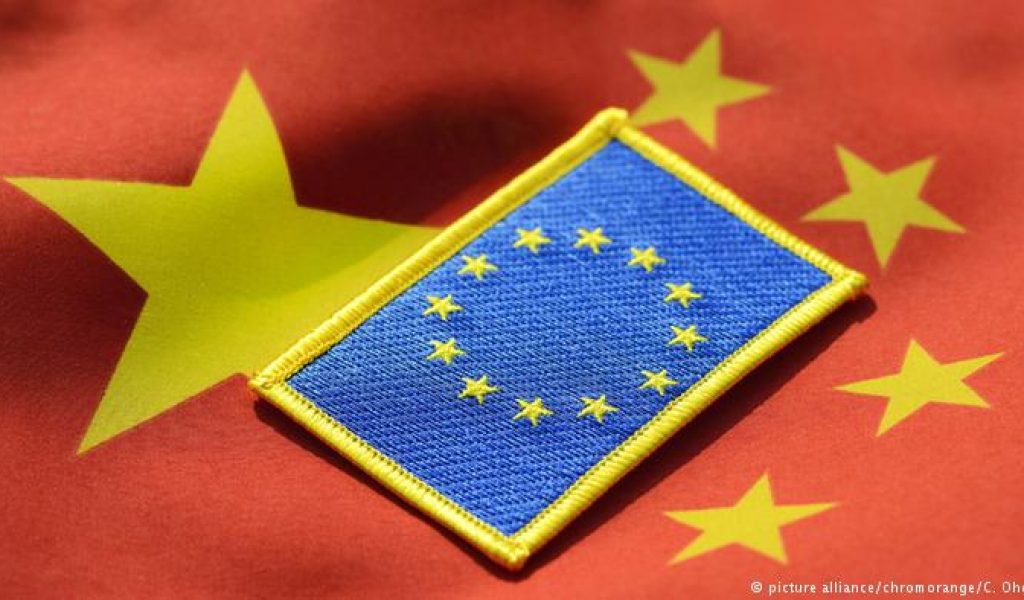 China has been a major investor in Europe over the past decade, pumping money to buy a number of strategic and high-tech assets. But Chinese investments have caused both exultation and trepidation. The European Union has been one of the most-favored investment destinations for China over the past decade, with Chinese firms channeling billions of euros every year to fund their acquisitions in the 28-nation bloc.

In 2016, Chinese FDI in the EU jumped 77 percent year-on-year to over 35 billion euros ($39 billion), according to a study by the Berlin-based think tank Mercator Institute for China Studies (MERICS) and Rhodium Group. Germany was by far the biggest recipient, raking in over 31 percent – or more than 11 billion euros – of the investment.

The investments have drawn a lot of scrutiny and raised worriesamong some sections in Europe, leading to debates about long-term risks associated with Chinese state-backed deals.

Some of China’s high-profile takeovers in Europe in recent years include the acquisition of German robotics firm Kuka by China’s Midea last year. The Chinese appliance giant’s purchase of Kuka for 4.6 billion euros stoked concerns about the transfer of high-end sensitive technologies to the Chinese. China is also a major investor in the UK. During Chinese President Xi Jinping’s state visit to the UK in 2015, Xi and then British Prime Minister David Cameron inked numerous deals worth around 54.6 billion euros ($61.9 billion).

Among them was an accord facilitating Chinese funding and participation in a controversial nuclear project – the Hinkley Point C nuclear plant.

Beijing and London say they are hoping for a new “golden era” in their relationship as the UK prepares to leave the EU. China is one of the countries the UK hopes to sign a free trade agreement with after it leaves the EU. Τhe port is viewed as a gateway to Asia, eastern Europe and north Africa. It handled 16.8 million passengers and 3.6 million 20-foot equivalent units (TEUs) of containers in 2014. But the sale prompted dockworkers to hold strikes in protest as they feared job losses. China’s investments are not limited to Western Europe. More attention has been showered on Central and Eastern European (CEE) nations as well. Last year, Premier Li Keqiang stressed Chinese interest in the region by announcing a new fund worth $11 billion to pump fresh capital into the region.

Beijing views the region as a gateway to larger Western European economies like Germany, France and the UK.

As part of this strategy, for instance, China last year signed an array of deals with the Czech Republic worth billions of euros. Chinese conglomerate CEFC has also acquired stakes in a Czech airline, a brewery, two media groups and a top football team.

Observers say Chinese investments and growing influence in CEE have hampered the EU’s ability to take a unified stance on matters related to China. But an increasing number of Chinese foreign acquisitions are being cancelled due to a tightening of regulatory hurdles in Europe as well as in the US.

Last year, 30 deals worth about $75 billion had to be abandoned as a result of a regulatory crackdown and foreign exchange restrictions, according to a study conducted by law firm Baker McKenzie and Rhodium Group.

In Europe, 20 deals worth $16.3 billion were scrapped. Included among them was the proposed Chinese takeover of German chip equipment maker Aixtron for 670 million euros. The failed acquisitions reflect growing nervousness in Europe with regard to Chinese acquisitions of sensitive technologies. The EU has no body similar to the Committee on Foreign Investment in the US to scrutinize and block foreign takeovers involving critical technologies.

The European side’s frustration partly lies with the Sino-EU investment imbalance – the fact that Chinese investors spend much more on acquisitions in the EU than the other way round. They lament that China maintains an array of barriers that impede foreign investment and ownership in various sectors such as telecommunications, healthcare and logistics. China’s plan to climb the advanced manufacturing ladder is another source of concern. The “Made in China 2025” strategy is aimed at moving the Chinese economy away from labor-intensive and low-value production toward higher value-added manufacturing in 10 key industries, including machine tools, robotics, railways, aerospace and information technology.

But observers say any EU-wide policies hindering Chinese investment into the bloc are unlikely. They point to the importance of the Chinese market for EU firms and the fact that many European nations view it as a key source of financing.