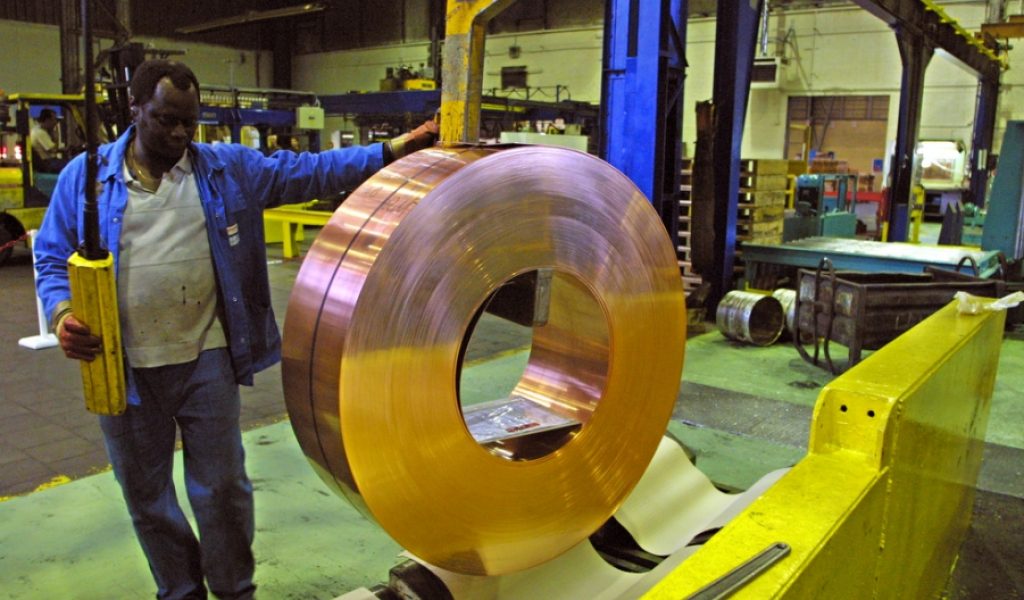 The low cost and generally competitive quality of printed circuit boards (PCBs) produced in China has tempted ever more electronics manufacturers worldwide to offshore their PCB sourcing to that country over the past decade.

South Africa has been far from immune from this phenomenon, and nor will the country be exempt from an impending copper shortage, warns local supplier Cirtech EDA’s business development director, Nechan Naicker.

Cirtech EDA’s existence dates back to early 2015, when local PCB manufacturer Cirtech joined forces with the PCB sourcing arm of EDA Technologies, which had already established a long-standing partnership with the NCAB Group. Since its inception in 1993, NCAB has grown to become the world’s largest PCB manufacturer, producing 90 million boards (mostly in China) and turning over 131 million Euros annually.

Naicker’s years of experience in the PCB industry, through his relationship with NCAB, has given him a broad perspective and wealth of knowledge on the subject. “Over 51% of PCBs nowadays are made in China, where the government offers huge incentives for PCB factories to be established – this has been a massive shift over the past decade. During that time there have unfortunately been many PCB factories that have gone bankrupt as a result of these global market forces. For example, the UK used to have some 300 PCB factories; now there are about 35.

“Sadly we have seen the effects of this in South Africa too, with more than one local PCB factory having closed down in the last few years. The problem is the cost of keeping the machinery up to date and to get the latest technologies. The cost of raw materials is going up and labour costs are going up globally, putting a lot of strain on PCB manufacturing. The pricing that China is offering means that the landed cost in South Africa is in some cases a lot cheaper than it is possible to make the boards locally,” he explains.

Similarly, it is Chinese incentives that are at the root of a copper foil shortage that could reach crisis proportions for the PCB industry. “I don’t want to panic the industry,” Naicker assures, “but to make people aware of what I foresee as becoming a major problem in the coming months. The problem is not that there is not enough copper in the world, but its conversion to copper foil that is the problem.

“Copper foil is an essential ingredient in the production of PCB laminates, and for the past 10 years there has been more than enough copper foil so companies did not see any need to invest in expansion or additional plants. Now what has happened is in the last year or two, the Chinese government has given massive incentives for electrical vehicle production, and since copper foil is used to make electric vehicle batteries, this is causing a shortage for PCB manufacturers.”

The effects, says Naicker, are already being felt and are set to worsen. “We are already seeing laminate prices skyrocketing, with an obvious knock-on effect on the pricing of printed circuit boards. Lead times are also being pushed out. In South Africa we will probably see the effects of this towards March or April 2017, after the Chinese New Year. In my opinion, this is going to be one of the biggest shocks to the electronics industry since we had all those issues with tantalum capacitors a few years ago, due to the shortage of tantalum.”

While Naicker is confident that the situation will normalise over time, he says there is no quick fix to the problem since it will take 12 to 18 months for any new copper foil factories to get up and running. “The PCB industry is facing a massive problem for the next 2 years at least – this problem is not going to go away over night,” he warns.

To ensure continuity of PCB products, Naicker advises customers to be proactive in managing their PCB supply chain. “Google search phrases such as ‘China PCB copper shortage’ and the problem becomes a reality,” he explains. “If your current PCB supplier hasn’t hinted of any lead time or pricing issues yet, brace yourself. Local manufacturers will feel the pinch as soon their laminate stocks are depleted, and very few will survive unscathed.

“The risks of not taking appropriate measures now could be detrimental to a company, and one could wake up some day sooner than later with a sudden disaster. The ‘cross fingers and hope for the best’ approach will not pay off. We encourage all our clients to be proactive rather than reactive.”

The crux of the dilemma

The prices for copper clad laminates rose steadily during 2016. The largest laminate suppliers like Nanya, Shengyi and Kingboard increased their prices from 7-20% during July and August last year alone, and they have indicated that they will have to review their pricing as frequently as every two months. This price adjustment is directly and adversely impacting the final PCB pricing.

Small to medium-sized PCB manufacturers are struggling to secure a steady supply of laminates as the larger players with much stronger buying power are reserving supplies for their own production forecasts. To secure laminate stock, the smaller PCB manufacturers are sometimes required to pay upfront and must buy on a minimum order value. This is placing a large strain on cash flow and is limiting the ability of PCB manufacturers to offer extended payment terms to customers. Some manufacturers have now reduced payment terms to 14 days, demanded upfront payment for some accounts, or have imposed minimum order values on all orders.

Larger PCB manufacturers have invested large amounts of money into robotics and automation of the PCB production processes, and it is not surprising to see only a handful of people now working in a PCB line that once employed many dozens of persons. This automation has resulted in greater efficiency, higher production throughput, and greater profit for further expansion. All of this compounds the challenges faced by smaller manufacturers, and unfortunately raises concerns about the ability for smaller manufacturers to sustain their businesses. Already over the past few years, hundreds of PCB manufacturers in China and around the world have been forced to close their doors.