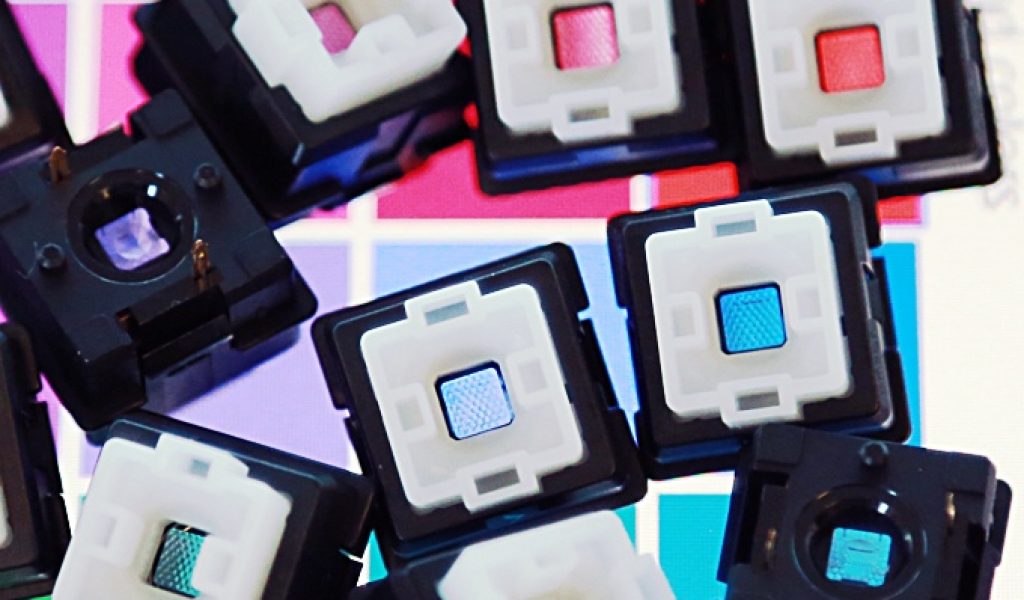 Apparently, enough people believe in Das Keyboard’s 5Q keyboard concept that the device obliterated its original $100,000 crowdfunding goal. The total amount pledged at present is a whopping $580,902. In doing so, Das Keyboard unlocked a couple of choice hardware upgrades, too.

The Das Keyboard 5Q is a different kind of keyboard. It’s connected to the cloud and begs users to program it for tasks as varied as email notifications, CPU usage graphs and of course key and lighting programming. Das Keyboard–already an established keyboard vendor–took an unusual approach to launching the product. Instead of simply listing it for sale and marketing it, the company decided to crowdfund it on Kickstarter.

The Switches That Shall Be Named

Somewhat lost in the chatter about the 5Q’s cloud-connectedness and associated capabilities is the fact that the company is employing a different type of switch onto the keyboard–a special-edition switch made by Omron called the Gamma-Zulu mechanical switch.

Although not much of a name in the keyboard switch market, you’ve almost certainly clicked an Omron switch before, because they’re overwhelmingly present in mice. This step into a keyboard market saturated by Cherry and Kailh is intriguing, to say the least.

The Gamma-Zulu switches have 1.5mm pretravel and just 3.5mm total key travel–both metrics that are newly but increasingly common–and they require 45cN actuation force and 55cN to get over the tactile bump. Das Keyboard said the switches are rated for a 100 million-clicks lifetime and will feel similar to typical Brown switches.

Of further note is that these switches have an LED “pipe” running through the center of the switch to ensure centered backlighting. This design is augmented by additional LED technology. Das Keyboard stated in its campaign:

Combined with groundbreaking electronics, it makes the RGB LEDs many times brighter than any other RGB keyboard currently on the market. RGB+ Electronics (that’s its code name) increase LED efficiency to blinding levels. Furthermore, we use high quality surface-mount (SMT) LEDs, coupled with a diffracting lens and an ultra-clear light guide.

The escalation in funding triggered two hardware upgrades. The first is an aluminum top panel, which Das Keyboard said was the most-requested upgrade. Once the campaign capped the $500k mark, it unlocked the second upgrade in the form of WASD keycaps. In the same update, the company stated that it would also be “creating translucent, black keycaps in different languages that are currently not provided, including Spanish, French, etc.” It’s unclear if WASD will be making those.

Translucent black keycaps in the darkPromises

In addition to the above, Das Keyboard stated in an update that it’s going to be providing the 5Q is as many different languages and layouts as possible. “Many of you have asked for specific keyboard layouts and keycaps in your language. We will collect your requests for exactly which layout and/or keycap set you want after the campaign and BEFORE we ship,” reads the post in part.

The company also said that it would finalize all pledges within 14 days, and then Kickstarter will begin processing them. There is no timetable for when the 5Q may head into production, though. The price tag looks to be $229 when it eventually hits the market.