Dealing with e-waste the nanotech way 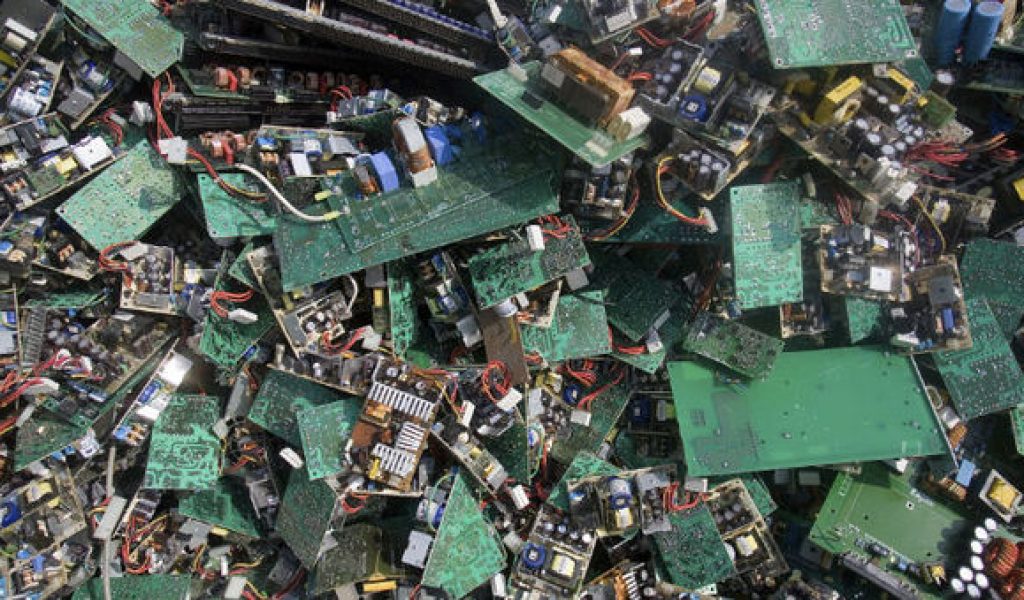 The new method, described in a study published March in Materials Today, is scalable and environment-friendly, say the researchers from the Indian Institute of Science (IISc), Bangalore, and the Rice University in Houston, US.

In the study, the researchers followed the principle that ultra-low temperatures make materials brittle and easy to pulverise and separate. They placed a PCB in a rotating cylinder with temperatures brought down to minus 119 degrees Celsius before bombarding it with steel balls to shatter it into nanoparticles which were then dispersed in water.

“Physical crushing requires a lot of energy, especially when dealing with complex circuit boards with a variety of components. Smelting circuit boards is more economical and feasible.”

The nanoparticles could be put to various uses, the researchers say. They could be added to polymer composites to strengthen them, used in 3D printing or in the making of polymer powder-based paints. Metallic nanoparticles can be reused after purification by well-known methods.

“With some preliminary sorting, the method can handle most PCBs, says Kamanio Chattopadhyay, research guide, professor at IISc and an author of the study. Although the technologyis still in the laboratory stage, the research team is now working with an industry to demonstrate its scalability and effectiveness.

Scaling up the process, Chattopadhyay says, depends on factors such as the existence of an efficient supply chain of waste as well as viable business models “including the availability of capital, expected return and the policy environment.”

Others are less optimistic.

Currently e-waste is dumped in landfills, incinerated or treated with chemicals to recover valuable materials, but these are not regarded as environment-friendly processes.

This piece was produced by SciDev.Net’s Asia & Pacific desk.