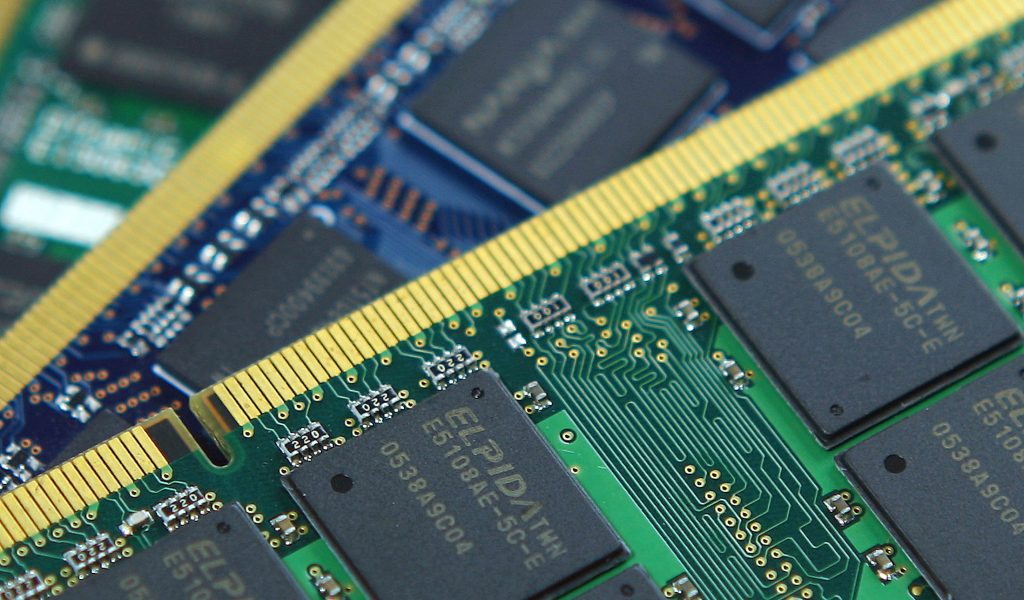 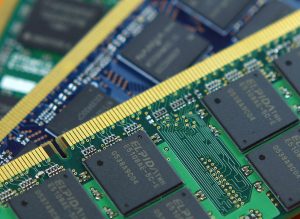 After DRAM prices made a rebound into an upward trajectory in 1Q21, buyers expanded their DRAM procurement activities in 2Q21 as they anticipated a further price hike and insufficient supply going forward, according to market researcher TrendForce.

Not only was demand robust from clients in the notebook segment, which benefitted from ongoing WFH and distance learning applications, but CSPs also sought to gradually replenish their DRAM inventories. Furthermore, demand for products that are relatively niche, including graphics DRAM and consumer DRAM, remained strong. Hence, DRAM suppliers experienced better-than-expected QoQ increases in their DRAM shipment for 2Q21. At the same time, DRAM quotes grew by a greater magnitude compared to the first quarter as well. With both shipment and quotes undergoing growths in tandem, DRAM suppliers registered remarkable growths in their revenues in 2Q21. Total DRAM revenue for 2Q21 reached USD 24.1 billion, a 26% QoQ increase.

However, heading into 3Q21, the issue of mismatched component availability began surfacing in the upstream supply chain and bottlenecking the assembly of electronic devices. Some OEMs/ODMs (especially notebook manufacturers) have therefore scaled down their DRAM procurement due to their relatively high level of DRAM inventory in comparison with other components. As a result, although most DRAM suppliers remain bullish on the market’s future, the growth in demand from certain product segments is likely to slow down, since DRAM buyers still carry ample inventory. In light of suppliers’ insistence on raising quotes, TrendForce expects the overall ASP of DRAM products for 3Q21 to undergo a QoQ increase, albeit at a narrower 3-8% now compared to 2Q21.

The three dominant suppliers (Samsung, SK hynix, and Micron) of DRAM products put up similar revenue performances for 2Q21 as they saw an increase in both ASP and shipment, with the latter surpassing the suppliers’ expectations. On the demand side, buyers showed an increased willingness to expand DRAM procurement because they anticipated that prices will rise even further. In addition, frequent shortages of various semiconductor components this year drove buyers to stock up on DRAM ahead of time so as to avoid potential manufacturing bottlenecks due to low DRAM inventory. Hence, each of the three suppliers increased its revenue by more than 20% QoQ in 2Q21. Samsung in particular registered the most remarkable growth, at a 30.2% QoQ increase. For 3Q21, these suppliers will not only continue to hike up quotes, but also increase their quarterly shipments by a similar magnitude. TrendForce thus expects their market shares to remain relatively unchanged from the previous quarter.

DRAM suppliers likewise experienced considerable growths in terms of profitability for 2Q21 thanks to the massive increase in DRAM quotes, along with the fact that DRAM products manufactured with advanced process technologies occupied a growing share of the suppliers’ DRAM bit shipment. For instance, while Samsung kicked off mass production with the 1Znm process in 1Q21 at a relatively low yield rate (since the technology was still in its infancy at the time), the company was able to considerably ramp up production in 2Q21, thereby raising its operating profit margin from 34% in 1Q21 to a staggering 46% in 2Q21.

SK hynix similarly raised its operating profit margin to 38% in 2Q21 by improving the yield rate of its advanced process technology. Micron, on the other hand, increased its DRAM quotes by a similar magnitude compared to its Korean competitors in 2Q21 (Micron counts the March-May period as its fiscal quarter) and saw a jump in its operating profit margin from 26% in 1Q21 to 37% in 2Q21.

Assuming that prices and shipment continue their upward trajectory in 3Q21, TrendForce is bullish on DRAM suppliers’ profitability for the quarter as well and expects market leader Samsung to reach 50% in operating profit margin for the first time in nearly three years.

Taiwanese DRAM suppliers posted a massive increase in their revenues for 2Q21 owing to persistently high specialty DRAM quotes and high demand from clients. More specifically, Nanya Tech’s revenue grew by about 28% QoQ for 2Q21, and its operating profit margin increased from 17.1% in 1Q21 to 31.2% in 2Q21. These growths can primarily be attributed to a 30% increase in the company’s specialty DRAM quotes, and Nanya Tech has expressed that it expects further earnings growth in 3Q21.

Winbond, on the other hand, saw strong demand from its clients and raised its DRAM quotes by a greater magnitude than its NAND Flash quotes. Winbond’s revenue from its DRAM business not only rose by 39% QoQ in 2Q21, but also accounted for an increasing share of its total revenue, at 46%.

It should be pointed out that the two aforementioned Taiwanese suppliers are still currently facing the issue of insufficient production capacities, and their existing fabs do not have the physical space to house additional manufacturing equipment. Hence, before these suppliers finish constructing new fabs, they must rely on raising quotes in order to grow their DRAM businesses in the short run.

Nanya Tech’s new fab that is currently under construction will not be able to contribute to the company’s production capacity until construction concludes in 2024. In the short run, Nanya is able to marginally increase its bit output only through migrating to advanced process technologies at the 1A/1Bnm nodes. Similarly, Winbond will not be able to resolve its issue of insufficient production capacity until its fab located in Luzhu, Kaohsiung, kicks off mass production in 2H22.

As for PSMC, its revenue from sales of PC DRAM products manufactured in-house increased by about 7% QoQ in 2Q21. However, PSMC’s total revenue from both sales of in-house DRAM and its DRAM foundry business increased by 19% QoQ in 2Q21. Much like its Taiwanese competitors, PSMC must carefully allocate its limited production capacity between logic IC products and memory products.