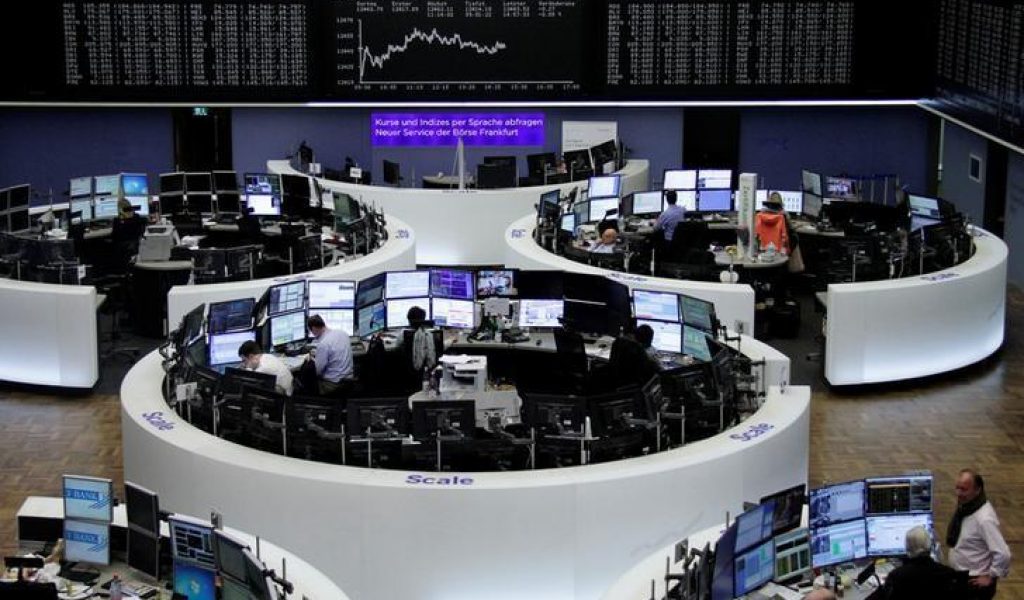 Investors were looking ahead to earnings from Apple, whose shares – along with those of other major tech companies – hit record highs on Monday. However, index futures pointed to a modestly lower start for Wall Street.

Strong earnings have helped push shares higher across the globe this year. First-quarter profits at S&P 500 companies are expected to have risen 13.6 percent, the strongest rise since 2011, according to Thomson Reuters I/B/E/S. Their European counterparts are seen up 13.9 percent.

Wall Street’s “fear gauge” of implied equity market volatility held close to Monday’s close at its lowest since before the global financial crisis.

The dollar hit a six-week high against the safe-haven Japanese yen on some signs of easing tensions over North Korea and as U.S. bond yields rose after U.S. Treasury Secretary Steven Mnuchin said the government was looking into issuing ultra-long debt of maturities in excess of 30 years.

The pan-European STOXX 600 share index, which had its best week since December last week, gained 0.4 percent. The banking sub-index was up 0.5 percent, showing no reaction to comments from U.S. President Donald Trump, who told Bloomberg Television he was actively considering breaking up big banks.

MSCI’s broadest index of Asia-Pacific shares outside Japan gained 0.5 percent to its highest level since June 2015, as many of the region’s markets also reopened after a long holiday weekend. Japan’s Nikkei rose 0.7 percent after some robust earnings.

“Higher corporate earnings and tax reform seem to be more important to the market than any off-the-cuff remark from Trump. That means people are not buying protection in the options market to protect themselves from a drop in the market,” said Neil Wilson, senior market analyst at ETX Capital.

The VIX volatility index last stood at 10.23 percent, having hit its lowest since February 2007 on Monday, at 9.9 percent.

The dollar index, which measures the greenback against a basket of major currencies, held steady. The dollar was up 0.3 percent at 122.12 yen, having earlier hit a six-week high of 112.25 yen.

“Mnuchin’s comments have at least stabilized the long end of the curve,” said Lee Hardman, a currency economist with Japan’s MUFG. “But the dollar is still on the defensive in the near term. The data from the U.S. has been coming in on the disappointing side and the Fed is likely to acknowledge that at this week’s meeting.”

The Fed begins a two-day policy meeting on Tuesday.

The yen, often sought in tense times, hit a five-month high in mid-April as concerns grew about a possible conflict over North Korea. Tension eased somewhat after Trump said on Monday he would be honored to meet North Korean leader Kim Jong Un in the right circumstances.

The yield on 10-year Greek government bonds fell 36 basis points to 6.12 percent, its lowest since October 2014, after the deal with its lenders, which followed half a year of talks.

Oil prices rose as expectations that OPEC and other producers will extend output curbs outweighed rising production in Libya and elsewhere. Brent crude last traded 48 cents higher at $52 a barrel.

Gold hovered near a three-week low as stocks and the dollar rose. Gold was down 0.2 percent at $1,254 an ounce.

Digital currency bitcoin hit a record high of $1,481 on the Bitstamp exchange.