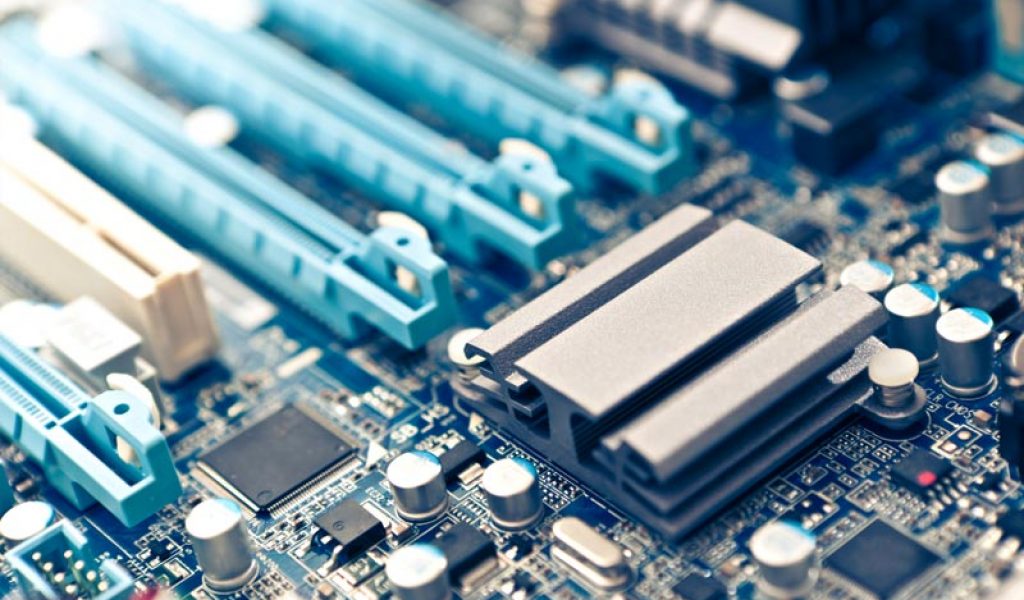 Hong Kong’s electronics industry is the largest merchandise export earner of the territory, accounting for 64% of Hong Kong’s total exports in 2015. A substantial portion of such exports are regarded as high-tech products, especially those related to telecommunications equipment, semiconductors and computer items. The Chinese mainland is both the major source and the major destination of Hong Kong’s trading in such electronic products.

Parts and components constitute about three quarters of Hong Kong’s electronics exports, of which the majority are re-exported to the Chinese mainland for outward processing production.  Finished goods constitute about one quarter of the exports, of which the majority are consumer electronics for domestic use, including a wide range of audio-visual equipment, computer products and telecommunications equipment.

Most Hong Kong manufacturers have relocated their production facilities to the Chinese mainland to reduce cost. Their Hong Kong offices now focus mainly on R&D activities, product design and development, management, logistic support, marketing, etc. Their setups in Hong Kong are largely classified as non-manufacturing establishments statistically, despite the fact that they have manufacturing activities across the boundary.

Electronics exports to the US performed well, while exports to the EU continued to expand. But exports to Japan were uninspiring. Exports to ASEAN, which constituted mainly of parts and components, were spurred by the input demand for production in the region.

Hong Kong companies engaging in parts and components business are capable of producing on custom-made basis and offering total solutions for famous US, European and Japanese companies, e.g. parts and accessories of computers, RF modules for telecommunication purposes, chip-sets for LCD modules, etc. Meanwhile, standard components are usually exported directly to distributors and manufacturers in overseas markets, while some Hong Kong companies also have their own sales offices and/or representative offices on the Chinese mainland and other overseas markets.

Notably, Hong Kong is an important trading hub for electronic parts and components in Asia-Pacific. Many items from the US, Europe, Japan, Taiwan, and South Korea are re-exported via Hong Kong to the Chinese mainland, and vice versa. A number of multinational manufacturers of parts and components have set up their offices in Hong Kong, engaging in sales, distribution and sourcing activities in the region.

As regards finished items, Hong Kong companies mostly produce on ODM basis for reputable brand names in overseas markets. Some of these major buyers have set up buying offices in Hong Kong for direct sourcing. Hong Kong companies also sell to specialised importers and traders in North America and Europe, who distribute the merchandises under their own channels or re-sell to their clients for further distribution.

There are also a number of Hong Kong companies marketing electronic products under their own brand names, including Truly, V-Tech, Group Sense, Venturer, GP and ACL. Their sales network covers not only the advanced countries, but also economies like Latin America, Eastern Europe and various parts of Asia.

Promotion via participation in trade fairs is an effective way for Hong Kong’s electronics companies to explore market opportunities. Important trade fairs include the CES Show held in the US, CeBIT Fair and Electronica in Germany, Taipei International Electronics Show in Taiwan, CommunicAsia in Singapore and Hong Kong Electronics Fair organised by the Hong Kong Trade Development Council (HKTDC). Business missions organised by the HKTDC to the Chinese mainland and other emerging markets also provide opportunities for Hong Kong companies to establish connections with potential buyers.

Since the implementation of the third phase of the Mainland and Hong Kong Closer Economic Partnership Arrangement (CEPA III) in January 2006, all products of Hong Kong origin can be imported into the mainland at zero tariffs. According to the stipulated procedures, products which have no existing CEPA rules of origin will enjoy tariff-free treatment upon applications by local manufacturers and upon the CEPA rule of origins being agreed and met.

In the main, the CEPA origin criteria for Hong Kong items include: (1) change in tariff heading; (2) performance of specific manufacturing process in Hong Kong; and (3) fulfillment of value-added requirement, under which at least 30% of the FOB value of the products, and that the final manufacturing or processing operations should be completed in Hong Kong. Product development cost incurred in Hong Kong, in addition to material costs and labour costs, can be taken into account in calculating the value-added percentage. With effect from 1 April 2012, costs of raw materials and component parts originating in the mainland can also be included in calculating the value-added percentage, provided that the value-added content originating in Hong Kong is greater than or equal to 15%.

Detailed information, as well as the origin rules for electronic items, is available from the following hyperlink:
http://www.tid.gov.hk/english/cepa/tradegoods/rules_origin.html

Meanwhile, Hong Kong companies are also attentive to the growing popularity of green consumerism in the marketplace. Especially in Europe, consumers are generally conscious of environmental protection. Not surprisingly, the EU has adopted a number of directives for environmental protection, which may have an impact on the sales of electronic products. These include the restrictions on batteries and accumulators that contain mercury, the Directive on Waste Electrical and Electronic Equipment (WEEE) and the Directive on Restriction of Hazardous Substances (RoHS).

The Chinese mainland has adopted similar environmental protection regulations. These include the already effective Management Methods on Prevention and Control of Pollution Caused by Electronic Information Products and the Management Methods on Prevention of Waste Electronic Equipment Pollution on Environment. The regulation on recycling and treatment of waste electrical and electronic equipment has also come into effect since 1 January 2011.

On the back of technological advancement and falling prices amid keen competition, conventional IT products like notebook computers have become mass products. Now, the industry is focusing on further technological enhancement to sustain their business. Notably, mobile devices with wireless connectivity and even smart features are in demand in the globe.

Meanwhile, mobile communication has become part of the daily lives of consumers in most countries. In particular, sales of high-end smartphones are rising rapidly on the back of falling retail prices and lower telecommunication fees. This has lured demand not only from youngsters and high-income consumers, but also lower-income class.

As regards consumer electronics, one of the developments is digital imaging. In particular, large-screen digital TVs with 3D effects and connectivity for Internet surfing with the so-called “smart TV” features, as well as the ultra high definition TVs (UHDTVs) with display resolution of 2160p or higher, are among the industry foci for further development.

In addition, some players are keen to promote their 3D printers in the market in view of the falling printing and other material costs. Also, the industry is keeping an eye on the development of certain niche items like action camcorders and drones, as well as those related to the Internet of Things (IoT) application, which are taken by some players as means to inspire the market and create new businesses.