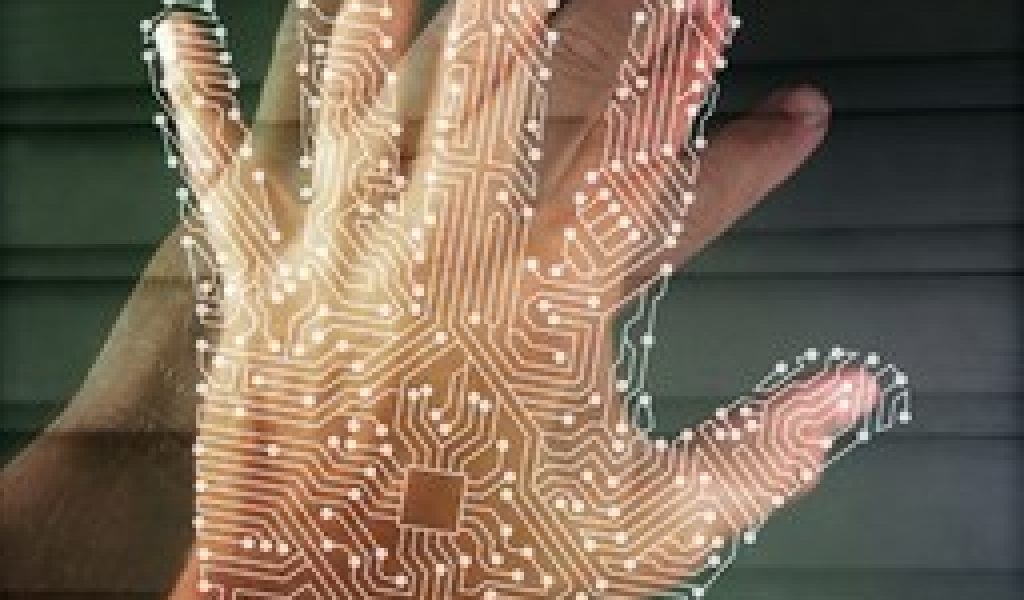 Using silicon and carbon materials, researchers at the Korea Advanced Institute of Science and Technology (KAIST) have developed a tactile sensor that can act as skin for robots, which can absorb shock and distinguish various forms of touch.

Current robotic sensory technology allows robots to have visual and auditory systems at nearly similar levels to human capacity, but there are limitations in tactile sensors that can detect changes in the environment throughout the body. To apply skin with similar functions as humans to robots, it is essential to develop skin sensor technology with high flexibility and high shock absorption. Another limitation for developing robot skin was connecting numerous sensors all over the body using electric wiring.

To overcome this problem, the research team led by Professors Jung Kim and Inkyu Park from the Department of Mechanical Engineering combined silicon and carbon nanotubes (CNT) to produce a composite, which was then used in combination with a medical imaging technique called electrical impedance tomography (EIT).

The sensing material can distinguish the location and the size of various forms by touch, and thus can be applied to robot skin that can absorb shock as well as serves as a 3D computer interface and tactile sensor, according to the researchers. It can withstand strong force such as a hammer strike and can be re-used even after partial damage to the sensor by filling and hardening the damaged region with composite.

“Flexible tactile sensors can not only be directly adhered to the body, but they also provide information on modified states in multiple dimensions,” Kim said. “This technology will contribute to the soft robot industry in the areas of robot skin and the field of wearable medical appliances.”

This research, published in Scientific Reports, was conducted as joint research by first author Hyo-Sang Lee, as well as Donguk Kwon and Ji-seung Cho, and was funded by the Ministry of Science, ICT and Future Planning.