For European chip stocks, business cycle returns with a vengeance 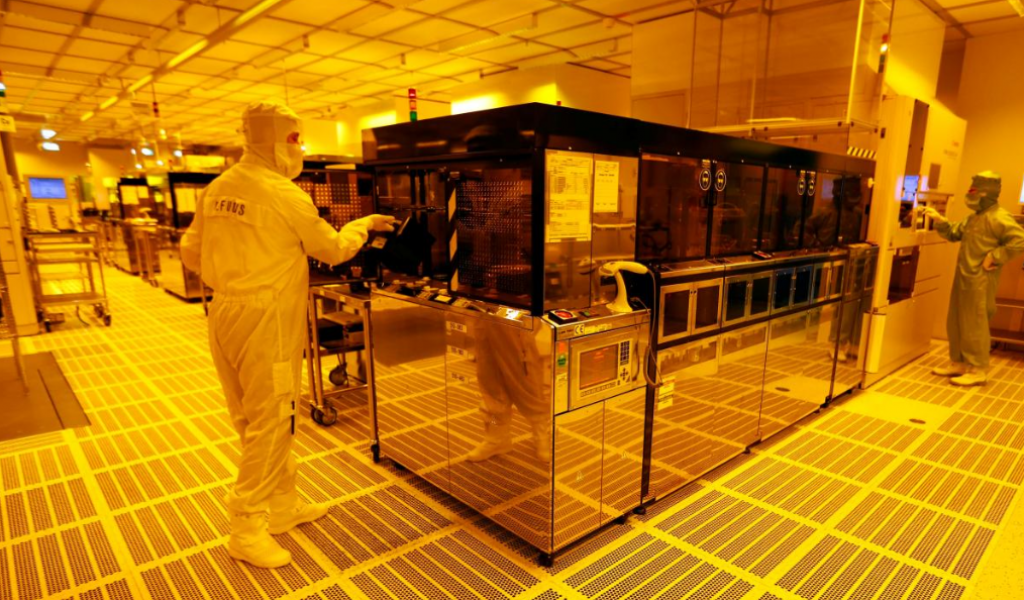 FRANKFURT (Reuters) – Investors who bet on European semiconductor stocks to profit from innovations being packed into smartphones and advanced vehicles are facing the grim reality that both industries are hitting a rough patch at the same time.

Escalating trade frictions between the United States and China have contributed to a sharp slowdown in the car business, with some manufacturers now scrambling to cut costs. Meanwhile, the smartphone market is cooling after years of headlong growth, as even Apple grapples with weak iPhone sales and an unpredictable outlook.

“We are staring down both barrels,” said Neil Campling, global TMT analyst with Mirabaud Securities in London.

The downturn has wiped a quarter off the Stoxx Europe Semiconductor Index since it peaked in June, curtailing a run in which the benchmark rose nearly threefold from early 2016.

Continuing declines in the European Purchasing Managers Index, which reflects weakness in Germany’s world-beating car industry, suggest that the share-price slide may have further to go.

Global chip sales growth is expected to slow to 2.6 percent next year from 15.9 percent in 2018, trade group WSTS forecasts here. Revenues in the European market, at $44 billion, are just below a tenth of the global total.

Investors have heard blue-sky talk from companies on their longer-term prospects – and hit the ‘sell’ button, punishing those that miss forecasts or fail to offer a clear outlook going into 2019.

“The market is saying: I don’t believe you,” said Andrew Gardiner, an analyst at Barclays in London. “It’s the classic reaction of semiconductor investors in a downturn.”

Slowdowns in the North American, Chinese and European autos markets have triggered a series of profit warnings from carmakers. That’s painful for Europe’s two biggest chipmakers, Germany’s Infineon and the Franco-Italian STMicroelectronics. Autos account for two-fifths of revenues at Infineon, and 30 percent at STM.

Executives from the two firms were challenged by analysts on recent quarterly results calls, with STMicro admitting to “soft market conditions in China” and Infineon saying it saw a “higher likelihood of a slowdown”.

“They are struggling to quantify the impact,” said Achal Sultania, director of technology equity research at Credit Suisse in London.

“The earnings cut has not been material – but people are marking down the multiples they are prepared to pay to own these stocks.”

“The last two years have been extremely exciting. The last two or three days haven’t,” deadpanned CEO Drew Nelson after IQE said there would be a “material reduction” in its financial performance.

Yet he still gave an upbeat outlook, telling a recent Morgan Stanley conference that 3-D sensing technology would become ubiquitous as it spreads to the Android handsets that account for most smartphone sales.

There’s little consensus among analysts on the chip sector’s near-term prospects, reflecting broader uncertainty about the impact of the U.S.-China trade war and slowing global growth.

Some, like David Mulholland at UBS, have lowered earnings outlooks while keeping a more positive view on shares in companies like Munich-based Infineon, a maker of high-end power chips, which he continues to rate a ‘buy’.

Mulholland reckons that Infineon’s business line supplying electric vehicles is a “key underpinning” worth as much as half of the firm’s enterprise value. According to the company, a luxury car contains $750 worth of silicon.

Bears respond that with profits growth and margins at historic highs there is precious little upside left, while slowing car demand and Chinese industrial weakness weigh.

“You’ve got a volume malaise in high-end smartphones; a semiconductor industry that lives and dies by volumes; record profits and margins; and headwinds in autos and industrials,” said Campling, listing his concerns.

The only European sector stock to buck the negative trend has been Dialog Semiconductor, which designs power-management chips used in the Apple iPhone.

Dialog may be the exception that proves the rule: The Anglo-German chip designer struck a deal in October to actually reduce its exposure to Apple by swapping people and patents for $600 million in cash.

The company’s shares recovered on the back of that deal but are still down by more than half from their peak, leaving value in the stock according to Mirabaud’s Campling. Dialog “could be the baby that was thrown out with the bathwater”, he said.