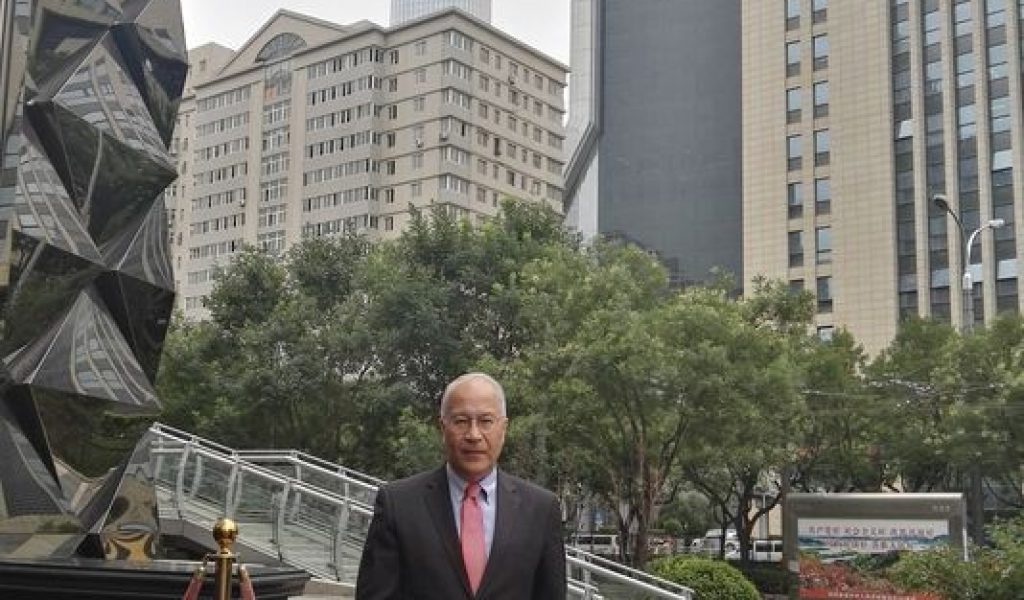 In return for building an industrial campus that could employ as many as 10,000 people in Wisconsin, Foxconn Technology Group almost surely will expect subsidies, tax breaks, job retraining promises, infrastructure improvements and other government incentives.

And it will expect them on a scale that by traditional standards would be staggering.

“They do this everywhere they go,” said Einar Tangen, a Beijing-based Chinese economic expert, echoing the views of many Asian experts. “They extract everything they can.”

For the past 12 years, Tangen, a 56-year-old resident of Beijing, has written books on China’s blistering economic growth, advised Chinese cities on economic development and appeared often on Chinese state television as a commentator.

Before that, the U.S. citizen was engaged just as intensely in economic development in Wisconsin, where he went to college, achieved a law degree and served on multiple boards, including chairman of the state’s International Trade Council.

Lavish and comprehensive government giveaways amount to Foxconn’s standard operating procedure even within China, where the bounty of benefits are essential to minimizing the costs of iPhones, touch-screen tablets, laptops and other electronics that Foxconn builds under other brand names.

“Free land, subsidies, tax abatements, money to support research and development – anything that can be of value,” Tangen said, echoing views expressed elsewhere among Asian analysts. Chinese authorities even subsidize minimum-level wages, which already are unimaginably low by American standards.

“Are they bad guys? No. They are businessmen,” Tangen said in a recent telephone interview from Beijing. “You can expect Foxconn to get as close to zero cost as they can. They can do it because they bring so many jobs.”

If taxpayer incentives are customary in low-cost China, they would play an outsized role in a developed nation, Tangen and others concur.

Southeastern Wisconsin “isn’t a tech haven,” said Tangen, a graduate of Lawrence University in Appleton who achieved a law degree from Marquette University Law School. “It doesn’t even have a large available cheap workforce to draw on.”

Foxconn has begun to expand beyond its traditional production base in China, but focuses on other low-cost tech-savvy developing nations such as India, where it is building a major facility. “If I stay in India, I can pay low wages, they speak English, they work long hours, they have wonderful tech schools,” Tangen said. “None of this makes sense to me, in terms of Wisconsin. It’s just too high cost.

“And if my competitor is manufacturing in India and I’m in the United States, who’s going to win the export war?”

RELATED: Wisconsin wines and dines Foxconn as state emerges as a top site for mega-plant

Tangen’s views on Foxconn echo others in Asia.

“In China, it has not been unusual for major new plants to be granted lengthy periods of tax abatement – for five years, no tax; then another five years at half normal rate; and then subsidies for utilities, sometimes for employee dormitories,” said a bank analyst in Hong Kong who was granted anonymity because political intervention in the economy remains a sensitive topic  in the one-party system of mainland China.

In Wisconsin, one subsidy might include a cut-rate supply of Lake Michigan water, because the manufacturing process for flat-panel screens – which is what Foxconn would be expected to build in any U.S. facility – requires prodigious volumes of water.

Foxconn’s main production base and research labs are in mainland China, where it also relies on an abundance of Chinese engineering universities and tech schools. Foxconn, however, was founded in 1974 in Taiwan, where its parent company is headquartered under the corporate name Hon Hai Precision Industry Ltd.

While a mega-factory on the scale proposed for Wisconsin is almost unheard of, it is actually relatively modest for Foxconn founder and Chairman Terry Gou, who operates at least 12 major manufacturing centers in China, some of which employ several hundred thousand workers.

It was in China that Gou created an unusual business model: brands such as Apple or Nintendo get the lion’s share of any revenue from the hardware that Foxconn anonymously manufactures, while Foxconn receives only a single-digit sliver of the revenue.

“The profit comes from the sheer volume of what they are producing,” Tangen said.

As a result, Foxconn and China developed in parallel at breakneck speed, with Foxconn becoming nearly synonymous in the process with the export powerhouse that some call China Inc.

“Gou didn’t go to China because he was supporting the Communist Party,” Tangen said. “He went to China to access labor – and the Chinese government made it very easy for him. And they both grew together.”

“Hon Hai’s interest in investing in Wisconsin, as opposed to any other U.S. state, is no stronger than the state’s package of incentives,” the Hong Kong securities analyst said. “If you search carefully for what Terry Gou has said about production in the U.S., you’ll find that government incentives and a high degree of automation are elements of his thinking.”

Costs always drive manufacturing decisions, Xinhua said. “Cost is the ultimate force that drives industrial transfer,” adding that the quest for lower costs drove the American electronics industry to Japan several decades ago, and then eventually to China.

In addition to Wisconsin, Foxconn also is considering incentive packages from Michigan and other states. Over the past week, however, Wisconsin’s politicians were engaged in a full-court press to lure Foxconn, including a dinner on Tuesday at the Lake Mendota mansion of Gov. Scott Walker.

To be sure, Foxconn has at least one other incentive to set up shop inside the U.S., which also is political, not economic.

At a time of widespread anti-free-trade sentiment, when the White Houses espouses “buy American and hire American” protectionism, Foxconn wants to avert U.S. trade sanctions, which would throttle the existing free flow of made-in-China goods.

Racine County appears to be emerging as a favored site for a Foxconn plant.

Tangen sees a Racine mega-facility as a political shield for China against U.S. protectionist tariffs.

“It’s political insurance, not for his company, per se, but the brands he produces for – the Apples, Dells and everyone he produces for is worried about their access to the U.S. market,” Tangen said.