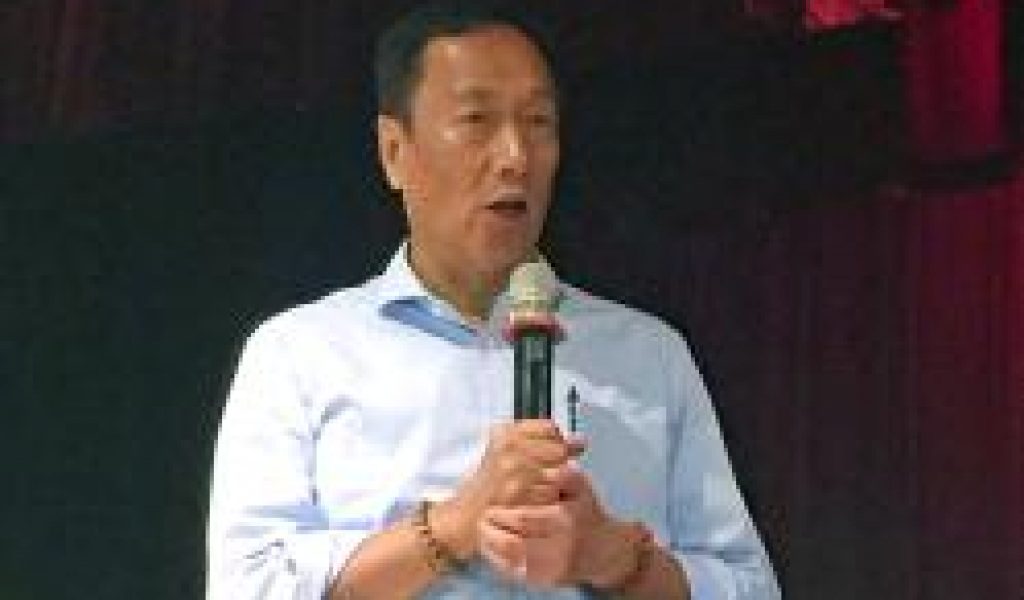 The Chinese government has conveyed its concern over Foxconn Technology Group (富士康科技集團) billionaire Terry Gou’s (郭台銘) plan to expand the Apple Inc assembler’s operations in the US after US president-elect Donald Trump takes office, people familiar with the matter said.

A high-ranking Chinese official expressed Beijing’s concerns directly to Gou, the people said, asking not to be identified because the conversation was private.

The Taiwanese billionaire told the senior bureaucrat he would not withdraw capital from China.

The US investment plan has not been finalized and is dependent on the policies of the incoming administration, Gou said, according to the people.

China is pivotal to Foxconn’s massive electronics assembly operation, which cranks out more iPhones and iPads than any other in the world.

One of China’s largest employers, Foxconn has said it is in preliminary discussions to broaden its investment in the US, without elaborating.

Trump has often articulated his vision of bringing manufacturing jobs back to the US from China, which became the world’s factory floor thanks to cheap labor and central policy support, and he has singled out Apple Inc in the past.

A potential strategic shift by Foxconn unnerves Chinese authorities because the company employs about 1 million workers across the nation. Major factory job cuts have been known to trigger protests in the past, even as maintaining social stability remains among the top priorities of the Chinese Communist Party.

“Gou wants officials to know that he still sees China as a market of greatest importance,” Beijing-based Counterpoint research director James Yan said. “Foxconn very much relies on China for both assembly and consumer businesses and its suppliers are also in Asian countries. That is not going to change at least in the next five years.”

Foxconn announced the potential expansion hours after a pledge from Softbank Group Corp’s Masayoshi Son to invest US$50 billion in the US and create 50,000 jobs.

A document Son held up for reporters after a meeting last month with the US president-elect included the words “Foxconn” and “$7 billion” alongside Softbank’s numbers.

It remains unclear how Softbank and Foxconn might be working together, or what sort of promises might have been made to Trump.

Gou told the Chinese official he was invited to Trump’s inauguration on Friday, but did not plan to attend, according to the people familiar with the matter.

Lenovo Group Ltd (聯想) and Oppo Electronics Corp (歐珀) are among those that have set up facilities in Southeast Asia, for instance.

Foxconn itself has been increasing its use of robots to reduce its reliance on migrant labor and studying plans to increase its footprint in India.

Any shift back to the US might involve Apple, which accounts for about half of Hon Hai’s revenue.

Then there is cost. The components of an entry-level iPhone 7, which sells for US$649, cost US$224.80, according to research firm IHS Inc. Assembling those parts into a finished product, mostly in China, costs about US$10, Syracuse University professor Jason Dedrick has estimated. Doing that work in the US would add US$30 to US$40, he said. However, Foxconn’s rivals are reportedly open to the possibility.

Pegatron Corp (和碩), another major assembler of Apple products, can expand its US capacity three to five-fold if necessary, Pegatron chairman Tung Tzu-hsien (童子賢) was cited as saying on Sunday.