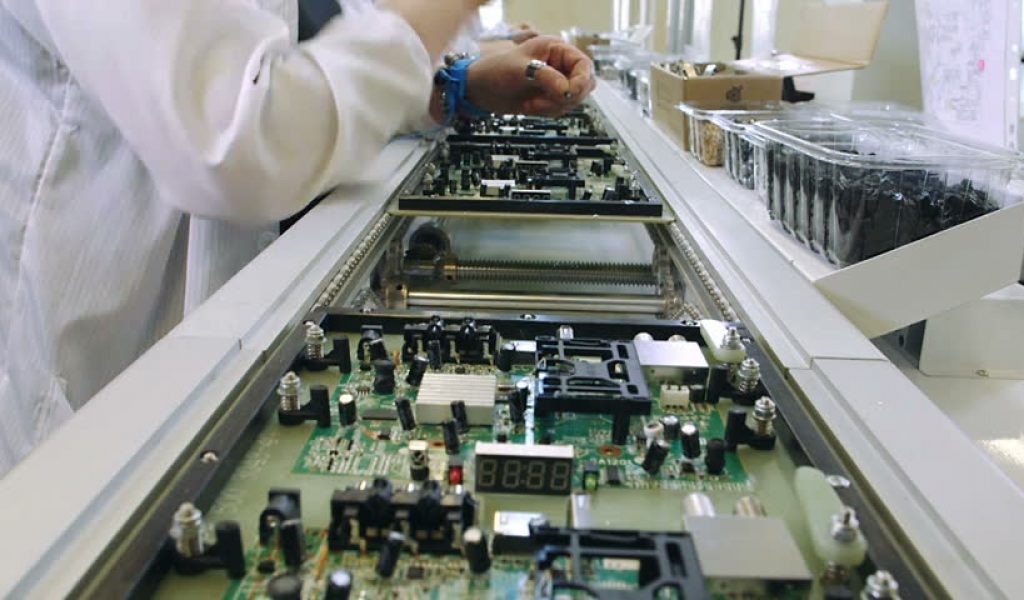 The magnitude of Foxconn Technology Group’s proposal for a $10 billion electronics factory in southeast Wisconsin is matched by the gravity of the questions it has raised.

From concerns about the $3 billion incentive package the state is considering, to doubts about whether Foxconn will deliver the thousands of jobs it has promised, to worries about its reported history of treating employees and the environment poorly, the Taiwanese manufacturer is drawing plenty of skepticism along with the hopes it has engendered for a huge economic boost.

Known as the contract manufacturer of Apple’s iPhone along with many other high-tech products, Foxconn has said it will create at least 3,000 jobs, and possibly as many as 13,000, at a Wisconsin factory that will make liquid crystal displays beginning in 2020.

“I think there are a lot of reasons to be skeptical about what Foxconn says it will do,” said Scott Paul, president and CEO of the Alliance for American Manufacturing, a partnership between manufacturers and the United Steelworkers Union.

“I will be happy once I see family-supporting paychecks going to Wisconsin workers. I think that’s when you have the celebration,” Paul said.

Foxconn says it is committed to “significant investments” in the United States as well as to expanding its operations in China, where it has massive factories employing nearly a million people.

Yet it is unclear whether the company can manufacture a commodity product like LCD screens at a competitive cost in the U.S., said Yasuo Nakane, head of global technology research for Mizuho Securities Equity Research in Japan.

Foxconn is also planning a state-of-the-art LCD plant in Guangzhou, China, according to Nakane. The types of LCD screens to be made there and presumably at the Wisconsin plant are referred to as “10.5G” panels, capable of being used in large, ultra-high-definition TVs and in medical equipment, among other applications.

“The problem, as we see it, is that 10.5G production equipment is in extremely short supply,” Nakane wrote in a report. “We believe that the company has not even yet placed orders for the 10.5G plant in Guangzhou, which would seem to make it all but impossible that the … plant in Wisconsin could commence volume production in 2020.”

Nakane said he would expect Foxconn to start with the construction of a television-assembly plant and an LCD module plant in Wisconsin, as these require a comparatively small investment but generate a large number of jobs.

“And the U.S. is, after all, interested less in the investment itself than in the jobs it creates,” Nakane said.

“We would then expect the company to decide at a later date whether to actually go through with the construction of the 10.5G plant,” he said.

In an email to the Milwaukee Journal Sentinel, Foxconn said the Wisconsin plant would be a state-of-the-art factory but said, “We are not able to provide any additional information on that facility at this time because that information is commercially sensitive.”

State officials have said the plant’s starting wage would be $20 an hour, or $41,600 a year, and Foxconn says the average annual pay would be $53,900 plus benefits. Yet the company has been criticized for low pay and poor working conditions at its Chinese factories, including an iPhone plant where suicides were a problem.

Also, Foxconn CEO Terry Gou once compared workers to animals and had a zoo director give his executives management tips.

Foxconn said the reports are “not an accurate representation” of its operations.

“We have great cause for concern, and that’s why any deal with Foxconn needs to have ironclad protections for workers and taxpayers,” said Stephanie Bloomingdale, secretary-treasurer for Wisconsin AFL-CIO.

“They need to play by our rules if they are coming to our state and our country. And that includes the full right to organize a union without retaliation,” Bloomingdale said.

She said labor unions should be included in discussions between state officials and Foxconn.

“Before we foot the bill as taxpayers, we need to know what people are going to be paid. An ‘average’ wage figure doesn’t mean anything,” she said.

The Wisconsin facility would be the company’s first in the U.S., after an announced plan for a smaller operation in Pennsylvania fell through three years ago.

At the proposed Wisconsin plant, Foxconn says it will make $4.26 billion in purchases annually from suppliers, about one-third of them within the state.

Still, even as it promises to invest in American manufacturing, Foxconn is also backing a major “Made in China 2025” plan intended to make the Chinese less dependent on foreign firms in industries such as computer chips and electric cars.

“I am confident that together we will increase operational efficiencies in electronics manufacturing to new levels, achieving the vision of Smart Manufacturing and Made in China 2025,” Gou said in a statement.

Rockwell has links with major universities in China to cultivate the next generation of engineers, according to an article in ChinaDaily.com. The company has more than 2,250 employees across China and a research and development center in Shanghai, the article noted.

“As the second-largest single-country market right after the United States, China is a strategically important market for us,” Joe Sousa, Rockwell’s Asia-Pacific president, told ChinaDaily.

The “Made in China 2025” program has run into opposition from some manufacturers and from the European Union Chamber of Commerce in China because it provides government assistance to Chinese industries, to the detriment of foreign firms operating in China.

But Grace Wang, a Marquette University economics professor, says the plan is necessary as China moves toward an economy based on advanced manufacturing and higher wages.

A Foxconn plant in Wisconsin, Wang said, could become a model for a return of manufacturing to the U.S. from Asia as companies seek to avoid U.S. tariffs on their goods.

Foxconn will likely face an increasingly intense rivalry with the local competition in China, and at the same time, its production facilities are remarkably concentrated in that country, Nakane said.

“This makes it important for the company to put production facilities in countries with big consumer markets, like India and the U.S.,” he said.

The electronics industry has been called a major source of environmental pollution, and its large presence in China and South Korea has raised concerns about the environment and the health of workers there. The industry uses dozens of chemicals and heavy metals, including lead, in its processes.

“Workers groups in South Korea report an unusually high incidence of cancers and other serious diseases among employees at Samsung’s semiconductor and other electronics plants,” an article from Yale University’s Environment 360 said in 2011.

Samsung Corp., one of the world’s largest electronics manufacturers, is the largest company in South Korea.

“The Samsung workers diagnosed with serious illnesses that may be linked to their employment worked in a variety of operations. … Some worked on printed circuit boards for LCD screens; others worked in various aspects of semiconductor fabrication,” the Yale article noted.

“While the company denies any link, the pattern of illnesses is disturbingly similar to that seen at semiconductor facilities in the U.S. and Europe.”

Foxconn has taken significant measures to improve the welfare of its factory workers in China and now has doctors and psychiatrists at its Chinese campuses to offer medical and consultation services, Japanese publication Nikkei Asian Review reported in July.

Foxconn says it complies with all “relevant environmental regulations” everywhere it operates.

In Wisconsin, environmental groups and some legislators have raised objections over a legislative package exempting Foxconn from wetlands regulations and an extensive analysis that some other large projects are subject to.

“Wisconsin has a long tradition and history of maintaining environmental standards, especially for our water. Giving that up for a flash-in-the-pan (factory) could have implications for generations to come,” said Rep. Jonathan Brostoff (D-Milwaukee).

If, however, the Foxconn project lives up to its potential, delivers on its projected employment and spurs fresh economic activity throughout the region, could it become a sequel to the earlier move by Japanese automakers such as Toyota, Honda and Nissan to establish plants in the U.S.?

“It used to make sense to manufacture in China because there was still plenty of profit by shipping your product back to North America. That’s not necessarily the case anymore,” said Kurt Bauer, president and CEO of Wisconsin Manufacturers and Commerce.

Bauer grew up in Beloit in the 1980s and saw firsthand some of the economic harm caused when U.S. companies moved their manufacturing to Asia.

“Now we have a Chinese company coming to Wisconsin that might present a golden opportunity for a lot of those neighborhoods that have a legacy of poverty,” Bauer said. “Maybe there’s a positive irony.”