Growth in other areas of Electronic Manufacturing 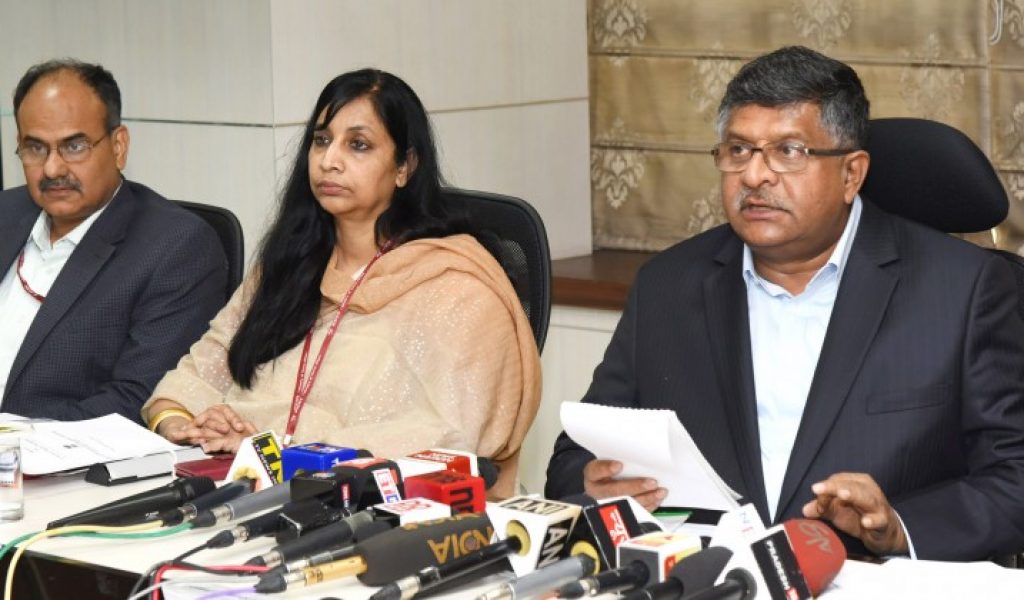 Digital India initiative of the government of India has transformed the digital profile of India significantly. Some of the key indicators of this are:

· Growth in other areas of Electronic Manufacturing:

· Common Service Centers: To provide digital services to common people in villages the Common Services Centers were created. In June 2014, only 83,000 such centers were active across the country, which has now increased to 2.05 lakh centers.

· Bharat Net: Optical Fibre Network to connect villages of India has seen rapid growth. In June, 2014 only 358 kms of optical fibre was laid. In January, 2017 1.72 lakh kms of optical fiber has been laid across more than 76, 000 Gram Panchayats.

· Jeevan Pramaan Portal: A new initiative to provide convenience to pension holders was created which now has 56 lakh registered pensioners.

· Digi Locker: A new initiative to provide safe online document storage to citizen now has more 42 lakh users. More than 165 Crore digital documents have been issued by the Government in these lockers.

· Scholarship Portal: Online scholarship was easily made available to the students. 1.4 Crore students have registered under this.

· eNAM: Online National Agriculture Market was created so that farmers can get the best price for their produce. Today more than 8.5 lakh farmers have registered on this portal.

· Growth in Digital Transactions: eTaal portal which measures the digital transactions of various eGovernance services has seen a rapid growth:

· Computerization of Land Records: Land records have been computerized in 31 states and Union Territories. Record of Rights (RORs) made online for 22 States/UTs. Bhu-Naksha/ Map digitization done for 15 States/UTs.

Shri Ravi Shankar Prasad, Hon’ble Union Minister of Electronics & Information Technology and Law & Justice, GoI said, “The budget of Modi government for 2017-18 is historic and unprecedented. This is a budget for bold India, clean India, eager to tap its potential. Based on the pillars of efficiency, transparency and inclusiveness, this is budget for Digital India. Enthused by the historic decisions of the government like transparency in political funding, demonitisation of Rupee and the resultant curb on black economy, the budget for the year 2017-18 is all about Clean India, Energised India and Transformed India.”

Speaking on the relevance of the Union Budget 2017-18 to Electronics and IT sector, Shri Ravi Shankar Prasad, said, “As India is now on the cusp of a massive digital revolution, promotion of a digital economy is an integral part of Government’s strategy to clean the system and weed out corruption and black money. It has a transformative impact in terms of greater formalisation of the economy and mainstreaming of financial savings into the banking system. This, in turn, is expected to energise private investment in the country through lower cost of credit.”

“Digital Economy aims for speed, accountability and transparency. We are also creating an eco-system to make India a global hub for electronics manufacturing. Over 250 investment proposals for electronics manufacturing have been received in the last 2 years, totalling an investment of Rs 1.26 lakh crores. A number of global leaders and mobile manufacturers have set up production facilities in India. A shift to digital payments has huge benefits for the common man. The earlier initiative of our Government to promote financial inclusion and the JAM trinity were important precursors to our current push for digital transactions”, added Shri Ravi Shankar Prasad.

The recently launched BHIM App by the Government of India will unleash the power of mobile phones for digital payments and financial inclusion. So far, over 140 lakh people have adopted the BHIM app. The Government will launch two new schemes to promote the usage of BHIM; viz., Referral Bonus Scheme for individuals and a Cashback Scheme for merchants

Aadhar Pay, a merchant version of Aadhaar Enabled Payment System, will also be launched shortly. This will be specifically beneficial for those who do not have debit cards, mobile wallets and mobile phones. A Mission will be set up with a target of 2,500 crore digital transactions for 2017-18 through UPI, USSD, Aadhaar Pay, IMPS and debit cards. Banks have targeted to introduce additional 10 lakh new PoS terminals by March 2017. They will be encouraged to introduce 20 lakh Aadhaar based PoS by September 2017.

Keeping in view the need to promote cashless transactions, exemption from BCD, Excise/CV duty and SAD on miniaturized POS card reader for m-POS, micro ATM standards version 1.5.1, Finger Print Readers/Scanners and Iris Scanners been brought down to nil. Simultaneously, exemption is also extended to parts and components for manufacture of such devices, so as to encourage domestic manufacturing of these devices. I am sure you will notice that there are a number of other measures that are aimed at improving the ease of doing business and also for encouraging start ups.

The focus would be on rural and semi urban areas through Post Offices, Fair Price Shops and Banking Correspondents and cooperative sector. Support has been provided for NABARD for computerisation and integration of all 63,000 functional PACS with the Core Banking System of District Central Cooperative Banks. This will be done in 3 years at an estimated cost of Rs 1,900 crores, with financial participation from State Governments. This will ensure seamless flow of credit to small and marginal farmers. The coverage of National Agricultural Market (e-NAM) will be expanded from the current 250 markets to 585 APMCs. Steps would be taken to promote digital payments in petrol pumps, fertilizer depots, municipalities, Block offices, road transport offices, universities, colleges, hospitals and other institutions, such as using the recently launched BHIM App. A proposal to mandate all Government receipts through digital means, beyond a prescribed limit, is under consideration. Further, steps will be taken for linking of individual demat accounts with Aadhaar.

Digital Inclusion remains of central concern to this Government. In order that people in rural areas are able to access quality services, the Government has announced that a DigiGaon initiative will be launched in order to provide tele-medicine, education and skills through use of digital technologies. For senior citizens an Aadhar based Smart Card containing health details will be introduced initially on a pilot basis in 15 districts in 2017-18. This week the Cabinet has approved a scheme for digital literacy for 6 crore rural households– Prime Minister Gram Digital Saksharta Abhiyaan PMGDISHA which will be strengthened through the network of the Common Service Centre. We expect that this will further open up opportunities for livelihood in digital arena in rural areas. It is to be noted that CSCs have generated employment opportunities for over 5 lakh youth in rural areas.

Government is all set to launch the SWAYAM platform with at least 350 online courses will leverage information technology and enable students to virtually attend the courses taught by the best of the faculties present in the country, access high quality reading resources, participate in discussion forums, take tests and earn academic grades. Access to SWAYAM will further be widened by linkage with DTH channels, dedicated to education.
The Government of India is planning to introduce a new and restructured Central scheme, namely, Trade Infrastructure for Export Scheme (TIES) will be launched in 2017-18. The allocation for incentive schemes like M-SIPS and EDF exponentially increased to an all time high of Rs 745 crores in 2017-18. Duties have been rationalized which will provide boost to manufacturing of LED lights and solar cells and modules.

Commenting on the tax proposals, Hon’ble minister said, “The thrust of my tax proposals in this Budget is stimulating growth, relief to middle class, affordable housing, curbing black money, promoting digital economy, transparency of political funding and simplification of tax administration. Besides, reduction in income tax for smaller companies with annual turnover upto Rs 50 crore to 25% will make our MSME sector more competitive as compared to large companies”.

Cyber Security being very critical for safeguarding the integrity and stability of the financial sector and one of the major factors behind the Digital drive, the government is setting up a Computer Emergency Response Team for the Financial Sector (CERT-Fin). This entity will work in close coordination with all financial sector regulators and other stakeholders.