Grundig in Bayreuth continues to rely on SMT 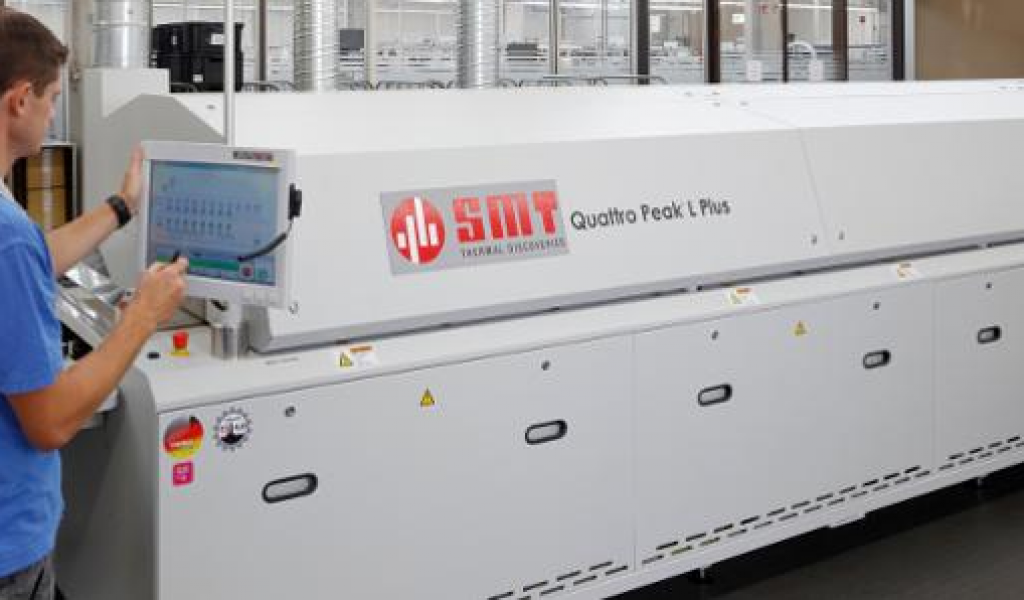 In order to make their production more efficient and faster, Grundig Business Systems (GBS) has rebuilt two SMT lines at their Bayreuth manufacturing location.
The EMS-provider invested around EUR 1 million in new machinery. A new Quattro Peak L Plus system from SMT Thermal Discoveries made the cut.

Especially in the field of electronic manufacturing service, the profile changeover times of an oven are critical and the production service team at GBS had compared different ovens under technical and cost aspects in advance. “We already use an SMT oven in our production. Thanks to the identical configuration of both lines, we can optimally use synergy effects, for example by using the same soldering profiles”, says Wolfgang Fraunholz, team leader of SMT production, in a press release.

A second aspect were shorter profile changeover times. As an EMS provider, a wide variety of customer projects must be processed as quickly as possible one after the other. The forced cooling of the oven helps. “This saves a lot of time when changing over from a soldering to an adhesive profile”, says Fraunholz. At the same time, the line is running and the operators are impressed: “Working on the SMT is twice as much fun.The new system is reliable, does the job without any errors, and it is much faster than its predecessor.”

“Through the modernisation of its SMT production lines, Grundig has sustainably strengthened its traditional location. The Quattro Peak L Plus system with forced cooling meets all requirements regarding process stability and flexibility“, says Daniel Hamann, Sales Manager South-East Germany at SMT Thermal Discoveries. “We wish Grundig all the best for the future and we are very pleased with the continued confidence in us and the successful cooperation.”