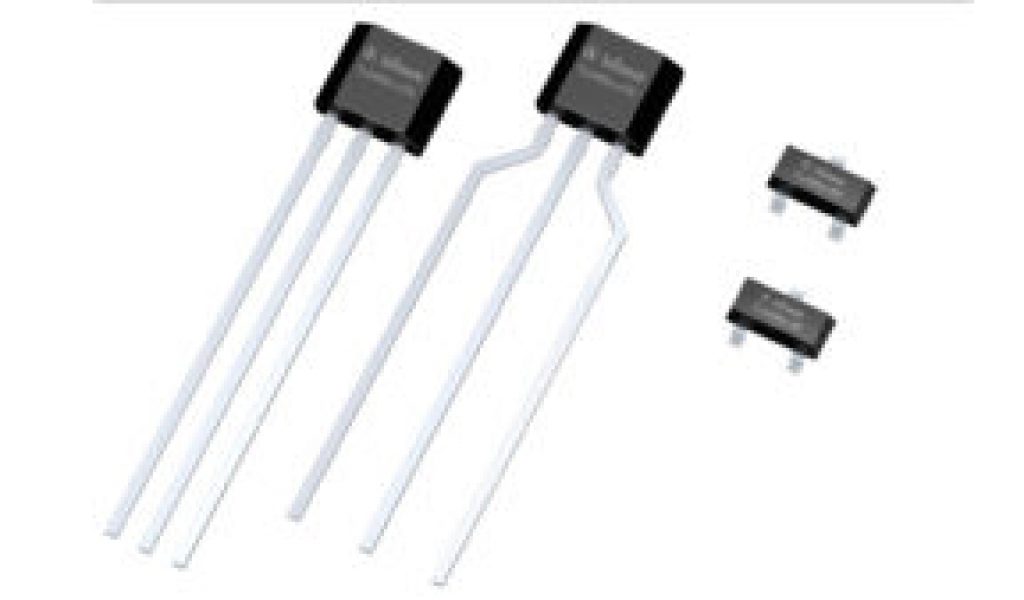 The new Hall sensors of Infineon Technologies enable automotive, industrial and consumer electronics to meet strict environmental standards. Also, they help fulfill the requirements of very cost-effective and compact designs. The Hall sensors of the new TLx496x family are highly integrated, have precise switching points, a stable operation and low power consumption. They are available as latch and switch-type sensors.

The TLx496x Hall sensors consume no more than 1.6 mA. That is a power consumption of some 50 percent lower than comparable products. And the 5-V versions only consume 1.4 mA. The high ESD robustness and the precise, stable magnetic switching points are suitable for systems where energy efficiency, robustness and precision matter. TLx496x Hall sensors reduce system costs. Two to four of the previously needed passive components are now redundant, which also reduces the amount of space they take up on the circuit board.

All of the TLx496x Hall sensors – switches and latches – have an integrated Hall element, a voltage regulator, choppers, an oscillator and an output driver. The voltage regulator powers the Hall element and the active circuits. The chopper ensures that the temperature remains stable and minimizes the effects of process fluctuations, which occur for three reasons: First, each single Hall sensor has a slightly different magnetic switching point as a result of the manufacturing process; second, the permanent magnets in the brushless DC (BLDC) motor lose magnetic field strength as the temperature rises and third, the Hall output voltage is affected by stress and temperature. The TLx496x Hall sensors compensate all of these effects. This is why they switch very precisely over the entire specified temperature range and total lifespan.

The TLE496x-xM series is suitable for automotive applications with an operating voltage of 3.0 V to 5.5 V, which generally are not exposed to overcurrent. Target applications are all systems that need a precise Hall switch or Halllatch for an expanded temperature range of -40 °C to 170 °C. The TLE496x-xM is typically used in power windows and sunroofs, trunk locks, windshield wipers, seatbelts, camshafts, shift levers and the many controls used in BLDC motors. The latches’ (TLE4963-1M/2M) magnetic behavior and switching points make them particularly suitable for applications with precise index counting (for pole wheels or the recording of the rotor position) and for BLDC motors. The Hallswitch (TLE4965-5M) is particularly suitable for the recording of switch and lever positions and the detection of open/close states.

The TLI496x-xM series is functionally the same as the TLE496x-xM but is specified for a temperature range of -40 °C to 125 °C and is JESD47 qualified. The TLI496x-xM is typically used in BLDC motors in e-bikes and fans in PCs, in electric drives in building automation (such as blinds and garage doors) as well as the detection of open/close states in white goods and building security/burglar protection.

The TLV496x-xTA/B series was specifically developed for the cost-effective, contactless positioning. Typical applications are BLDC motors in white goods (such as dishwashers and washing machines), compressors in air-conditioners, fans in PCs as well as blinds, garden tools and building security/burglar protection(e. g. door and window contacts, gates and roller shutters). Despite the pressure to cut costs, these applications need very precise Halllatches or Hall switches (unipolar/bipolar) for temperatures ranging from -40 °C to 125 °C. The TLV496x-xTA/B versions have a power consumption of 1.6 mA and an ESD protection up to 4 kVH HBM (Human Body Model). The output has overcurrent protection and automatically switches off at high temperatures.

More information about Infineon sensors is available at