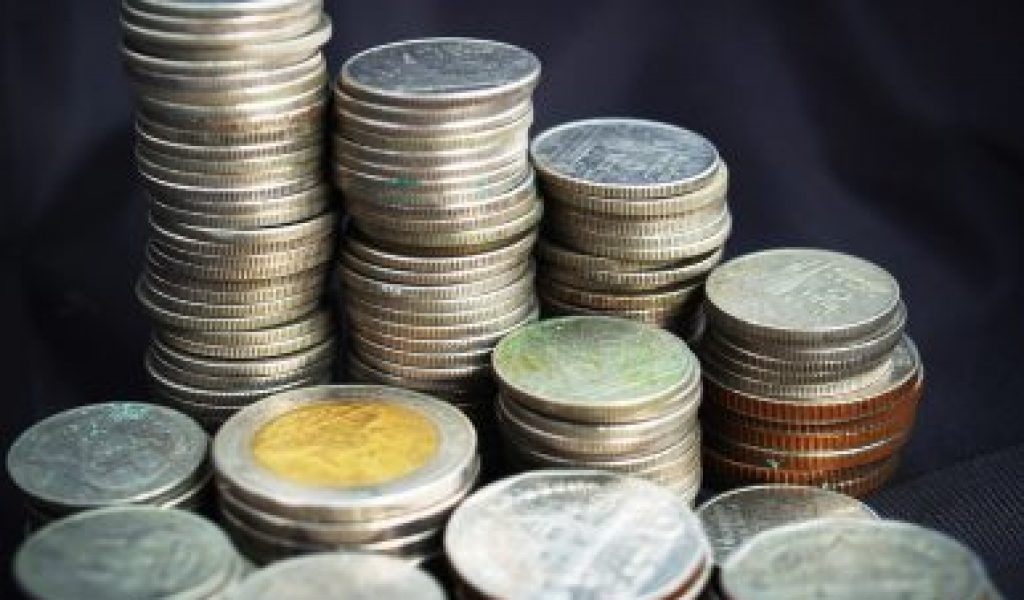 The global economy not yet “out of the woods.”

Protectionism and sluggish reform efforts could kill off a fledgling global recovery, the International Monetary Fund (IMF) has warned in its latest global outlook. For Asia though, a brighter picture is emerging, providing the region prevents an escalation of geopolitical tensions into outright war on the Korean Peninsula.

Nine years after the “Lehman shock,” the global economy is finally picking up speed after a long-awaited recovery in investment, manufacturing and trade, the IMF said in its latest “World Economic Outlook.” The world economy is expected to expand by 3.5 percent this year, up from last year’s subpar 3.1 percent, rising to 3.6 percent in 2018 on the back of a broad-based recovery, higher than the fund’s January forecasts.

“Financial markets are buoyant and expect continued policy support in China and fiscal expansion and deregulation in the United States. If confidence and market sentiment remain strong, short-term growth could indeed surprise on the upside,” the IMF said.

The IMF expects the U.S. economy to expand by 2.3 percent this year and 2.5 percent in 2018, unchanged from its January forecasts, while the Eurozone should post a 1.7 percent gain this year, unchanged from 2016.

For Asia, China is seen continuing its deceleration, dropping to 6.6 percent gross domestic product (GDP) growth in 2017 and 6.2 in 2018, following 6.7 percent expansion in 2016. Both estimates were slightly higher than the IMF’s January forecasts, although it warned that the medium-term outlook remains clouded by “increasing resource misallocation and growing vulnerabilities associated with the reliance on near-term policy easing and credit-financed investment.”

Asia’s biggest economy recently beat market expectations to post a reported 6.9 percent GDP rise for the March quarter 2017, in what ANZ Research described as the communist-ruled giant “returning to the investment-driven growth model.”

The IMF also upgraded its growth estimates for Japan, the world’s third-largest economy, which is now expected to post a GDP gain of 1.2 percent this year, up 0.4 percentage point from the January estimate, helped by stronger exports.  Nevertheless, the Japanese economy is seen slipping to 0.6 percent GDP growth in 2018 with the “assumed withdrawal of fiscal support and a recovery of imports,” despite the impact of stronger foreign demand and Tokyo Olympics-related spending.

Among other Asian advanced economies, a growth pickup is expected this year for Hong Kong (2.4 percent), Singapore (2.2 percent) and Taiwan (1.7 percent), “partly because of the expected recovery in China’s import demand.”

In contrast, the South Korean economy is seen slipping to 2.7 percent GDP growth in 2017, down 0.3 percentage point on the IMF’s October forecast, on the back of weaker consumption, high household debt, and “ongoing political uncertainty” amid the presidential scandal and renewed threats from communist North Korea.

India remains the standout among Asia’s major economies, with expected GDP growth of 7.2 percent this year and 7.7 percent in 2018, compared to last year’s 6.8 percent gain. Despite the recent “monetization shock,” medium-term prospects remain favorable thanks to further supply-side reforms and other policies.

The “ASEAN-5” — Indonesia, Malaysia, the Philippines, Thailand and Vietnam — are also seen picking up speed, rising from an average 4.9 percent GDP gain last year to 5 percent in 2017 and 5.2 percent next year. Among them, activity is expected to accelerate this year in all but Thailand, with the others boosted by stronger domestic demand and in the case of the Philippines, higher public spending.

The IMF’s generally rosier outlook has come with a warning however, with risks remaining “tilted to the downside.”

“In addition, the threat of deepening geopolitical tensions persists, especially in the Middle East and North Africa,” it said.

Among a slow recovery from the global financial crisis and the loss of “middle-skill” jobs in advanced economies, the IMF warned of a “growing disillusionment with globalization.”

“There is a palpable risk that legitimate equity concerns could trigger protectionist policy actions under the pressure of mounting skepticism toward trade, immigration, and multilateral engagement,” it said.

“In the United States, the authorities have declared their intention to reopen existing trade agreements. If well executed, and mutually agreeable, such efforts could benefit all signatories; by contrast, an increase in tariffs or other trade barriers would harm both the U.S. economy and its trading partners, especially if there are retaliatory responses. In Europe, the coming elections offer a platform for such protectionist policy tendencies to enter the mainstream,” it added.

In Asia, the IMF pointed to China’s “dangerous dependence on rapidly expanding credit, intermediated through an increasingly opaque and complex financial system.” It flagged the bond market turmoil of late 2016 as a warning of the vulnerabilities in the financial system, while external triggers such as protectionist moves by major trading partners could cause further shocks, flowing onto the rest of the region.

With the global economy not yet “out of the woods,” the IMF suggested policymakers continue monetary accommodation “where inflation remains stubbornly below target levels,” such as in Japan and Europe.

“Growth-friendly fiscal measures, especially where there is fiscal space, can support demand where that is still needed and contribute to expanding supply and reducing external imbalances. All countries have opportunities for structural reforms that can raise potential output as well as resilience to shocks, although specific reform priorities differ across economies,” the IMF said.

However, in the wake of increasing protectionist sentiment in Europe and from the Trump administration, the fund called for “renewed multilateral commitment to support trade, paired with national initiatives that can help workers adversely affected by a range of structural economic transformations.”

The IMF’s forecasts follow a broadly positive outlook from the Asian Development Bank and also the World Bank for the region’s developing economies. The World Bank expects the economies of developing East Asia and the Pacific to expand at a pace of 6.2 percent in 2017 and 6.1 percent in 2018 amid “robust domestic demand and a gradual recovery in the global economy and commodity prices.”

“In the face of rising protectionism outside the region, East Asia can seize opportunities to advance regional integration, including by deepening ongoing initiatives, lowering barriers to labor mobility and expanding cross-border flows of goods and services within the ASEAN Economic Community,” the World Bank said on April 13.

China is seen particularly vulnerable to U.S. protectionism, with Chinese apparel, electronics, and machinery sectors all potentially facing import curbs from the Trump administration, according to BMI Research.

With tensions rising in the Korean Peninsula and international trade under threat, Asia’s policymakers will have a tougher time than expected in ensuring this year’s rosier forecasts eventuate.