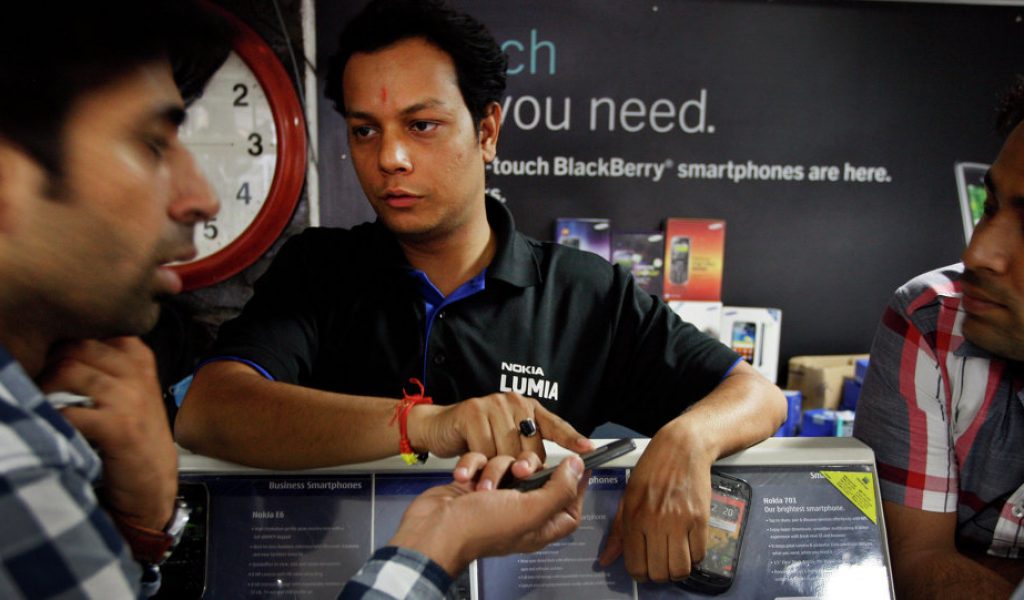 While India ponders cutting imports of gold and defense expenses, a study revealed New Delhi needs to control its spending on electronic goods, including smartphones, urgently. The sector will see demand grow to $400 billion by 2020, with a compound annual growth rate of 41% during 2017-2020.

New Delhi (Sputnik) — A study conducted by industry group Assocham and NEC Technology estimates a $300 billion gap for imports due to slow domestic production growth, which is unable to meet demand.

“The domestic production which is currently growing at a compound annual growth rate (CAGR) of 27% may touch $104 billion leaving a huge gap for import to the extent of $300 billion,” study reads. The electronics industry valued at US$ 1.75 trillion is the largest and fastest growing industry in the world.

Till now, the Indian government had focused on curbing gold and crude import which accounts for large chunks of the country’s import bill. But government data suggests that electronic imports worth $4.4 billion outpaced gold import bill by a margin of $600 million. Last year, gold imports contracted 24% to $23 billion which is considered a major achievement of the government.

Meanwhile, electronics imports picked up 2.6% at a time overall imports fell 3.7% in 11 months of the last financial year. As most of the items are imported from China, it will further deteriorate the country’s trade deficit with China. Import of Chinese phones and accessories have witnessed more than a 20-fold jump to $14.3 billion in the last 12 years.

“The domestic consumption of electronic hardware in 2014-15 was USD 63.6 billion against domestic production of $32.46 billion; out of which 58% was fulfilled with imports. With demonetization adding to the demand for POS devices and mobile phones, this demand is going to increase manifold,” the study said.

The liberal investment environment has provided some relief to the Indian government as investments in electronic manufacturing which was just $1.6 billion in June 2014 has increased exponentially to$19.2 billion in 2016. “Even though there are signs of promising growth, the local production of electronic products has to be increased significantly to meet the domestic demand. The industry suggests the government focus on both infrastructural as well as at the policy level, increased emphasis has to be provided for increasing the percentage of local component manufacturing in India,” the study said.