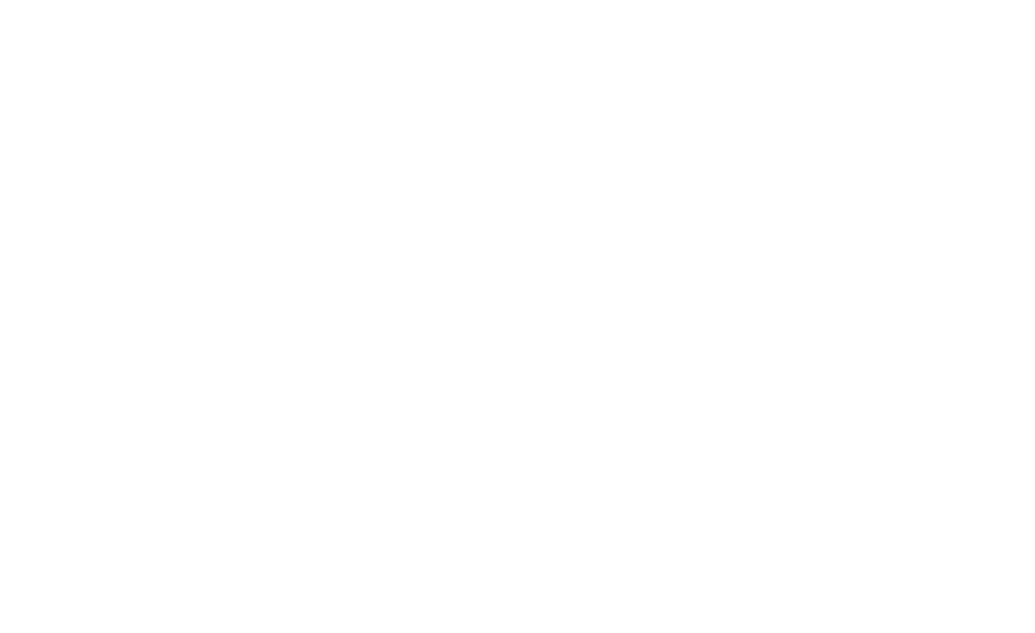 Demand is up, capacity is flat. A look at what’s behind this imbalance.

Over the last year or so, the IC industry has experienced an acute shortage of both 200mm fab capacity and 200mm equipment amid a surge of demand for certain chips.

Right now, though, the 200mm shortfall is much worse than before. But this situation isn’t expected to improve for both elements in the second half of 2017, and perhaps beyond.

On the capacity front, chipmakers are generally running their 200mm fabs at or near 100% utilization with no slowdown in sight. “200mm capacity worldwide is fully utilized,” said Walter Ng, vice president of business management at UMC. “This situation has been this way since early last year and is expected to remain so into the foreseeable future. The outlook for the second half of this year is for 200mm to be fully utilized.”

That’s good news in one respect—chipmakers want to keep their fabs full to maximize profits. The downside is they can’t take advantage of soaring demand.

Chipmakers have been looking to expand their 200mm fab capacities, and some in China are readying new 200mm fabs to meet demand. But there is hardly any new or used 200mm equipment available. Where tools are available, prices are relatively high.

The shortfall of 200mm equipment began showing up in late 2015. It lingered throughout 2016, amid a sudden and surprising demand for 200mm capacity. “Looking at the situation last year, the prevailing thought among a lot of people is that we would see some loosening up and some increased supply (of 200mm equipment) in 2017,” said Cody Harlow, director of operations for Applied Global Services at Applied Materials. “It hasn’t been there at all. As a matter of fact, there is a low supply right now for core tools. The prices for core tools are greater than the 10-year high.”

The term “core” refers to a piece of used equipment that must be refurbished. A year ago, there were 600 to 720 pieces of 200mm used equipment or cores in inventory. At the time, there was demand for about 1,000 200mm cores among device makers, according to SurplusGlobal, one of the world’s largest suppliers of secondary equipment.

“We’ve never had a situation as bad as this, where there is not enough equipment,” said Emerald Greig, executive vice president for the Americas & Europe at SurplusGlobal. “Some folks are already funded (to build 200mm fabs), but they are on hold. They are not on hold because the funding didn’t go through. They are on hold because there is no equipment.”

The 200mm crunch isn’t a short-term event, however. “We perceive that 200mm demand will continue for at least the next two to three years,” Greig said.

How did we get here?
The lack of 200mm capacity and tools are primarily due to several factors:

• Over the years, several chipmakers closed many of their 200mm fabs for cost reasons. Some decided to focus on the bigger 300mm market.
• Several equipment companies went out of business or were acquired over the years. Many vendors decided to stop building certain types of legacy tools.
• Demand for chips made in 200mm fabs exploded, especially in the automotive, communications and mobile markets.

Amazingly, despite appearing several decades ago, 200mm fabs are hot commodities today. At present, China is building most of the new 200mm fabs in the industry. In addition, several foundries and integrated device manufacturers (IDMs) are adding new 200mm fab capacity.

In total, there are expected to be 189 200mm fabs worldwide by 2020, compared to 199 plants during the peak period in 2007, according to SEMI. “Including 2016, we are tracking eight new 200mm fab projects that have started construction,” said Christian Dieseldorff, an analyst at SEMI. “Six of those eight projects are in China. They are a mix of analog, power and foundry.” Counting the number of new fabs is one thing. But projecting just how much 200mm fab capacity will be available over time involves a complex formula with a host of variables and unknowns. “You have new technologies coming in to 200mm. You also have a migration to 300mm. Then, you have average selling price (ASP) erosion,” said Mike Rosa, director of marketing for Applied Global Services at Applied Materials. “So, it is a complicated equation that sustains 200mm for many years to come.”

One way to get a handle on 200mm is to look at wafer starts per month (wspm), processes, utilization rates, and product types. In another key indicator, the average utilization rate for 200mm fabs worldwide is roughly 78% to 85%. “That number is creeping up,” Applied’s Rosa said. “We see it rising by about 4% per year.”

In addition, the product type and ASPs are also factored into the equation. “Each device has a different ASP erosion rate,” Rosa said. “It can be aggressive like MEMS. MEMS have a 3% to 5% price erosion per quarter.”

All told, wafer starts are rising in 200mm fabs, but ASPs are declining at a faster rate. So in total, the revenue from 200mm fabs is growing at a modest rate of 2% a year, he said.

Still, the numbers are pointing in the same direction. “In general, high-volume consumer products tend to ramp up in the second half of the year due to general seasonality,” said Yan Qu, senior regional marketing manager at UMC. “Therefore, you would continue to expect tight supply on 200mm capacity in the second half.”

Behind the surge
So what’s driving 200mm demand? “Analog products, MEMS and power management products continue to be critical for mobile devices and IoT,” he said. “The demand and the growth for these segments contribute to the 200mm supply shortage.”

Compounding these issues, chipmakers also are wrestling with various product mixes in 200mm. These fall into three different categories. The first involve chips that are well suited for 200mm. “They do not gain any advantages in transitioning to a more advanced technology, but the overall market demand continues to grow, such as discrete power MOSFETs,” UMC’s Ng said.

The second category involves products that will remain at 200mm, but which require more advanced processes at that wafer size. This includes display drivers and controllers, for example.

Finally, some 200mm products are migrating to 300mm. “There is a growth in demand related to applications that span a wide performance requirement, depending on the end product, such as microcontrollers and RF switches,” Ng said. “For these applications, the higher-performance products will be in 300mm-based process technologies and the rest will be in 200mm.”

Not enough tools
While 200mm capacity remains tight, chipmakers with 200mm plants face other challenges—finding equipment. “Used 200mm equipment is generally not easily available,” Ng said. “And if it is available, it is usually at a premium.”

Of the fewer than 1,000 200mm cores available on the open market, though, many are outdated or beyond the repair. The shortages are across the board, but etch, lithography and metrology tools are the hardest to find. Spare parts for 200mm tools are also scarce.

So where can you buy 200mm equipment and spares?

For years, Applied Materials, ASML, KLA-Tencor, Lam Research, TEL and other equipment makers have been in the business of refurbishing and selling their own gear. In recent times, though, Applied, Lam and TEL began making new 200mm equipment amid soaring demand in the business.

“Lam’s goal is to proactively provide solutions to our customer’s needs. Thus, Lam is always aggressively looking for 200mm tools in the market place that we can refurbish for our customers as an economical solution,” said Shahriar Shaghafi, general manager of Talus and a vice president of global operations strategic initiatives at Lam Research. “In the event there aren’t any surplus tools available in the marketplace, Lam still has the manufacturing technology to manufacture its entire suite of 200mm tools.”

Procuring 200mm gear with the original equipment maker has some advantages. “Demand for 200mm metrology and inspection tools is continuing to outstrip supply,” said Wilbert Odisho, vice president and general manager of the KT Pro group at KLA-Tencor. “Customers are looking to us, the original manufacturer, to supply 200mm tools for two reasons. First, third-party supply is limited. And second, the equipment that’s available from a third-party supplier may not be up to customer requirements.”

KLA-Tencor itself is taking steps to meet 200mm demand. It continues to provide refurbished equipment and has introduced several “remanufactured” systems in the market, such as a film metrology system (F5X), a bare wafer inspection tool (Surfscan SP2), and brightfield (2367) and darkfield (9150) wafer inspection systems.

It is also addressing the spare parts issues. “We are working hard to mitigate part obsolescence issues through re-design of optics and electronic subsystems as well as operating system upgrades,” Odisho said.

Working with an OEM has some disadvantages, however. They might charge a premium for a 200mm tool. The lead times are long. And some, but not all, equipment makers are pre-occupied with booming sales for 300mm gear today.

So another avenue is to work with a third-party used equipment company or a broker. Generally, these companies obtain tools on the open market through various means. For example, a chipmaker has excess equipment and sells it on the open market, or an IC vendor shuts down a fab and puts the gear up for bid.

Buying from used equipment firms can be a challenging process. Today, there are dozens of entities selling used gear. Some refurbish the tool and provide support. Others sell a system “as is” and you take it or leave it.

Many used equipment firms are reputable, while others are questionable. In fact, there are a number of horror stories in the field in which a chipmaker will unknowingly buy a used tool that doesn’t work or is missing parts.

Adding to the confusion is that some used equipment vendors are putting a new twist on the traditional business model. For example, SurplusGlobal recently announced what it calls a cluster. Based in Gyeonggi-do, South Korea, the cluster involves a large building, which consists of cleanroom and warehouse space.

Both fab tool vendors and used equipment competitors can rent space from SurplusGlobal’s new cluster site, which will open in 2018. The goal of the cluster is to offer a one-stop shop of tools, spare parts and service for chipmakers in Korea and elsewhere.

The selling point is that the new facility is near two large chipmakers—Samsung and SK Hynix. “In addition, we want to support China from Korea,” SurplusGlobal’s Greig said.

Others are moving towards different models. Not long ago, ClassOne Equipment, a supplier of used tools, formed a unit called ClassOne Technology. The new unit is developing new 200mm equipment under its own brand name.

The concept is simple. Over the years, many large equipment makers exited from various legacy tool markets, leaving some chipmakers in a pinch. So ClassOne Technology can fill the gap in some markets, according to Kevin Witt, president of the unit.

Regardless of the model, buying used equipment is still challenging. Witt, a chip equipment veteran, provides some advice for those who are looking to buy used gear. “There are lots of little refurbishers,” he said. “The challenge in buying from one of these companies is one of risk. If something breaks, can you get service? Then, if something else happens, how do you get parts?”

To do business with a potential vendor, Witt said it boils down to several factors—quality, reputation and service. “Make sure you open the bag, do a source inspection, and make sure the system does what you need it to do. Don’t buy sight unseen,” he said. “The second thing is to make sure the company has quality procedures, parts and service.”

The best solution: Do your homework. “If a deal is too good to believe, it usually is,” he added.