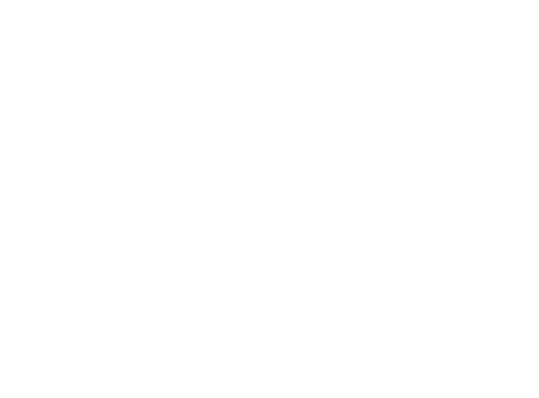 The TLV493D-A1B6 is a magnetic sensor that offers precise 3D sensing with very low power consumption in a compact, 6-pin TSOP package. It reliably measures three-dimensional, linear and rotating movements. It is well suited for use in joysticks, control elements in vehicles or household appliances and multifunctional buttons. The magnetic sensor can also serve as manipulation protection in electric meters.

Lowering the power consumption was a priority in the development of the TLV493D-A1B6. Thanks to innovative design technologies, including an energy-saving oscillator, the sensor can operate from just a few nanoamps and down to 7nA in the power-down mode. However, despite the low power consumption the 3D magnetic sensor is still able to offer very high accuracy. Furthermore, the silicon component fits into a very small package — the TSOP-06 package is only 2.9mm x 1.6mm in size — making the device smaller than any other 3D magnetic sensor on the market.

Thanks to the small package and the low power consumption, the TLV493D-A1B6 is suitable for applications that, until now, have been unable to use magnetic sensors. Suitable for replacement of potentiometers and optical solutions, the contactless positioning and high-temperature stability of the magnetic switch points makes it possible to realize smaller, more precise and more robust system concepts.

The sensor is equipped with a digital output that uses a two-wire I²C standard interface. This allows high-speed communication and use of bus mode for bidirectional communication between the sensor and microcontroller.

The power mode control unit serves to distribute energy in the IC as well as controlling sensor activation.

The sensor unit, which contains the vertical and horizontal Hall plates and a temperature sensor, measures the magnetic field in the x, y, and z directions. Each Hall plate is connected sequentially with the analog-to-digital converter (ADC) through a multiplexer. The temperature sensor is also connected to the multiplexer, but it can be de-activated to lower the total power consumption by about 25%.

In every power mode, the microcontroller has access to the communication unit through the I2C interface and to the register data in order to read out the register values. The values for the three axes and the temperature lie in separate registers. While the interface fulfils the I2C fast-mode specification (400kbps), a special electrical assembly supports data rates of at least 1Mbps. The sensor can also work on a shared I2C bus with other devices; then the microcontroller, as bus master, controls all the slaves. The standard bus address of the TLV493D-A1B6 is set by the manufacturer and can be changed through the address pin when it is switched on. The new address stays valid during operation and is reset to the factory setting only when the power supply is interrupted.

During 3D magnetic field detection, the TLV493D-A1B6 offers 12-bit data resolution for every measurement direction. This allows high data resolution of 0.098 milliTesla (mT) per bit (LSB, least significant bit). The sensor can thus measure even the smallest movements. Linear magnetic field measurements (B) of Bx, By, and Bz are also possible for the large linear field range (±130 mT). This makes it possible to measure longer magnetic movements. The large measurement range also allows a simple, robust and flexible magnetic switch design. Thanks to the use of vertical Hall plates for both planar magnetic field components (x and y direction), the sensor delivers a high magnetic precision (±5%), which allows for exact angle measurements.

After each measurement cycle, the sensor transmits a strong interrupt signal to the connected microcontroller, which can then read out the magnetic and temperature values from the sensor’s registers. The interrupt can also activate the microcontroller from its sleep mode. Because of this, the MCU may stay in low-power mode until there is a read-out phase, reducing power consumption as a whole. The TLV493D-A1B6 is equipped with five user-selectable power modes: power down, fast power, low power, ultra-low power and master controlled (table 1). The different modes can be configured through the I²C interface during operation.

When it is switched on, the sensor starts with the configuration pre-set by the factory and all functional blocks are active for a short time. Then the sensor changes into the power-down mode and switches off all function blocks. In this mode, the sensor does not perform any magnetic measurements and the power consumption drops to 7nA. When powered by two standard AA batteries of 2,400mAh each, this results in a theoretical operating time of 39,000 years.

Measure only when necessary

In low-power mode, the sensor wakes up from power-down mode every 10ms in order to perform magnetic measurements. For this it needs a current of 100µA. Regular magnetic measurement is ideal for applications such as control elements (e.g. multifunctional buttons).

Power consumption drops tenfold in the ultra-low-power mode — wake-up cycles are extended to 100ms and power consumption is reduced to 10µA. Applications that demand very low power consumption, including battery-operated systems such as manipulation protection designs for electric meters, will benefit from this mode.

In fast mode, the sensor optimises its read-out speed, starting the next conversion while sending the previous measurement via the I2C interface. This mode is particularly suitable for applications such as joysticks that have to recognize very rapid magnetic movements. In this case, the sensor’s power consumption is at most 3.7mA at a maximum sampling rate of 3.3kHz.

During master-controlled operation, the sensor waits after each measurement until the microcontroller (master) has read out the register. Only then does it initiate a new measurement cycle. This mode is particularly useful when several TLV493D-A1B6 sensors, connected through an I²C bus, are used to detect large linear movements. In this scenario, the microcontroller decides which sensor data are currently relevant and triggers the corresponding sensor. Figure 3 shows a comparison of power consumption and temperature in the various power modes.

Precise 12-bit resolution and high communication speed make the TLV493D-A1B6 ideal for joystick applications (figure 4). Traditional joysticks use a mechanical potentiometer for every x, y and z direction of movement. This approach requires a lot of space and exhibits high performance failures over product lifetime as the joystick’s zero point drifts out of the centre of movement. As a result, complex mechanical corrections of this error are required to avoid complete joystick replacement.

Figure 4: The 3D magnetic sensor TLV493D-A1B6 enables to recognize very reliable and rapidly the movements of a joystick.

In order to reduce the time needed to develop applications using the new sensor, Infineon has created an inexpensive evaluation system known as “3D Magnetic Sensor 2Go”. This system combines a TLV493D-A1B6 sensor with a 32-bit XMC1100 microcontroller. Using the hardware with the magnet and sensor software provided, it only takes a few minutes until the system is ready for the first measurements. Infineon also offers a “Joystick for 3D Magnetic 2Go Kit” joystick attachment for fast joystick measurements. Design is further simplified as the XMC1100 microcontroller also means that users have access to the ‘Dave’ free development platform.

Production of the new sensor technology has already started. Developed for industrial and consumer goods, the component can work with a voltage range from 2.7 to 3.5 volts and a temperature range from -40 to +125°C, and is qualified according to the JESD47 industry standard. In addition, for customers in the automotive industry Infineon will offer a full AEC-Q100 qualification. Volume production of 3D magnetic sensor TLE493D-A1B6, certified for the automotive industry, is planned for early 2017.

With its three Hall plates for the three spatial directions (x, y and z), the TLV493D-A1B6 recognizes arbitrary movements in space, whether they are linear or rotary. The compact 3D sensor works with such precision and energy efficiency that it is suitable for a variety of applications in industry and consumer goods. Infineon is currently qualifying the component for automotive applications.

Juergen Mann is the marketing manager for 3D magnetic sensors at Infineon Technologies in Neubiberg near Munich, Germany.