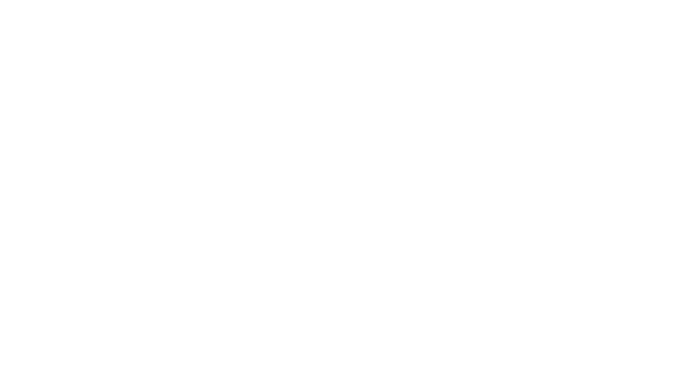 How best can PLM be defined?
Product Lifecycle Management (PLM) is a very closely knit integrating tool by which one can execute large projects in large enterprises, from the start until their completion. With our recent acquisition of Mentor Graphics, which is a leading E-CAD company, we have been able to now provide complete solutions, right from the initial concept design, through manufacturing, through the life of the product. Siemens has also always been strong in manufacturing. We have recently purchased two leading CAE companies, LMS and CD-adapco, to enhance our ability to create digital twins of products.

What does the Mentor Graphics acquisition bring to Siemens?
Mentor’s acquisition brings a multi-disciplinary change to our PLM Software business. There is a lot of work to be done to integrate it and we want to be able to do cross-probing, show effects of electrical hazards on mechanical entities and vice-versa, control length of the wires, their shielding, and Integrated Circuit (IC) designing, which is one of the major benefits of this acquisition. Also, I think ICs will start being built with additive manufacturing in single parts, because multiple materials can be infused in single entities. So, the future for this type of technology looks really promising.

In which areas will there be major results of the additive manufacturing technology?
Electrics and hybrids as well as self-driving cars are going to see a lot of these new-age integrated circuits. Apart from these, the entire electronic element involved with safety components will also move towards this technology.

The world over, companies are looking to reduce their development times. How can PLM help them?
It creates a real digital twin. No other company really combines electrical, mechanical and software as seamlessly as us and this could thus be utilised to create some of the world’s best products.

How much, percentage-wise, can PLM implementation bring down development flows of new models in the automotive sector?
It depends on where the company is starting. Many companies see a dramatic improvement, in the range of 25 to 50 percent in their design cycles. On the other hand, the more advanced companies seek unique things in design where they could, for example, track a weld and gauge its behavioural pattern as the product would go on the manufacturing line, even while designing it and take corrective actions, right at the design stage itself.

Can you detail where an OE has benefitted by using software from Siemens PLM?
Our recent big example is Daimler, where we have replaced all the tier seats of Daimler with our powertrain tool, NX and also by using a much customised version of Teamcenter, which is a very unique version, done in a bespoke fashion to meet the requirements of the highly advanced group. We have also benefitted out of this association by getting to constantly improve NX and making it more user friendly for use in general.

A highly customised version of the software would bring in a lot of data integration, with inclusion of CAD, FEA, and other related aspects of a product’s lifecycle. How does PLM software aid companies with this level of data integration?
The data integration is phenomenal and companies benefit out of it because with this much data, they are able to create products for specific markets and for particular people. Those individual products and designs could then also be managed lot more efficiently and effectively.

How do you go about incorporating PLM tools in a company’s exoskeleton?
My recommendation would be to use the off-the-shelf software available with us and not go about customising it, as far as you possibly can. Daimler started in this direction a long time ago. But, most big automotive OEs out there could very well go a lot farther away by simply using just the regular version of the Siemens PLM software too. It also gives them the flexibility of being able to upgrade to newer manufacturing technologies, as things are moving at a great pace in today’s world.

How much time would it take to implement the regular PLM software in a company’s operational systems?
On an average, it would take around a year, with some companies being capable of doing it a bit faster.

What relevant role do you see PLM software playing in the coming future, considering there is a lot of buzz about Industry 4.0 in manufacturing?
PLM actually drives Industry 4.0. One really needs to have a design, which is integrated to manufacturing through worthy systems, in order to have a functional Industry 4.0 environment. The data generated at each different lifecycle point has to move through and it has to remain integrated to offer its analysis usability and benefits.

How much of data automation is there in PLM? Can it lift up CAD data and build up BOMs by itself?
Yes, it can build Bill of Materials (BOMs) by accumulating CAD data. in fact, it could make multiple BOMs, and that is really the key. It’s no longer just engineering or a manufacturing BOM, but it generates a BOM, which incorporates multiple countries, multiple plant locations,  multiple assembly lines and it is also quite evenly designed and more comprehensive, with all the necessary variants and customisation codes built into it. So, the complexity is just tremendous and the software is taking care of handling most of it.

Would it also notify relevant people in the chain about new design changes automatically?
Yes, it does identify design changes and sends the information to the relevant people in the entire team structure of a project. Many of the traditional carmakers already had customised tools which did some of that but there is a big advantage for the newer companies, which are now starting up and have very dynamic product plans to be benefitted out of this feature of the off-the-shelf software.

Do you see automakers taking easily to PLM?
Yes, particularly in the automotive industry, things are going in the positive direction. Aerospace is the other major field to have adopted this technology. I’m happy to say that every single OE in the world is talking to Siemens for this, irrespective of their core needs not being design or manufacturing related, but could also be in the area of electronics. Electrical components in mechanical products are increasing by the day and that is where our E-CAD capabilities can trounce everything else.

How do you see the acceptance of PLM in the Indian market? Are companies embracing it?
Yes, absolutely. I was recently at Mahindra & Mahindra (M&M) and was pleasantly surprised to see how advanced they are. There isn’t a concept which they’re not looking at. It was just like experiencing any other automotive company in the world. In India, one also has to deal with cost pressures, reliability and fatigue pressures and the products they build have to last longer as well. I was very impressed with their advanced tools and methodologies. M&M has been a customer since long and our development team in Pune has been very closely associated in a lot of contemporary advancements with them.

What role does the NX software play in India on the powertrain development side?
NX is very instrumental in developing engines and other products. For example, in India, M&M has been using it to develop its powertrain portfolios in the passenger vehicle space, and for almost all the major development activities in its tractor business.

India has just switched over to BS IV emission norms. Is NX also playing a vital role in product at the back end?
Absolutely. There are a lot of things that NX has helped with in this regard. System-driven product developments and multi-disciplinary design are really necessary for such major technology evolutions.

India’s next big leap will be in 2020 to BS VI norms. Do you see it as a monumental task?
Yes, it would be a tough challenge but it is also very necessary to improve the quality of life and it is definitely doable. If we look at history, the automotive sector has embraced the challenges set by governments across the globe and they have eventually ended up developing technologies, which have also ended up working. So, I am again very optimistic.

Is it going to be more challenging for component suppliers than OEs to work on and meet this challenge?

I think most of the designs to such technologies are outsourced. So I don’t think much trouble being directly faced by Tier 1 component suppliers either and would consider them to being on a similar platform as most OEs are at the moment.

How would you measure the footprint of PLM systems for Siemens in the APAC region?
Seen broadly, China is one of our major markets, with almost all OEs utilising our systems. In Japan, our main customer has been Nissan, which has also been a very challenging one, in terms of the quality requirements it puts across. Also, we have been sending a lot of our engineers from our Pune office to Nissan, Japan to work on a lot of different projects.

Do you see any fear in customers’ minds that the software itself could take away human jobs?How do you see global companies reacting, when it comes to adapting to change?
Korean companies are very quick in their response times, followed by the Europeans and Japanese. From my personal experience, Mazda has been one big example, which revived itself from the verge of bankruptcy very quickly. On the other end, American companies are a bit on the slower side. Cost of change and people issues are the major impediments, which keep pulling companies away from moving towards such technological advancements.

We were discussing this very topic on my recent visit to M&M. It is actually the other way around. Humans are generally naturally creative beings, who get bogged down in the day-to-day activities of their jobs, hindering their true growth potential in the longer run. This is where software can chip in to take away the daily chores, which would make them more thoughtful and productive in their respective fields, thus being more valuable to the companies.

What role do you see Siemens PLM Software playing in electric vehicles which are billed to be the future of mobility?
With EVs, a lot of change gets imbibed into the mechanical structure of the cars. So, it’s a bigger design change than most people think. Our E-CAD solutions come into the picture and aid in product development. Nissan and GM have been leveraging these systems since a long time.

What are your future India market plans?
We are growing tremendously in India. I am particularly boastful about the attrition rate, which our company has been able to achieve. We have had almost zero attrition in the past six months in our offices in the country and recorded almost 5 percent in the last year. One is able to move forward strongly with a good team in place.

We are dedicated to growing our NX, Teamcenter and PLM software business in the country and would also plan on coming up with a new facility as well in the near future.