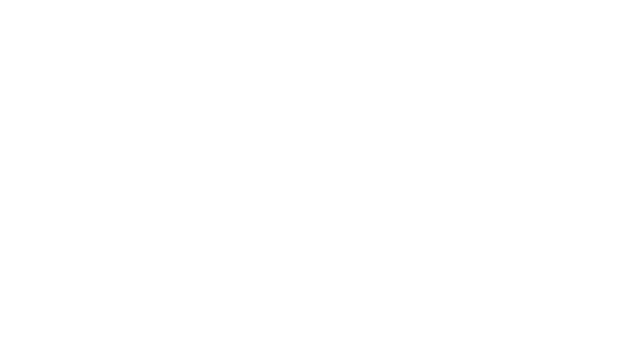 The Republic of Korea (RoK)’s Nexen Tech established a new facility to improve production capacity to meet customer demand and enhance its competitiveness through the systematic production of specialised parts for hybrid and electric vehicles.

A pioneer in automation, Nexen Tech Corporation Limited Company has realised its expansion strategy to Southeast Asia by developing a new facility in Gia Phu Industrial Complex (Ninh Binh) which is 140 kilometres from Haiphong Port.

The facility will focus on manufacturing wiring harness—the company’s flagship product with a production volume of about 450,000 products a year—used in large and small buses as well as battery module harness (battery module system) and electric vehicle charger cables, among others, to prepare for a forecast boom in hybrid electric vehicles from 2020.

The company also plans to increase the product volume for automakers in Southeast Asia who are rapidly growing, and then expand outside of Asia with the hopes of reaching the global market.

Nexen Tech is currently operating two manufacturing facilities in Qingdao (China), named GoHyeon and RaeSeo. The third plant will be built with a total area of 63,5000sq.m and a construction area of 45,000sq.m. After receiving approval for the environmental assessment report in June, the company will hold the ground-breaking ceremony in July.

Earlier this March, Nexen Tech partnered up with Volex from the UK, which is expanding its business network with wiring harness, including the exclusive supply of Tesla Model 3 rechargeable cables expected to be launched in 2018.

Thus, Nexen Tech’s products have the potential to be used in electric vehicles developed by Tesla or equipment from Dyson UK.

“This new plant will be our next step in entering Southeast Asia. We will build and operate this plant with a long-term vision through competitive products,” said Hoon.

Nexen Tech Ltd Co from the Republic of Korea will begin construction of its first factory at the Gia Phu Industrial Complex in the northern Ninh Binh province in July.

Earlier last week, the company inked a memorandum of understanding with the construction firm Hoang Dan – the complex’s investor – on a land lease for the factory, baodautu.vn reported.

The factory will manufacturing wiring harnesses – Nexen Tech ’s flagship product with a production volume of about 450,000 products a year – used in large and small buses as well as battery module harnesses and electric vehicle charger cables.

The company said it plans to provide more products for automakers in Southeast Asia who are rapidly growing, and then expand outside of Asia to reach the global market. Nexen Tech is currently operating two other factories in Qingdao, China.

Nexen Tech’s managing director Kim Jeong Hoon described the establishment of the plan in Viet Nam as an another step for his company to tap into Southeast Asian markets.

Industry goals for the coming years

Viet Nam’s industry will contribute 40 per cent to the national GDP by 2030, according to a newly issued resolution.

Under Resolution 23-NQ/TW to develop the national industry until 2030, with a vision up to 2045, issued recently by the Politburo, the processing and manufacturing industries will make up some 30 per cent.

The value of high-tech processing and manufacturing products is targeted to reach at least 45 per cent, while industrial labour productivity will increase by 7.5 per cent on average annually.

The industrial growth rate will average over 8.5 per cent, of which the processing and manufacturing industry will see a rise of 10 per cent yearly.

The resolution also sets the country’s competitive industrial performance index among the top three countries in the ASEAN, while the percentage of workers in the industrial and service sectors is over 70 per cent.

Under the new plan, the Politburo aims to finalise the country’s industrialisation and modernisation targets and become one of the top three countries in industry in the ASEAN by 2030.

To meet the targets, Viet Nam will focus on changing the restructuring of the industry, besides issuing policies on business, investment, human resources and science and technology to develop the industry, especially prioritised segments.

Some large industrial clusters will also be built to link domestic industrial enterprises and help them gain international competitiveness.

According to experts, the development of the industry will be the key driver to boost the country’s GDP growth in the first quarter of this year.

The National Centre for Socio-Economic Information and Forecast (NCIF) under the Ministry of Planning and Investment estimated the GDP growth in Q1 will be 6.23 per cent, much higher than the 5.15 per cent seen in the same period last year. Of this growth, industry and construction will lead all sectors, with a growth rate of 6.87 per cent.

Dang Duc Anh, head of the NCIF’s Department of Analysis and Forecast, said the surge of 17 per cent in the manufacturing and processing industries in the first two months of this year will drive the whole industry sector.

GDP growth in 2018 is now predicted to hit 6.83 per cent, higher than the NCIF’s forecast in December last year.

The Government’s efforts to remove challenges for businesses are expected to help boost the industry and construction sectors, NCIF said.

Major projects in the processing and manufacturing sectors and the newly signed Comprehensive and Progressive Agreement for Trans-Pacific Partnership are predicted to lift investment and trade.

The exhibition and conference “Science and Technology for Agricultural Development in the South Central Coast – Central Highlands in 2018” will be held in Khanh Hoa Province’s Nha Trang city from June 28 to July 1.

The exhibition is expected to have 300-400 booths set up by businesses, co-operatives and farmers from more than 20 provinces and cities.

Tran Xuan Dich, deputy director of the National Agency for Technology Entrepreneurship and Commercialization Development under the Ministry of Science and Technology, said, in addition to tourism, the agricultural sector plays an important role in contributing to social-economic development in the South Central Coast region.

The region’s agricultural development was still slow compared to its potential, he said, adding that “farmers and businesses need to embrace the application of advanced technologies to create specific products of each locality that are highly competitive in both domestic and export markets.”

The programme promises to provide a good chance for farmers, businesses, organisations and scientists to exchange information, understand each other’s challenges and enhance co-operation in technology application in the agricultural sector so as to improve product quality and productivity as well as the value of Vietnamese farm produce, he said.

Phan Thi My Yen, director of the Centre for Viet-Trademark Research Application and Development, said recent research conducted by the Ministry of Agriculture and Rural Development showed that science and technology contributed 30-40 per cent of the agricultural sector’s growth in past years.

“The figure is expected to increase since more and more businesses have made big investments in the sector,” she said.

The event is organised by the National Agency for Technology Entrepreneurship and Commercialization Development and the Centre for Viet-Trademark Research Application and Development in collaboration with the Ministries of Agriculture and Rural Development and Industry and Trade together with 24 localities nationwide.

A number of trade deals between Vietnamese and French businesses were inked on March 27, paving the way for further economic and trade cooperation between the two nations in the upcoming time.

A number of deals were signed under the witness of Party General Secretary Nguyen Phu Trong after his meeting with representatives from the Movement of the Enterprises of France (MEDEF).

At the headquarters of the Movement of the Enterprises of France, Vietnamese airline Vietjet and French group Safran – CFM signed a memorandum of understanding (MoU) on comprehensive cooperation in providing engines and technical and maintenance services worth US$6.5 billion for Vietjet airplanes.

Other cooperation documents included a contract between Vietjet and Gecas France on buying six A321 neo airplanes worth US$800 million on hire-purchase, an MoU between FPT and Airbus on building capacity and consulting staff and developing the Skywise data platform of Airbus, an MoU between FPT and Geopost on helping to modernize the IT system and improving the operation efficiency of Geopost.

Following their talks between Party Chief Trong and French President Emmanuel Macron, the leaders witnessed the signing of a number of cooperation agreements.

A MoU was also signed by Viet Nam’s T&T Group and Bouygues Group of France on cooperation in investment in the €1.4 billion (US$1.7 billion) urban railway project No. 3 connecting Ha Noi’s centre with it suburb town of Son Tay.