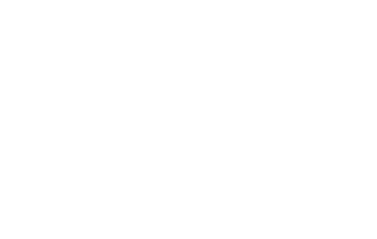 Traffic to the cloud is doubling each year, driving demand for new technologies for everything from the RF front end of mobile phones to the architecture of data centers. “5G is not like the other Gs — it’s an inflection from consumer to industry,” says Sree Koratala, Ericsson VP Technology and Strategy, who will open the program on the disruptive demands for new technologies in 5G and the cloud at SEMICON West 2017, July 13, in San Francisco.

The coming exponential increase in demand for data to petabytes per day (a staggering 1015 bytes) means disruptive changes for the semiconductor technologies needed to move, process and store all that data, in 5G and the cloud. Source: Intel

Ericsson’s research projects 29 billion connected devices by 2022, and the majority ─ 18 billion ─ of those will be industrial IoT devices for applications like factories, transportation, and the grid, surpassing consumer phones and laptops.

The majority of connected devices will soon be industrial and other IoT devices, not mobile phones and computers. Source: Ericsson

This range of applications means a huge diversification of performance requirements for communication, with some use cases demanding a 5X improvement in latency, 100X faster data speed, or 1000X higher data volume. “We need to develop next generation technology across the whole system, from the RF front end, to the base stations, to the cloud networks, with 3D beam forming for coverage, multi-user MIMO for capacity, and a key role for GaN and GaAs,” she suggests. “5G will mean a shift in the core network architecture, from being based on nodes to a true intelligent platform for dynamically creating the network in the cloud.”

Demand for bandwidth drives optics deeper into the data center

Data centers are now ramping their investment in high speed connectivity at the staggering rate of 60% compound annual growth as they strive to grow their data traffic by 2X per year. “The massive amount of data moving to and from the data center drives demand for an even larger amount of data traffic within the data center. That’s beginning to drive high speed optics deeper into the data center and transforming the optics industry, which has not manufactured these types of devices at such high volumes before,” notes Robert Blum, Intel’s director of Strategic Marketing and Business Development for Silicon Photonics, who will discuss these developments in the program. Silicon photonics is starting to make inroads now as data centers upgrade connections between switches to 100 Gigabits per second, he says, and future networks will see high speed silicon photonics connectivity all the way to the server as well. The maturing technology opens possibilities for integrating optics with networking silicon in the future, avoiding the need for pluggable modules altogether.

Intel® Silicon Photonics, in development for more than a decade, uniquely integrates the laser by bonding InP epitaxial material on 300mm silicon wafers, using standard high volume CMOS processing and eliminating the need for precision laser alignment. Multiple lasers with different wavelengths can be integrated on the same chip together with optical modulators and multiplexers, allowing efficient wafer-level manufacturing and test. The initial 4x25G parallel single mode 100G device is in mass production, and production is now ramping for a duplex fiber variant with 100G over a single fiber.

Pace of change accelerates, as cloud providers look to alternatives in race to keep up performance

“This fast growth in demand for communications bandwidth and cloud capacity means an accelerating pace of change for the semiconductor supply chain,” notes Jag Bolaria, principal analyst at The Linley Group, who will talk about the changing market. In the scramble to increase speed, the cloud providers are starting to design their own custom silicon to differentiate their performance and features, instead of buying the off-the-shelf components.  Meanwhile, new entrants are offering chips with architectures better suited to parallel processing that promise to accelerate cloud workloads.

“On the networking side as well, cloud providers are now upgrading every two years, making jumps in speed that used to take a decade,” says Bolaria, noting the increase in speeds from the server to the top of the rack from 10Gbps to 25G and even 50G, to 100-200 Gbps between the racks, and 400Gbps between data centers. On the networking side as well, cloud providers are moving to custom solutions, sometimes even having products manufactured directly to their own specifications. New entrants are also finding opportunities in this switching space, with new architectures or more programmable offerings, which meet the demand for programmability to align with the fast changing requirements. This evolving environment also creates opportunity for suppliers of embedded processors to enable the software control of these switches, routers, and networks.

Data volume and demand for bandwidth are also growing faster than the traditional telecommunication upgrade cycles, so the cloud providers are building out their own networks to maintain performance, creating a boom in demand for long-haul modules. That leaves the telecomm providers to focus mainly on the last mile where they are looking at fiber-to-the-neighborhood and 5G for fixed wireless broadband.