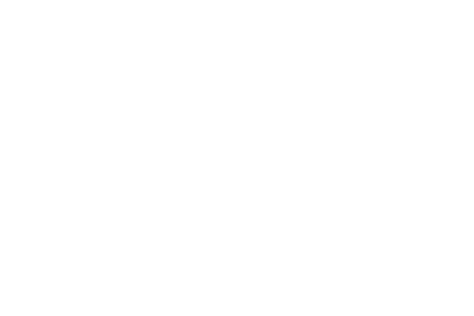 Apple may reportedly team up with its Taiwanese supplier Foxconn, which is considering investing $7 billion to build a flat-panel screen factory in the U.S. The Nikkei Asian Review quotes Foxconn CEO Terry Gou saying Apple is willing to invest in the project because it needs flat-panel displays.

If major iPhone supplier Foxconn Technology Group decides to build a $7 billion plant in Pennsylvania — something that’s far from a guarantee — local leaders hope the Taiwanese electronics manufacturer looks no further than the Lehigh Valley.

To get started on those efforts, Cunningham sent an email Tuesday afternoon to the two local county executives and the mayors of Allentown, Bethlehem and Easton along with their economic development directors, informing them that the LVEDC reached out to Gov. Tom Wolf‘s office to let the state know of the area’s interest in presenting potential sites in Lehigh and Northampton counties for consideration.

While Cunningham said the state will run “whatever engagement takes place with Foxconn regarding any competition for the plant,” he encouraged those included on the email to identify any sites within their jurisdiction that they believe could accommodate a plant of that size.

The LVEDC already has compiled several possible sites, he said, but the group won’t publicly release the locations because the list to the state is not fully complete.

“Sometimes these things develop and advance, and sometimes they are just trial balloons or stalking efforts to fish for state and federal government incentives,” Cunningham wrote in the email. “Most certainly, it will be a long process.”

Cunningham sent the email two days after, according to several media outlets, Foxconn Chairman Terry Gou said at a company event in Taiwan that the electronics giant was considering building a flat-panel screen factory in the United States, which could create 30,000 to 50,000 jobs. By comparison, the peak employment at Bethlehem Steel’s flagship plant in Bethlehem was 31,523 in 1943.

The Nikkei Asian Review reported Gou as saying it would be a joint investment with Foxconn’s largest client, Apple, and several outlets said the Foxconn founder identified Pennsylvania as the leading candidate for the plant, though discussions are underway with other states, too.

But in a statement emailed Wednesday, Foxconn was more noncommittal than its chairman. The company said it is conducting an evaluation of the conditions and potential locations for establishing manufacturing facilities in the United States.

“While it is not currently possible to confirm the location for that potential investment or estimate the number of jobs that might be created, it is expected that it would create many direct and indirect job opportunities with the new operation and throughout the supply chain in the U.S.,” Foxconn said, noting it would only announce an investment plan after negotiations have been completed and upon receiving the green light from its board of directors.

Gou’s comments Sunday came about 11/2 months after Foxconn partner SoftBank CEO Masayoshi Son revealed Foxconn’s potential U.S. expansion following a meeting with then President-elect Donald Trump. During his campaign, Trump said he would slap a 45 percent tariff on Chinese imports to defend American jobs, but such a strategy could also result in U.S. consumers paying more for items such as electronic gizmos as affected companies would try to recoup some of the added cost.

While Foxconn’s potential U.S. expansion appears far from a sure bet, states such as Pennsylvania are taking Gou’s comments seriously.

Heidi Havens, a spokeswoman with the Pennsylvania Department of Community and Economic Development, said in an email that Gou met with the state’s Taiwan/China investment office representative last week and expressed a desire to invest in Pennsylvania. But, she noted, the meeting did not address specifics on a proposed project.

In mid-December, Havens said Foxconn contacted the department’s office in Taiwan to examine the programs available for companies interested in locating in Pennsylvania.

“DCED will continue to work with Foxconn to explore potential investment opportunities in Pennsylvania,” she added.

Pennsylvania will have to work hard because Foxconn’s hunt for potential locations will inevitably morph into a national site search, according to John Boyd Jr., principal of the Boyd Co. Inc., a corporate site selection firm in Princeton, N.J. He expects Foxconn to leverage its site search to elicit many benefits, including offers of free land and reduced electricity costs, and to influence legislation coming out of Washington, D.C.

In Pennsylvania, Boyd said, the Lehigh Valley is a “very reasonable, smart place” for Foxconn to consider because of its transportation infrastructure, its proximity to major ports such as Port Newark, a plethora of attractive industrial parks and its location near New York City, where Foxconn executives could have a presence. A major port will be key, he noted, because the plant would need to bring in materials and goods from around the world.

Outside of Pennsylvania, Boyd expects South Carolina to be a major player in trying to lure Foxconn because of the Port of Charleston and the state’s status as “right-to-work” state, which means employees there can’t be forced to join a union.

“That’s the type of market that realistically the Lehigh Valley will be competing with,” he said.

Because of the sizable workforce that would be necessary for the plant, Boyd said, Foxconn would need to locate the facility near a large population center, though he predicted people would be willing to drive 50 miles to work each day for such jobs.

One location Foxconn already is familiar with in Pennsylvania is Harrisburg, where the company has a small operation and, in 2013, announced intentions to spend $30 million on a new plant that would employ up to 500. For that project, Havens said, DCED officials met with Foxconn representatives on various occasions and showed them potential locations for the planned site, but the project did not come to fruition.

As part of the same announcement in 2013, Foxconn said it would invest $10 million for research and development at Carnegie Mellon University in Pittsburgh. When asked whether Foxconn ever delivered on its pledge, CMU spokesman Ken Walters said Wednesday the university had no comment.

David Black, president and CEO of the Harrisburg Regional Chamber and Capital Region Economic Development Corp., said the chamber believes Harrisburg still makes sense for a Foxconn facility because of the area’s connector industry and available educational support and skill sets in the region.

For the Lehigh Valley, completing its list of viable potential sites and dashing it off to the state is the next step.

“We’ve got a strong network set up for manufacturing, and the reason we have the manufacturing base here is because of our location,” Cunningham said. “We’re very well located for large-scale manufacturing.”

The Lehigh Valley could have another potential advantage: In his email, Cunningham noted the Pennsylvania international investment contractor in Taiwan that Foxconn contacted is the same person the LVEDC worked with to get Chinese company Fuling to open its first U.S. plant in Upper Macungie Township.

While it’s still early and remains unclear whether the Foxconn plant will be built — let alone in Pennsylvania — Boyd said there is still value for the Lehigh Valley to be discussed in such a “trophy project,” even if the region ends up finishing as a bridesmaid in the competition.

“There’s branding value associated with being in the running for this,” he said.

Get the inside scoop on the Lehigh Valley’s business scene on The Business Cycle, themorningcall.com/business

Hon Hai Precision Industries, known as Foxconn Technology Group, ranks No. 25 in Fortune’s Global 500 and is a partner for joint-design, joint-development manufacturing, assembly and after-sales services to global computer, communication and consumer-electronics companies, such as Apple, Dell and Sony. Here is some information about the company: