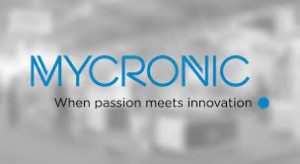 Mycronic AB has appointed Pierre Brorsson as Chief Financial Officer. Currently working in his own company focusing on Acquisitions and Financial Management, the appointment is effective October 25, 2021.

He is engages as an Integration Manager by Atlas Copco for their newly formed Machine Vision Solution division. He was previously Group CFO at Ramirent between 2016 and 2018 and before that held senior positions both as Financial Manager as well as VP Business Development at Atlas Copco.

“I am very pleased to welcome Pierre to Mycronic”, says Anders Lindqvist, Mycronic’s President and CEO. “Pierre has a solid international industrial background from key financial and business development functions in Atlas Copco and Ramirent. I am convinced he has the right skills, experience and drive to contribute to Mycronic´s further profitable growth in several ways. Pierre will in the management team, in addition to the CFO-scope, assume responsibility for Corporate Development, previously lead by Niklas Edling.”

Pierre will replace Torbjörn Wingårdh, who has chosen to pursue a career outside the company in connection with the change in organisation, a press release states. Torbjörn will remain in his current role until October 25 and will stay with Mycronic until March 7, 2022, to ensure a smooth transition.

“I would like to thank Torbjörn for his valuable contribution during his 5 years with Mycronic. He has been an important member of the management team during very successful years”, says Anders Lindqvist, Mycronic’s President and CEO.