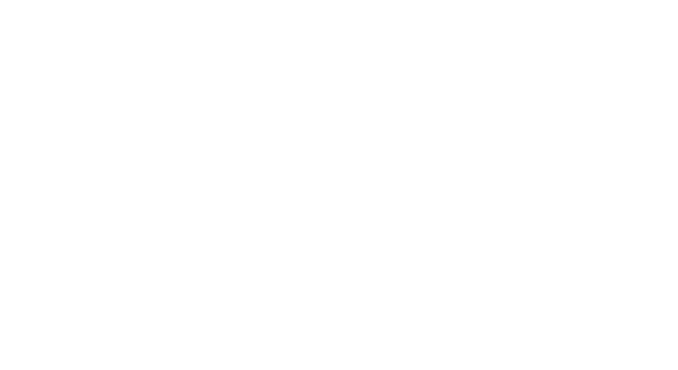 Deepak Chopra, OSI Systems’ Chairman and Chief Executive Officer, said, “We are pleased to announce a strong finish to fiscal 2018 highlighted by impressive sales and bookings in the Security division. We are proud to have surpassed $1 billion in annual sales for the first time in our history. We enter fiscal 2019 with a strong backlog, an enhanced leadership team, and heightened focus on our core strengths.”

Mr. Chopra further commented, “Our Optoelectronics and Manufacturing division continued the steady performance seen throughout fiscal 2018. Fourth quarter sales increased 9% on a year-over-year basis. However, one of our businesses within this division incurred an operating loss in the quarter contributing to an overall year-over-year reduction in operating income. We have taken steps to address the operational issues and expect improved performance in fiscal 2019.”

Mr. Chopra continued, “Fourth quarter sales in our Healthcare division decreased 11% as compared to the prior fiscal year. Although we are disappointed with the second half results of our Healthcare division, we are encouraged by the direction under new leadership. We are increasing focus on patient monitoring, diagnostic cardiology, and supplies and accessories and leveraging our market positions in the U.S. and Europe, while de-emphasizing our anesthesia products that lack scale. We anticipate these actions should lead to increased margins in this division.”

Mr. Chopra concluded, “During fiscal 2018, we repurchased $63 million of common stock as part of our share repurchase program, returning value to our shareholders, and now have approximately 851,000 shares available for future repurchases. Going forward, we will continue to focus on creating long-term shareholder value by pursuing various growth initiatives, targeting strategic acquisitions, and exiting non-core lines of business.”

As a result of the enactment of the Tax Cuts and Jobs Act (the “Tax Act”) in December 2017, the Company recognized a charge of $55 million during the fiscal year ended June 30, 2018. The charge includes management’s estimate of the tax on accumulated overseas profits and the revaluation of deferred tax assets and liabilities. The changes included in the Tax Act are broad and complex. The final impacts of the Tax Act may differ materially from the amounts estimated due to, among other things, changes in interpretation of the Tax Act, any legislative action that may be taken to address questions arising due to the Tax Act and any changes in accounting standards for income taxes or related interpretations in response to the Tax Act. The Company currently anticipates finalizing and recording any resulting adjustments by the end of the 2018 calendar year.

The Company’s fiscal 2019 diluted earnings per share guidance is provided on a non-GAAP basis only. The Company does not provide a reconciliation of non-GAAP diluted EPS guidance to GAAP diluted EPS (the most directly comparable GAAP measure) on a forward-looking basis because the Company is unable to provide a meaningful or accurate compilation of reconciling items and certain information is not available. This is due to the inherent difficulty, high variability, and complexity in accurately forecasting the timing and amount of various items that would be excluded from GAAP diluted EPS, including, for example, acquisition costs and other non-recurring items that have not yet occurred, are out of the Company’s control or cannot be reasonably predicted. For the same reasons, the Company is unable to address the probable significance of unavailable information. The amount of these deductions may be material and, therefore, could result in GAAP diluted EPS, the corresponding GAAP financial measure, being materially less than projected non-GAAP diluted EPS.

This earnings release includes a presentation of non-GAAP net income, non-GAAP diluted earnings per share, non-GAAP operating income (loss) by segment and non-GAAP operating margin, all of which are non-GAAP financial measures. The presentation of these non-GAAP figures for the three and twelve months ended June 30, 2017 and 2018 is provided to allow for the comparison of the underlying performance of the Company, net of impairment, restructuring and other charges (including certain legal costs), amortization of intangible assets acquired through business acquisitions, non-cash interest expense related to convertible debt and gain from the disposition of a business, and their associated tax effects, and the impact from discrete income tax items, including charges resulting from the Tax Act. Management believes that these non-GAAP financial measures provide (i) additional insight into the ongoing operations of the Company, (ii) meaningful supplemental information regarding the Company’s results (excluding amounts management does not view as reflective of ongoing operating results) for purposes of planning, forecasting, and assessing the performance of the Company’s businesses, (iii) a meaningful comparison of results of current periods against results of past periods and (iv) financial results that are comparable to those of peer companies. Non-GAAP financial measures should not be assessed in isolation or as a substitute for measures of financial performance prepared in accordance with GAAP. These non-GAAP measures may not be the same as similar measures used by other companies due to possible differences in method and in the items or events being adjusted.

The Company will host a conference call and simultaneous webcast over the Internet beginning at 1:30pm PT (4:30pm ET) today to discuss its results for the fourth quarter of fiscal 2018 and the full 2018 fiscal year. To listen, please visit the Investor Relations section of the OSI Systems website, http://investors.osi-systems.com/index.cfm and follow the link that will be posted on the front page. A replay of the webcast will be available shortly after the conclusion of the conference call until September 6, 2018. The replay can either be accessed through the Company’s website, www.osi-systems.com, or via telephonic replay by calling 1-855-859-2056 and entering the conference call identification number ‘3678868’ when prompted for the replay code.

OSI Systems is a vertically integrated designer and manufacturer of specialized electronic systems and components for critical applications in the homeland security, healthcare, defense and aerospace industries. The Company combines more than 40 years of electronics engineering and manufacturing experience with offices and production facilities in more than a dozen countries to implement a strategy of expansion into selective end-product markets. For more information on OSI Systems or its subsidiary companies, visit www.osi-systems.com. News Filter: OSIS-E

This press release contains forward-looking statements within the meaning of the Private Securities Litigation Reform Act of 1995, Section 27A of the Securities Act of 1933, as amended, and Section 21E of the Securities Exchange Act of 1934, as amended. Forward-looking statements relate to the Company’s current expectations, beliefs and projections concerning matters that are not historical facts. Forward-looking statements are not guarantees of future performance and involve uncertainties, risks, assumptions and contingencies, many of which are outside the Company’s control and which may cause actual results to differ materially from those described in or implied by any forward-looking statement. Forward-looking statements include, but are not limited to, information provided regarding expected revenues, earnings and growth in fiscal 2019. In addition, the Company could be exposed to a variety of negative consequences as a result of delays related to the award of domestic and international contracts; failure to secure the renewal of key customer contracts; delays in customer programs; delays in revenue recognition related to the timing of customer acceptance; unanticipated impacts of sequestration and other U.S. Government budget control provisions; changes in domestic and foreign government spending and budgetary, procurement and trade policies adverse to the Company’s businesses; global economic uncertainty; impact of volatility in oil prices; unfavorable currency exchange rate fluctuations;; effect of changes in tax legislation; market acceptance of the Company’s new and existing technologies, products and services; the Company’s ability to win new business and convert orders received to sales within the fiscal year; enforcement actions in respect of any noncompliance with laws and regulations, including export control and environmental regulations and the matters that are the subject of some or all of the Company’s ongoing investigations and compliance reviews; contract and regulatory compliance matters, and actions, if brought, resulting in judgments, settlements, fines, injunctions, debarment, or penalties; and other risks and uncertainties, including, but not limited to, those detailed herein and from time to time in the Company’s Securities and Exchange Commission filings, which could have a material and adverse impact on the Company’s business, financial condition, and results of operations. For additional information on these and other factors that could cause the Company’s future results to differ materially from those in any forward-looking statements, see the section titled “Risk Factors” in the Company’s most recently filed Annual Report on Form 10-K and other risks described therein and in documents subsequently filed by the Company from time to time with the Securities and Exchange Commission. Undue reliance should not be placed on forward-looking statements, which are based on currently available information and speak only as of the date on which they are made. The Company assumes no obligation to update any forward-looking statement made in this press release that becomes untrue because of subsequent events, new information, or otherwise, except to the extent it is required to do so in connection with requirements under federal securities laws.