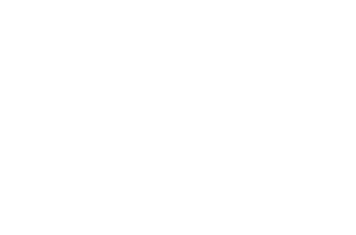 U.S. President Donald Trump is expected to sign legislation on Monday that will bring greater focus and long-term leadership to the government’s interests in military electronics.

Specifically, Section 845 of the FY2019 National Defense Authorization Act (NDAA) – passed by the U.S. House and Senate last month – calls on the Secretary of Defense, in consultation with the Executive Agent for Printed Circuit Board and Interconnect Technology (based at the Naval Surface Warfare Center in Crane, Indiana) and the Director of the Office of Management and Budget (OMB), to prepare a report to Congress by January 2019 on the health of the U.S. defense electronics industrial base.

The report must include an examination of the department’s partnerships with industry and a plan to formalize the long-term resourcing and mission of the Executive Agent, which is the principal Defense Department entity charged with assuring the security and availability of printed circuit and interconnect technologies for defense electronics. The effort will build upon work already in progress within the Trump administration to ensure a more resilient defense equipment supply chain.

U.S. Senator Joe Donnelly (R-IN), who offered the legislative language, said: “Working together with the many companies around the state that support the electronics supply chain, Crane plays a critical role in our national defense and in Indiana’s economy. It is my honor to support these hard-working Hoosiers with this amendment, which requires a renewed focus on the defense electronics industrial base, including the work of the Executive Agent at Crane.This provision will strengthen our electronics manufacturing industry and ensure that our servicemembers have dependable access to the advanced electronics they need to succeed in any mission.”

IPC has been working on the issue for months. During IPC’s annual advocacy event in Washington, D.C. in May, member company executives discussed this subject with senior officials from the White House, the departments of Defense, Commerce and Labor, Sen. Donnelly, and Sen. Todd Young (D-IN).

Most recently, IPC was successful in persuading members of Congress not to adopt a House provision that would have repealed the statutory requirement for the Executive Agent. Representatives Trey Hollingsworth (R-IN9), Ro Khanna (D-CA17), and Larry Bucshon (R-IN8) sent a letter to the NDAA conferees in support of the Senate language. Meanwhile, IPC members engaged their own members of Congress, alerting them of the harmful House provision.

“By including this provision in the NDAA, we’re fighting for both our country’s warfighters and the hardworking men and women of Crane Naval Base right here in southern Indiana,” said Rep. Trey Hollingsworth. “The military’s program at Crane to support domestic manufacturers will prevent our warfighters from having to depend on foreign suppliers for our most sensitive military technology.”

On a related note, the Trump administration is expected to release a report soon on the overall U.S. defense industrial base. That report, prompted by a July 2017 executive order by President Donald Trump, reflects months of analysis by the departments of Defense, Homeland Security, Commerce, and Labor, and is expected to be released within weeks. The objective of the effort has been to determine whether there are enough U.S. manufacturers and trusted foreign suppliers of vital military equipment, and whether there are enough skilled workers to work in the field.

IPC looks forward to continuing its work with members of Congress and the Trump administration to address issues of concern in the electronics supply chain.