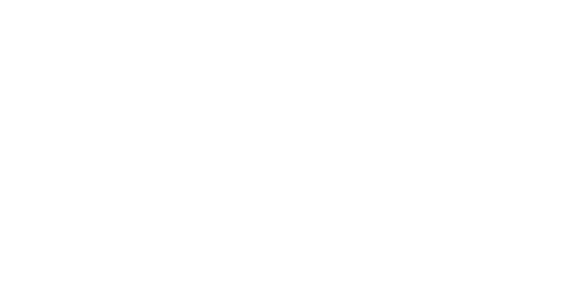 The mantra at Sharp Electronics’ U.S. headquarters in Mahwah used to be bigger is better.

The Japanese electronics giant, once the leader in the television industry, spent the first part of this decade unveiling larger and larger flat-screen televisions, proudly displaying a 110-inch model in its Mahwah lobby.

Now, Sharp has fine-tuned its strategy and is thinking smaller.

North Jersey is home to the U.S. headquarters of five major consumer electronics companies with Asian roots. They are:

Haier (pronounced higher) has 135 employees in Wayne. Its U.S. headquarters has been in Wayne since 2014. Haier, a Chinese corporation, is the world’s largest appliance maker. It acquired the appliance unit of GE this year.

LG has 500 employees in its Englewood Cliffs offices, where it has been for 27 years. It is constructing a U.S. headquarters expected to house 1,100 workers when it is completed in 2019. LG is a South Korean conglomerate.

Panasonic had offices in Secaucus for 40 years before moving its U.S. headquarters to Newark in 2013. It also has a technology center in Harrison. It has about 1,000 employees and contractors at those sites. The parent corporation is based in Japan.

South Korean electronics brand Samsung has its North American headquarters in Ridgefield Park, where it employs about 900 people. It also has offices in Bridgewater and Pine Brook. It’s had offices in North Jersey since 1978.

Japan-based Sharp has 346 employees at its U.S. headquarters in Mahwah. Its Sharp Electronics Marketing Company of America (home appliances) and Sharp Imaging and Information Company of American (copiers and professional displays) divisions are based there.

Over the past year and a half, the company has trimmed staff, consolidated its North Jersey operations, shifted focus from televisions to more profitable small appliance lines such as microwaves and air purifiers, and changed its marketing message to equate Sharp products with health and wellness.

As a result, executives leading Sharp’s restructured U.S. consumer electronics division, including several with experience at the other major electronics subsidiaries headquartered in North Jersey, say they think of themselves as leading a nimble, newly launched business, with its best years ahead of it.

“We affectionately call our appliance business a start-up, if you will, even though we have been doing this for decades,” said Peter Weedfald Sharp’s new senior vice president of sales and marketing for the home appliance division. Weedfald, a former chief marketing officer for Samsung, said today’s Sharp is “running lean strategically and tactically.”

In the past 18 months, Sharp has sold the Mahwah buildings that housed its U.S. headquarters and warehouse; exited television manufacturing and sold its flat-screen factory in Mexico; entered into a licensing agreement with Chinese manufacturer Hisense to produce Sharp-branded TVs, and sold a two-third stake in the company to Hon Hai Precision Industry Co. Ltd — the Taiwanese electronics manufacturing giant also known as Foxconn, which makes iPhones and iPads for Apple as well as PlayStation and Xbox video game consoles.

Sharp today “is a dramatically smaller company for sure,” said Alan Wolf, senior editor of the consumer electronics industry trade publication TWICE. “But they’re able now to focus on a smaller, more niche part of the marketplace. They’re essentially starting over.”

Sharp now leases the Mahwah headquarters building, but is expected to move soon to a smaller building in Montvale. While executives haven’t yet announced their plans, in April the state Economic Development Authority awarded the company $6.9 million in tax credits to remain in New Jersey. Sharp said it was considering moving to Pearl River, N.Y.

Sharp Electronics Marketing Company of America, or SEMCA, as it is called in Sharp shorthand, is the U.S. division leading the repositioning of the Sharp brand in this country.

James Sanduski was named president of SEMCA in January 2015 and has been placed in charge of transforming it from a TV-focused division to a team that looks for new ways to gain market share in its niche categories.

“It’s great for consumers, but its very challenging from a profitability standpoint for manufacturers,” Sanduski said. “So we made the decision as a corporation to move away from the direct manufacturing and marketing of televisions in the United States to a new business model where we would license the Sharp brand, because there’s a lot of equity in the Sharp brand.”

Sharp earns royalties from Hisense, and Hisense agreed to build Sharp-brand sets to Sharp’s quality standards. Branding and advertising for Sharp-licensed televisions is overseen by Weedfald’s sales and marketing group, “to make sure that the look and feel matches our brand platform.”

Sanduski, who joined Sharp in 2011, has also worked at Panasonic and Sony, in addition to Samsung, in North Jersey. He has also worked for HP (Hewlett Packard) on the West Coast and in France. His predecessor as Sharp president, John Herrington, left Sharp for Samsung.

The Hon Hai (Foxconn) investment, Sanduski said, gives Sharp a $3.5 billion capital infusion. Hon Hai and Sharp have announced that $400 million of that investment will be earmarked for consumer division products, particularly for the development of Internet-connected home appliances. An air purifier with a Wi-Fi connection, for example, would allow a homeowner to see the quality of the air from their phone, or to turn the device on or off from another room or remotely.

Foxconn, Sanduski said, is “an incredibly efficient” and cost effective manufacturer. Foxconn will bring its manufacturing prowess to Sharp, and Sharp in turn gives Foxconn something it hasn’t had — a brand that connects it directly with consumers. Sanduski said he expects Foxconn will “pour money into new product development,” and make money available to promote the Sharp brand.

“We believe that they’re going to help us super-fuel what we already have and move quicker,” Weedfald said.

Weedfald and his team have created a new “brand promise” for the appliances the company is focusing on: “Simply Better Living.”

“We did a checkup from the neck up of everyone of our products and realized that one, they’re very simple to use; two, that our products in juxtaposition against our competitive set are better than what our competition is delivering; and three, they’re all about living, or lifestyle,” Weedfald said.

“What Sharp is doing is focusing on a very select niche part of the appliance business and giving all of their offerings a health angle,” said industry expert Wolf. “As we get older, health becomes a concern,” he said. “It makes sense to tap into that health consciousness. I’m not aware of any other manufacturer that’s really focused on that front, from a marketing standpoint.”

Wolf said Sharp’s shift to appliances is a smart move, and one that other electronics manufacturers and retailers have made to cushion themselves from the ups and downs of electronics sales.

“Throughout all this upheaval in consumer electronics, retailers who sell both appliances and televisions have always been able to fall back on refrigerators and washers and air conditioners. It brings in a lot of revenue and even more important than that, margin” Wolf said.

“It’s sort of like stocks and bonds,” he added. “Electronics was the growth area when new technologies would come out, but you’d also have these big drops in the market when technologies failed or a new thing came out,” he said. “Appliances are like bonds. Steady. Maybe not screaming revenue, but solid, steady profits.”