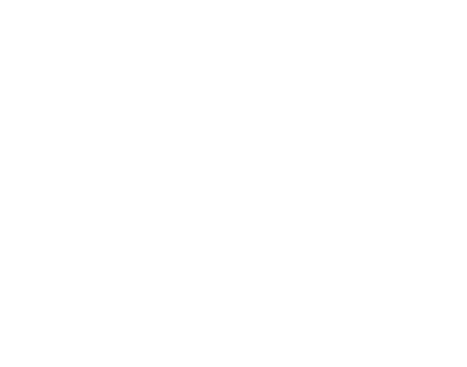 For the first quarter of fiscal 2017, Ultratech net sales totaled $57.4 million, or 27 percent higher than the $45.2 million reported in the year ago quarter. This level of net sales is the highest achieved by Ultratech over the past four years.

Arthur W. Zafiropoulo, Chairman and Chief Executive Officer, stated, “Our first quarter results illustrate our market leading technology position, combined with the strong positive leverage in our business model. Sales grew by 27% versus the prior year, resulting in a 250% increase in non-GAAP earnings per share. Robust demand for our laser spike annealing, and advanced packaging product lines drove strong bookings momentum, generating a book-to-bill ratio of more than 1 to 1. Ultratech’s portfolio of advanced products continue to meet the existing and future needs of the various industries that we serve.”

Ultratech prepares its financial statements in accordance with generally accepted accounting principles (GAAP) for the United States and supplements its GAAP financial results by providing non-GAAP measures to evaluate the operating performance of the company. Ultratech’s presentation of non-GAAP net income is defined as GAAP net income excluding the impact of share-based compensation, restructuring, amortization of purchased intangible assets and non-recurring legal expenses. Management believes the presentation of this non-GAAP measure provides useful information to both management and investors by enhancing the overall understanding of Ultratech’s core operating performance and enabling the comparison of Ultratech’s results of operations to its historical results operations as well as to the results of operations of its competitors. Ultratech believes excluding share-based compensation enhances the ability of management and investors to evaluate its performance without reference to this expense and to provide an alternate measure for comparing Ultratech’s performance historically and to its competitors. Further, management believes presenting a non-GAAP financial measure that excludes restructuring, amortization of purchased intangible assets and non-recurring legal expenses provides management and investors an alternate measure to evaluate Ultratech’s performance without reference to charges that it does not believe are reflective of its core operating performance or ongoing operations. A description of the non-GAAP calculations and a reconciliation to comparable GAAP financial measures are provided in the accompanying table entitled “Reconciliation of GAAP Net Income (Loss) to Non-GAAP Net Income (Loss).” Readers are reminded that non-GAAP information is merely a supplement to, and not a replacement for, GAAP financial measures.

This release includes forward-looking statements within the meaning of the Private Securities Litigation Reform Act of 1995. Forward-looking statements can generally be identified by words such as “anticipates,” “expects,” “may,” “remains,” “thinks,” “intends,” “believes,” “estimates,” “provides,” “demonstrates,” and similar expressions and include management’s current expectation of its longer term prospects for success. These forward-looking statements are based on our current expectations, estimates, assumptions and projections about our business and industry, and the markets and customers we serve, and they are subject to numerous risks and uncertainties that may cause these forward-looking statements to be inaccurate. Such risks and uncertainties include the timing and possible delays, deferrals and cancellations of orders by customers; quarterly revenue fluctuations; industry and sector cyclicality, instability and unpredictability; market demand for consumer devices utilizing semiconductors produced by our clients; our ability to manage costs; new product introductions, market acceptance of new products and enhanced versions of our existing products; reliability and technical acceptance of our products; our lengthy sales cycles, and the timing of system installations and acceptances; lengthy and costly development cycles for laser-processing and lithography technologies and applications; competition and consolidation in the markets we serve; improvements, including in cost and technical features, of competitors’ products; rapid technological change; pricing pressures and product discounts; our ability to collect receivables; customer and product concentration and lack of product revenue diversification; inventory obsolescence; general economic, financial market and political conditions and other factors outside of our control; domestic and international tax policies; acquisitions, cybersecurity threats in the United States and globally that could impact our industry, customers, and technologies; and other factors described in our SEC reports including our Annual Report on Form 10-K filed for the year ended December 31, 2015. Due to these and other factors, the statements, historical results and percentage relationships set forth herein are not necessarily indicative of the results of operations for any future period. We undertake no obligation to revise or update any forward-looking statements to reflect any event or circumstance that may arise after the date of this release.