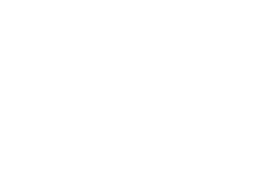 HANOI (Reuters) – Taiwan-based electronics maker Foxconn turned out the first batch of display screens this week at its $26-million factory in Vietnam, the government of the southeast Asian nation said on Wednesday.

Most of the 20,000 screens to be produced each year at the factory in the northern province of Quang Ninh are destined for export, the government said in a statement.

“Foxconn is preparing to expand the project and form a production complex,” it added, saying the plan would make the company the leading exporter in the province.

Reuters could not immediately reach Foxconn to seek comment.

The nation of 96 million has become a key production base for firms such as South Korea’s Samsung Electronics to LG Electronics Inc, after it signed several free trade pacts.

Foxconn is to expand the Quang Ninh factory, which took a year to build, to eventually produce a million display screens and televisions, for total export revenue of about $250 million next year, the government said.

That figure is to rise to $1 billion in later years, it added.

Foxconn, the world’s largest contract electronics maker, set up its first Vietnam factory in 2007 in the northern province of Bac Ninh.