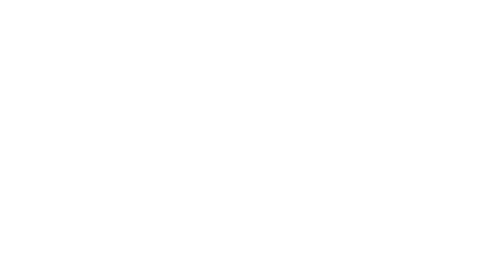 When we spoke with Max Friefeld, the CEO and cofounder of Voodoo Manufacturing, he was in a car with his fellow cofounders on the way to visit a server farm in New Jersey.

It’s been two years since the four young founders opened up a 3D-printing factory in still-industrial East Williamsburg, and they’ve done well for themselves.

On Friday, the company announced that it raised $5 million in what it’s calling a seed round led by General Catalyst. Y Combinator’s Continuity Fund, NextView Ventures and 645 Ventures also participated.

“The analogy between Voodoo and a server farm is something we’re looking to expand to the fullest extent possible,” Friefeld explained. “If you look at the automation that happened with server farms in the late ’90s, we’re trying to follow a similar trajectory with Voodoo right now.”

That trajectory, as Friefeld and his cofounder Jonathan Schwartz have told Technical.ly in the past, is something like Amazon Web Services for 3D printing, or what Friefeld also called “digital manufacturing.”

What that means is that like AWS, Friefeld wants people who need something printed to be able to simply upload their file, pay and the products will be printed out and shipped to them. That reduces the hassle of either owning one’s own 3D printers on the smaller scale, or working out contracts in China on the larger scale. Zero upfront costs, (nearly) unlimited scalability and seamless UX. That’s the vision.

“Almost every startup in Y Combinator runs on AWS,” Friefeld said. “They built this infrastructure that works for a mature business but also a startup at no incremental cost. We’re trying to do the same thing for manufacturing and we’re taking on injection molding. We’re not competing with Shapeways, we’re trying to go after Foxconn. They have very high upfront costs and long wait times.”

To do that, Friefeld says the company must focus its energy and new resources into automation. The company would like to reduce its manufacturing costs by 90 percent and has built a robot prototype, which goes by the name Project Skywalker, to make that happen.

Project Skywalker is a robotic arm that the founders built to orient and remove items from the company’s 250+ printers. The robot is the method by which the founders think they can automate up to 90 percent of the labor involved in the printing process. But to do that, they’re going to need some engineering help and so will be looking to bolster their engineering team with some new hires.

A 3D printer at work at Voodoo Manufacturing.

“The core of running a factory as a digital factory is automation,” Freifeld explained. “You need a really reliable black box that will take a digital file and produce a replica every time. The key to scale is automation for us so the money is about finding the key hires for the company in robotics and software.”

The founders of Voodoo draw high praise from others in the Brooklyn tech scene, including from their former employer: Downtown Brooklyn 3D printing pioneers MakerBot.

“Their model is amazing,” said Drew Lentz, who heads MakerBot’s learning program. “Voodoo is really powerful because that idea of flirting the line between mass manufacturing parts and customization is super cool.”

That space is undeveloped. One of the reasons Voodoo is exciting is because it’s trying to create a new market that couldn’t have existed previously. Most of the products it produces are still in the lil plastic thing category that includes promotional materials for companies (including the fantastically neat trophies for our own Brooklyn Innovation Awards earlier this year). Promotional materials is a significant market but it’s clearly not where Voodoo would like to stop.

“We spent the first 12 months hitting a breakeven point,” Friefeld said. “Now I think we’re finally at a point we can invest in automation and engineering in a way we always dreamed of. As engineers, we’re excited to put some energy behind the technology finally.”