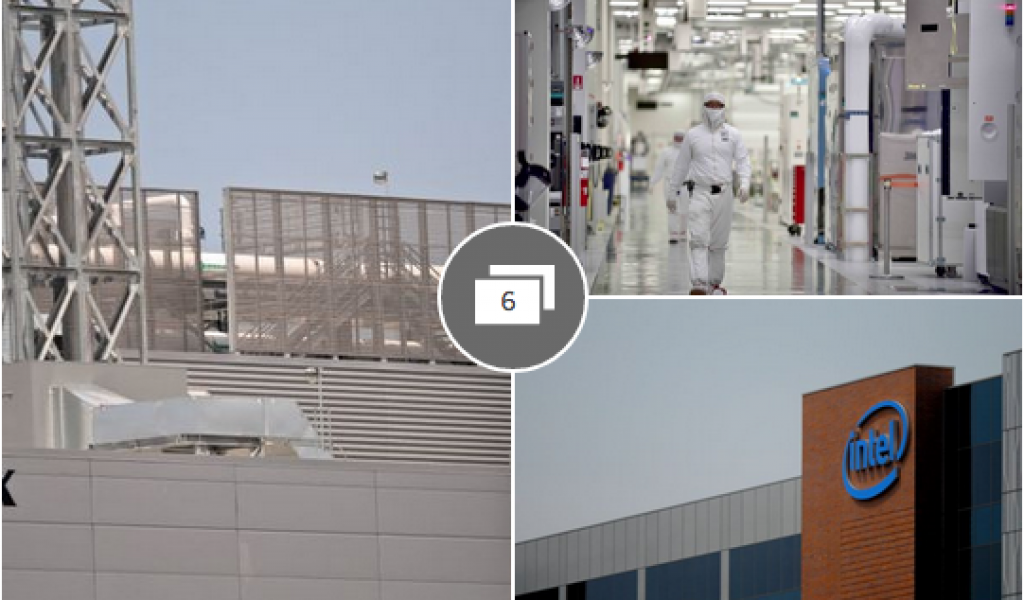 By Mike Rogoway | The Oregonian/OregonLive

Intel acknowledged late Monday it will soon begin building a massive new semiconductor factory in Hillsboro, which will surely run in the billions of dollars and rank among the largest capital projects in Oregon history.

The company told about 50 residents living near its Ronler Acres campus that it will build a third phase of its massive D1X manufacturing complex, confirming a report last month by The Oregonian/OregonLive. Additionally, Intel said it plans a new technology building to support the factory with emergency generators, utilities and additional parking.

Intel was vague on many details, including the project’s exact size and timing. Hillsboro says the chipmaker recently submitted construction permitting applications but the city has yet to fulfill a public records requests for the documents.

Sources in Oregon’s construction industry say Intel has indicated it hopes to begin construction during the first half of the year but the chipmaker would only say it plans to start work in Hillsboro sometime in 2019.

D1X Mod 3
What it is: The third phase, or module, of Intel’s massive D1X research factory. Intel develops each new class of microprocessor there, then duplicates the manufacturing process at factories around the world. Intel will also add a support building with utilities and other manufacturing services, and more parking.
Where it is: Ronler Acres is south of Highway 26 near Hillsboro Stadium. The expansion is on the southeast corner of Intel’s property, near Northeast Shute Road and Northeast Butler Street.
Size: Intel hasn’t specified but it appears to be about equal in size to each of D1X’s first two phases, 1.1 million square feet apiece.
When it starts: Intel says it plans to begin construction this year, contingent on market and economic factors.
Impacts: Intel says a new traffic signal on Shute and a new right-turn lane from Northeast Brookwood Parkway onto Northeast Evergreen Parkway will mitigate traffic impacts from the project. The company says it will install new fencing and walls to shield the finished factory from the neighborhood.

Intel is among Oregon’s largest economic engines. Though its headquarters are in Silicon Valley the company has 20,000 workers in Washington County, more than anywhere else it operates and more than any other Oregon business.

Intel announced in December that it will expand production capacity in Oregon, Ireland and Israel beginning in 2019. Monday night’s neighborhood meeting is the first time the chipmaker has provided any public details of those plans.

Intel’s new factory will be the third phase of D1X, a massive factory Intel began in 2010. Each of the first two phases were 1.1. million square feet, creating a combined facility equivalent to 15 Costco warehouse stores. The third phase will apparently increase D1X’s manufacturing space by about 50 percent, based on images of the new factory presented Monday night.

Chip factories cost billions of dollars apiece and each of the first two phases of D1X represented a considerable stimulus for the state economy. When work on the first phase began nine years ago, Intel held a major announcement in Hillsboro with Oregon’s governor and members of its congressional delegation.

For reasons that aren’t clear Intel has said little this time out, choosing a neighborhood meeting to disclose its plans rather than a public event. The company declined to invite reporters to the meeting but allowed The Oregonian/OregonLive to view documents from its presentation.

Josh Lehner of the Oregon Office of Economic Analysis said Intel’s plans represent a long-term economic win for the state.

“This proposed investment and expansion signals that Oregon will remain the home to significant, cutting-edge (research and development) operations for the foreseeable future,” Lehner wrote last month in response to The Oregonian/OregonLive’s report on Intel’s plans.

Silicon Forest manufacturing hasn’t grown since the dot-com era, Lehner wrote, and he doesn’t forecast any growth in the future. But he said the share of well-paid engineering and managerial jobs in Oregon tech manufacturing has increased, helping compensate for slower overall job growth.

Intel enjoys some of the nation’s largest tax breaks, with billions of dollars in manufacturing equipment exempt from the property taxes other businesses pay. Those incentives saved the company nearly $200 million last year alone and will apply to the new factory, too.

Intel says its factory expansion will enable it to respond 60 percent faster to chip shortages. The company endured a major shortfall at the end of 2018, with unexpected demand constraining supply for PCs and laptops.

As a result, Intel left billions of dollars in potential revenue on the table and exasperated clients who couldn’t get the microprocessors they needed to make the computers their own customers wanted.

By starting construction now, and adding to factories equipped for EUV, Intel is positioning itself to have significantly more production capacity ready when the 7nm technology is ready sometime in the next few years.

Clarification: This article has been updated to clarify that technology manufacturing wages are inflated by white-collar jobs at the top end of the pay scale, and that tech workers on the front lines earn wages comparable to other manufacturing jobs.