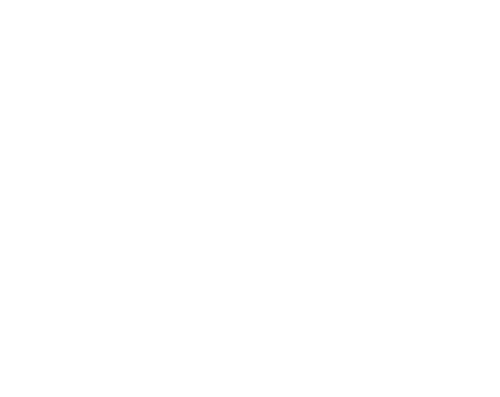 TAIPEI — Thirty years ago, few knowledgeable people would have believed a prediction that Taiwan would eventually produce more than half the chips consumed by the global electronics industry.

In the 1980s, Taiwanese industry languished in the shadow of Japan. Japanese businesses/technocrats were captivated by their own hype, touting “Japan as Number One.” Meanwhile, Deng Xiaoping’s economic reforms were taking hold, making China a serious world player after decades of irrelevance.

Taiwan’s rise to status as the world’s third-largest chip vendor three decades later by riding on the back of Taiwan Semiconductor Manufacturing Co. (TSMC) is a well-told story. Equally well-known is the story of Morris Chang. Taiwan’s government recruited the veteran executive, who had worked for Texas Instruments for 25 years, and brought him back to Taiwan in the mid-1980s. By 1987, Chang had launched TSMC, a pure-play dedicated semiconductor foundry in a business that nobody believed then was viable.

There’s a story within the story, however, that’s barely been told. It’s about a young EE student in Taiwan who witnessed the dawn of Taiwan’s semiconductor industry in the 1980s and eventually became a professor of electrical engineering at National Taiwan University and is now the Minster of Science and Technology (MOST) in Taiwan.

EE Times recently sat down with the Minister in his office. During our interview, the soft-spoken Chen talked about how it felt as a young EE with a front-row seat at the unfolding of Taiwan’s semiconductor industry. Now, he’s formulating a plan — as the Minister with the “MOSTest” — to prepare his nation for the next-generation science and technology revolution.

As he succinctly framed it, the key to Taiwan’s nation-building has been “talent mobility.” This is what he continues to pursue. Here’s an excerpt of our conversation:

EE Times: Thanks for agreeing to meet with us. I’ve heard you just came back from a trip to the United States.Chen: Yes. We visited San Francisco, Los Angeles, New York, and Boston. This was Taiwan’s delegation — consisting of multiple ministries and universities — with a mission to look for talent in the United States and offer faculty positions in Taiwan.

We’re making 300 teaching jobs available at universities in Taiwan. We want students and Ph.D.s in the United States to come to Taiwan. Together with the Ministry of Education, we’re getting ready with a special package — a five-year research grant — backed by a salary large enough to entice them.

EE Times: What kinds of people are you looking for?

Chen: We’re offering a professorship in the science and technology field — such as AI and EE. But we’re also making positions available in the liberal arts. We see that much in the new scientific fields demands interdisciplinary talent. We believe diversity is the key.

Chen: We’re aware that Taiwan isn’t the center of the world. The United States is. We’re looking for those who can teach us new technology, new business and industry ideas, and management skills.

Taiwan’s playbook
EE Times: Your story about looking for talent abroad and bringing them to Taiwan reminds me of when the Taiwan government recruited Morris Chang. Is this the same playbook?

Chen: In a way, yes. We’re ready to recruit great talent. For example, when Taiwan asked Morris to come back to Taiwan, the government knew that Morris already held a senior position at Texas Instruments. [Editor’s note: During his 25-year career (1958–1983) at TI, Chang rose to become group vice president responsible for TI’s worldwide semiconductor business.]

In order to match Morris’s experience and expectations, Taiwan offered him a position as chairman and president of the Industrial Technology Research Institute (ITRI).

EE Times: Morris was a big get for Taiwan.

Chen: In parallel to the recruitment of Morris, though, the Taiwan government had been laying the groundwork to locally start up the semiconductor industry. In 1976, the government sent close to 30 Taiwanese engineers to RCA. RCA, in those days, was an early leader in semiconductors. At the same time, we had a team of another 30 or so engineers in Taiwan getting ready to co-work with those returning from the United States.

Chen: I was a student. Those were truly exciting times. The teams — those who came back from the U.S. and those who remained in Taiwan — were both very dynamic.

EE Times: Did you have any exposure to what was going on at TSMC once it was established?

Chen: Yes. At the National Cheng Kung University, while I was working on my Ph.D., F.C. Tseng was my classmate.

EE Times: TSMC’s foundation is when the history of the semiconductor industry began in Taiwan?

Chen: No. United Microelectronics Corporation (UMC) had been already founded as Taiwan’s first semiconductor company in 1980. TSMC came second in 1987. Both were spin-offs from ITRI.

EE Times: In the 1970s, when Taiwan started to ship EEs to RCA to train there and later return, did anyone accuse Taiwan of stealing U.S. intellectual property?

Chen: No. The Taiwanese government already had a license agreement in place with RCA, and we paid for it. Under the deal, Taiwanese engineers could learn everything from designs to verification.

As I look back on the era, though, one of the most encouraging things for us was that, while both the U.S.- and Taiwan-based teams used similar technologies, our engineers in Taiwan proved to create better yields than the U.S. team.

EE Times: As you witnessed the birth of the semiconductor industry in Taiwan in your early career, what do you think you’ve learned?

Chen: I saw how Taiwan used a good model to establish a new industry. The high-tech industry changes rapidly. When it’s not easy to catch up on our own, why shouldn’t we ship the right people to the right place to learn things and grab them when they return?

EE Times: Sending young talent to the U.S. in those days proved fruitful. What are you doing today?Chen: We, at MOST, are launching a new program this year called Learn, Explore, Aspire, Pioneer (LEAP). Under this initiative, we’ll send 100 innovative and entrepreneurial doctoral- and high-level talents to study in new ventures or cooperation projects in the U.S., France, and Israel for six to 12 months.

When we were in L.A. last week, for example, we visited Idealab, a startup studio. We wanted to make sure they have slots ready for our LEAP program students.

I believe “talent mobility” is what has driven Taiwan. It’s critical. For rising stars to be born in Taiwan, we need to create opportunities where our young people can build connections with companies in different countries.

EE Times: I see you’ve included in this LEAP program not just the U.S. but also Israel and France. Why Israel?

Chen: Again, I think diversity is important. Israel, for example, is known for many research projects such as cybersecurity. MOST recently opened an office in Tel Aviv. While Israel excels in the development of software and algorithms, Taiwan is very good at hardware and software integration. We’ve proven it in IT manufacturing. Israel believes they can leverage our skills and they’re very excited about working with us.

Chen: We’ve been working with La French Tech for a while. In fact, last year, we sent three teams to Station F in Paris, and we plan to double the number of our teams there this year.

[Editor’s note: Station F is a business incubator for startups. Established by French billionaire Xavier Niel and opened last year, it is designed to house 1,000 startups. Entrepreneurs with diverse backgrounds — both French and non-French — work in residence.

Meanwhile, MOST is launching in June Taiwan Tech Arena, a new accelerator in Taipei. French Tech Taiwan is setting up shop there. The idea is to facilitate exchanges of ecosystems between French and Taiwanese startups.

EE Times: As a casual observer, I see TSMC as the electronics industry’s champion. In Taiwan, you have a solid base of PC manufacturers. And obviously, you have MediaTek and Foxconn. But other than a whole bunch of companies who make parts, components, and subsystems, I wonder how the ecosystem in Taiwan is going to grow.Chen: Taiwanese are really good at identifying the value chain in the high-tech industry and figuring out a way to extend or shift their business to create more value.

Take the example of UMC. The company started out as an integrated device manufacturer. By shifting the model to a foundry business, it spun off its internal IC design team, which became MediaTek. By doing so, UMC figured out a way to extend its business.

Foxconn is another example. The company’s initial focus was on its connector business. But as Foxconn saw the ecosystem in the electronics market growing, it shifted to the electronics manufacturing services (EMS) business. Foxconn might be on its way to extend its business again, as seen in its recent acquisition of Sharp Corp., an LCD company.

Taiwanese companies have constantly advanced their business through their understanding of the supply chain, changes in the ecosystem, and being flexible enough to shift focus to the new area when they perceive they can create more value. That’s in our DNA.

Chen: Because we have limited resources, we can’t do everything. We need to be selective and we need to be focused. Companies, universities, and non-profit government institutes work closely.

Foxconn’s Terry Gou, for example, visits our university research labs all the time. He plows through academic research, looks for new business ideas, and gives endowment to professors with projects that might be relevant to Foxconn’s business interest.

EE Times: You mean Foxconn is using universities and research institutes in Taiwan as its R&D labs?

Chen: In a way, yes. As I said before, Taiwan is a small country. That’s our advantage. People know one another. If you’re an entrepreneur who wants to change society, Taiwan is the place. Your ideas, your innovation will have a better chance to become a reality much faster here and can have a bigger impact on society.

EE Times: I came to Taipei this week to cover Taiwan’s exhibition for auto parts and accessories. I see a lot of automobile frames and parts, engine parts, fittings components, power trains, steering lamps, brakes, wheel tires, and wheel covers. But without a presence of local large automotive OEMs, it’s hard to imagine how Taiwan is going to move up the value chain.Chen: We believe the emergence of Electric Vehicles will change Taiwan’s automotive landscape. With electronics at its heart, EVs should play to our strength.

Other than EVs, we think Taiwan will also play an important role in biomedical and green electronics.

EE Times: Even when Moore’s Law may be running out of gas, are you saying that semiconductors will continue to serve Taiwan well?

Chen: Nicky is my friend. Yes, I know the theory. We think there are a lot of things we can do to bring more innovation to the development of new materials.

We will extend our scientific innovations by leveraging our foundational bases for the semiconductor cluster and supply chain.

Chen: I didn’t have money. I constantly had to work to continue my study. That’s why I ended up staying in Taiwan.