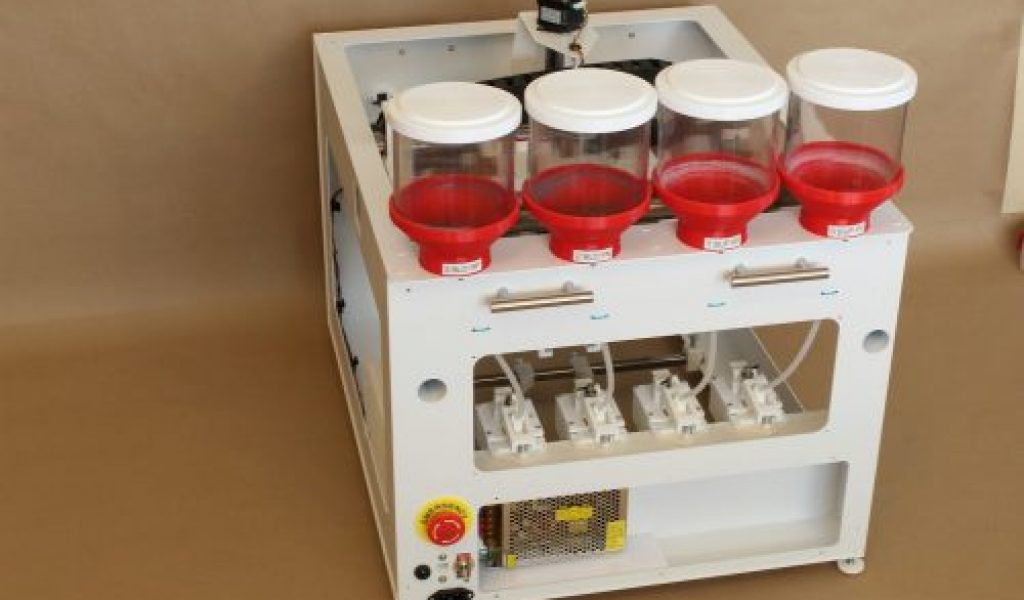 Iro3D made quite a splash a few months ago when they announced their $5,000 metal 3D printer. While $5,000 might seem quite hefty, it’s very cheap for a metal printer. Now, Iro3D just announced that they’ve already shipped out quite a few of their new machines. With a move towards international shipping, the company’s SPD metal technology has just made it’s first foray onto the global stage.

Initially, the printer was exclusively available in the Seattle area and only as a Beta version. Now, Iro3D appear to be distributing to the rest of the US, as well as Canada and Hong Kong, where they have sold a select number of devices to various firms. The printer has been available for pre-orders since May of this year and Iro3D have sold 4 of their printers already.

The company has also clarified certain specifications for the printer and the SPD metal printing process. It has a build volume of 300x300x100 mm and Iron and support powders cost $5 per pound. They claim that it works with high-carbon steel, copper-iron, copper-nickel, mild steel, copper-silver, copper-gold, silver-gold, gold-nickel and silver-nickel. Similarly, mild steel would require a higher temperature kiln, whereas metals like aluminum, stainless steel, titanium, would require further research and a kiln with controlled atmosphere, like vacuum and argon. It’s an impressive range of metals, nonetheless.
Selective Powder Deposition Technology

As we reported previously: the printer uses a multi-step process requiring the production of a crucible from sand and metal powders. Users have to then process this crucible into the eventual product. The printer does away with a lot of the standard parts expected of additive manufacturing. It has no fans, heat beds, and hot ends for example. It boasts a 0.3mm layer resolution and has a 1mm pourer (its alternative for a hot end).

Much of this is same and Iro3D have carried it over to the latest version. The process has distinct advantages like being cheaper and having no shrinkage. However, there is about 2% shape distortion when baked in a stainless steel crucible, due to the horizontal thermal expansion crucibles undergo. Although, users can mitigate this with ceramic crucibles.

The capillary action creates adhesive force to overpower the cohesive force and create an attraction between liquid metal particles and powder metal. Consequently, the liquid metal fills up the gaps between the powdered particles brings those particles up to the same temperature to form a kind of eutectic alloy. This is one of the reasons sand it used, since it’s so dissimilar to metal powder it can’t undergo capillary action.

One of the downsides is that the the process can be quite a bit slow. It also requires the kiln which can cost quite a bit (completely new can be one for $1,000). Iro3D also do not sell their own consumables and materials for printing, which users can acquire from 3rd parties. Considering that the printer costs $5,000 (plus shipping), it still manages to be cheaper and more accessible than many machines out there.

About the author | Rawal Ahmed