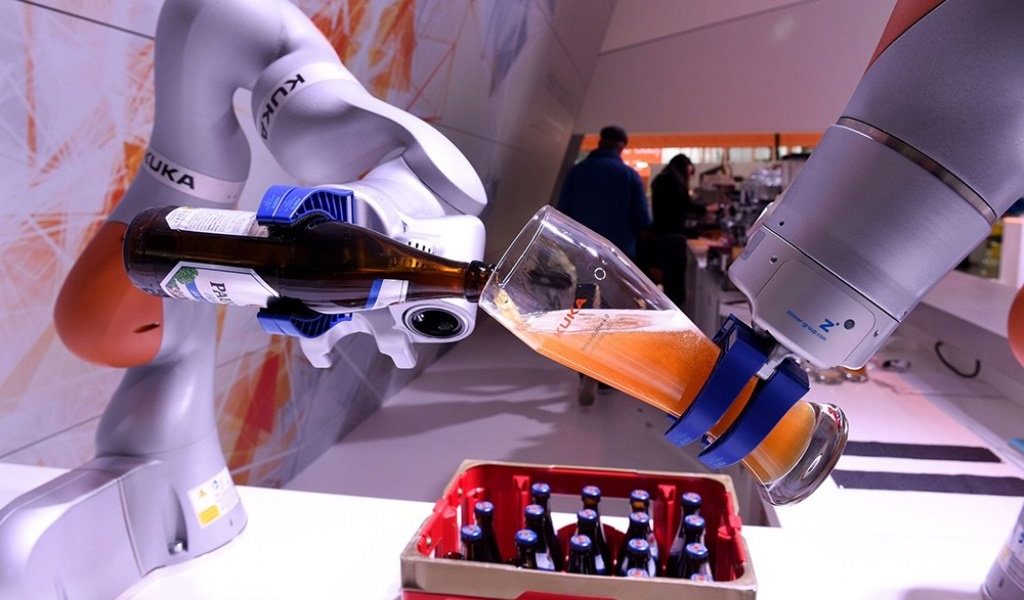 Our interactive calculator lets you find out how threatened you are

TOKYO — Robots are making people redundant, and you may be next.

Once a flight of fancy, we are now in an age where workers of all stripes, including professionals and white-collar workers, could be on the receiving end of pink slips thanks to robots.

The debate over robots and artificial intelligence has mostly been confined to advanced economies, but the trend will no doubt have wide implications for emerging economies in Asia as well.

The Nikkei and the Financial Times conducted a joint research project regarding the possible impact of automation in the workplace. Using an interactive calculator developed by the FT that draws on data from the McKinsey Global Institute, the Nikkei Asian Review looked at some jobs that Asia’s workers can expect to lose to robots.

While the automation rate differs, most jobs will in some way be affected by robots. The current robot and artificial intelligence phenomenon will have implications of the same magnitude as when weaving machines replaced English textile workers in the 19th century and when Ford’s Model T forced horses off the streets.

Southeast Asia is a major magnet for industry. With a huge workforce, low wages and accommodating governments, corporations continue to flock there. But the region is shaping up to be a nightmare for workers employed in manufacturing and related fields. Over 80% of the sector’s industrial activities can be automated, spelling disaster for those employed in this area. For now, the situation is stable. Eventually, however, factory assemblers, welders, shoemakers, sewing machine operators and others will see most of their jobs automated using currently available technology.

The International Labor Organization is wary of this, too. It warned in a 2016 report that 137 million workers — or 56 percent of the workforce in Cambodia, Indonesia, the Philippines, Thailand and Vietnam — are at high risk of losing their jobs to automation, with those in the garment industry particularly vulnerable. “Preparing the workforce for new ways of working through corporate education and government initiatives are critical for a timely and effective response to automation trends,” the report said.

Asia is a food lover’s paradise. Bangkok is bursting with traditional street restaurants, while in Jakarta, where the middle and wealthy classes are growing, upscale restaurants are opening all over town.